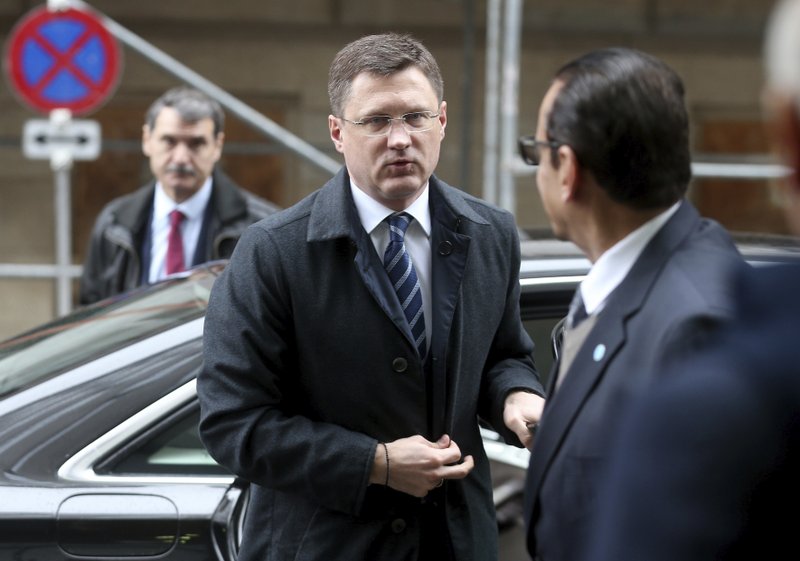 VIENNA -- OPEC and Russia failed to agree Friday on a production cut intended to contain a plunge in oil prices caused by the coronavirus outbreak's global economic disruption.

The price of crude oil fell sharply as a result, with benchmarks plunging 10%. Oil prices are now down by a third since the start of the year.

"The coronavirus has claimed one victim: the alliance of oil producers," said Roger Diwan, an analyst at consultant IHS Markit Ltd. and a veteran OPEC watcher. "Facing a dramatic decline in demand, they are throwing in the towel on market management. We are likely to see the lowest oil prices of the last 20 years in the next quarter."

While cheaper oil will translate into more affordable energy for consumers and businesses, it hurts producing countries, drillers and refiners. Thousands of workers have already been laid off in the U.S. oil patch.

[Video not showing up above? Click here to watch » https://www.youtube.com/watch?v=VW5jkot3T9k]

The unraveling of the talks in Vienna also highlights the limited power of the cartel to influence world energy markets, unlike in its heyday in the 1970s. The United States recently became the world's biggest oil producer and keeps pumping at full capacity.

The 14 OPEC members had wanted to cut output by 1.5 million barrels a day, or about 1.5% of world production. Cartel members like Saudi Arabia and Iran say they need nonmember allies like Russia to take 500,000 barrels of that cut on themselves.

Russia, however, proved reluctant and OPEC Secretary-General Mohammed Barkindo of Nigeria said Friday that the meeting had been adjourned.

"At the end of the day, there was the general painful decision of the joint conference to adjourn the meeting," Barkindo said. He said informal talks would continue because the situation is urgent.

"The numbers are clear. The demand destruction is real," he said.

Barkindo said "one or two" non-OPEC countries at the talks Friday had been reluctant to agree to the proposed cuts.

Russia and other non-OPEC countries have been working with the cartel in recent years and agreed on earlier cuts. However, Russia can tolerate low oil prices better than Saudi Arabia can and appears reluctant to lower output of its main revenue-making export.

In the meeting Friday, the Saudis appeared to gamble that they could strong-arm Russia and failed.

The move only seemed to increase the resistance of Russia's president, Vladimir Putin.

"We have just witnessed the perils of backing Putin into a corner," said Helima Croft, analyst at RBC Capital Markets, an investment bank.

While Saudi Arabia can produce oil cheaply, it needs $83.60 per barrel to balance its state budget, according to the International Monetary Fund, as it is almost exclusively dependent on oil revenue. Russia needs only $42.40 a barrel.

Analysts say OPEC may struggle to keep oil prices from falling further, particularly as the full impact of the virus outbreak on the global economy has yet to be understood.

"There is still too much uncertainty regarding the amount of demand destruction," analysts at research firm Petromatrix said in a note to investors.

The spread of the coronavirus has sharply reduced air travel and thus the demand for fuel, while industry in China, the world's second-largest economy, has been severely disrupted through shutdowns and travel restrictions. German airline Lufthansa said Friday that it and its subsidiaries will reduce their capacity over the coming weeks to as little as 50% of the level before the coronavirus crisis started.

Some economists think the global economy may shrink in the first quarter for the first time since the financial crisis, sapping demand for energy.

The international benchmark for crude oil fell $4.72 to settle at $45.27 a barrel on Friday. It had been trading over $50 in recent days, and is down from $69 as recently as early January, before the outbreak.

U.S. benchmark West Texas Intermediate crude plunged $4.62, or 10.1%, to settle at $41.28 a barrel. With oil under $50 a barrel, U.S. producers, including oil giants such as Exxon, are scaling back drilling as their profits get hit. The oil patch has already been shedding thousands of jobs and suffering through a surge of bankruptcies, and lower prices will expand those problems.

"U.S. shale producers were hoping to be thrown a lifeline from the [OPEC] talks, but instead many were left questioning their chances of survival," Rabobank analyst Ryan Fitzmaurice said in a report. "Share prices across the exploration and production sector currently sit at or near all-time lows as a result of high debt levels, lack of free cash flow generation, and extremely poor investor sentiment."

Oil traders will now be looking for signs of whether Saudi Arabia or any of the other OPEC affiliated nations like Russia could actually increase production.

Barkindo said OPEC was determined to avoid a repeat of the big market slump that began in 2014, when the cartel held off production cuts in order to not lose market share to a resurgent U.S. oil industry. That led to a fall in the price of oil from more than $100 a barrel to below $40 by 2015.

Even if OPEC and its allies agree on a production cut in the coming days or weeks, analysts say prices are unlikely to rise much. That's because the global economy is slowing rapidly. But also because the U.S., which is not part of OPEC and unlike Russia does not cooperate in its output decisions, has ramped up in recent years, flooding the market and keeping prices down.

While low oil prices hurt the petroleum industry, consumers benefit because of lower gasoline prices and home heating costs. Because oil is a base ingredient in many products -- from drugs to plastic -- low prices can help blunt inflation.

"How low prices go and how long they are depressed -- everything is about the coronavirus," said Patrick DeHaan, senior petroleum analyst for Gas Buddy, which tracks gas prices nationally. "How far we go down depends on how much worse it gets."

Information for this article was contributed by David McHugh, Kiyoko Metzler and Cathy Bussewitz of The Associated Press; by Nayla Razzouk, Grant Smith, Natalia Kniazhevich, Catherine Ngai and Golnar Motevalli of Bloomberg News; by Stanley Reed of The New York Times; by Thomas Heath of The Washington Post; and by Michael E. Kanell of Cox Newspapers. 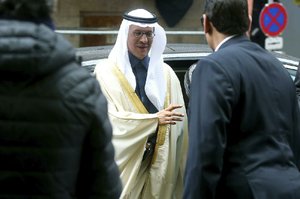