Seniors aim to make most of finale 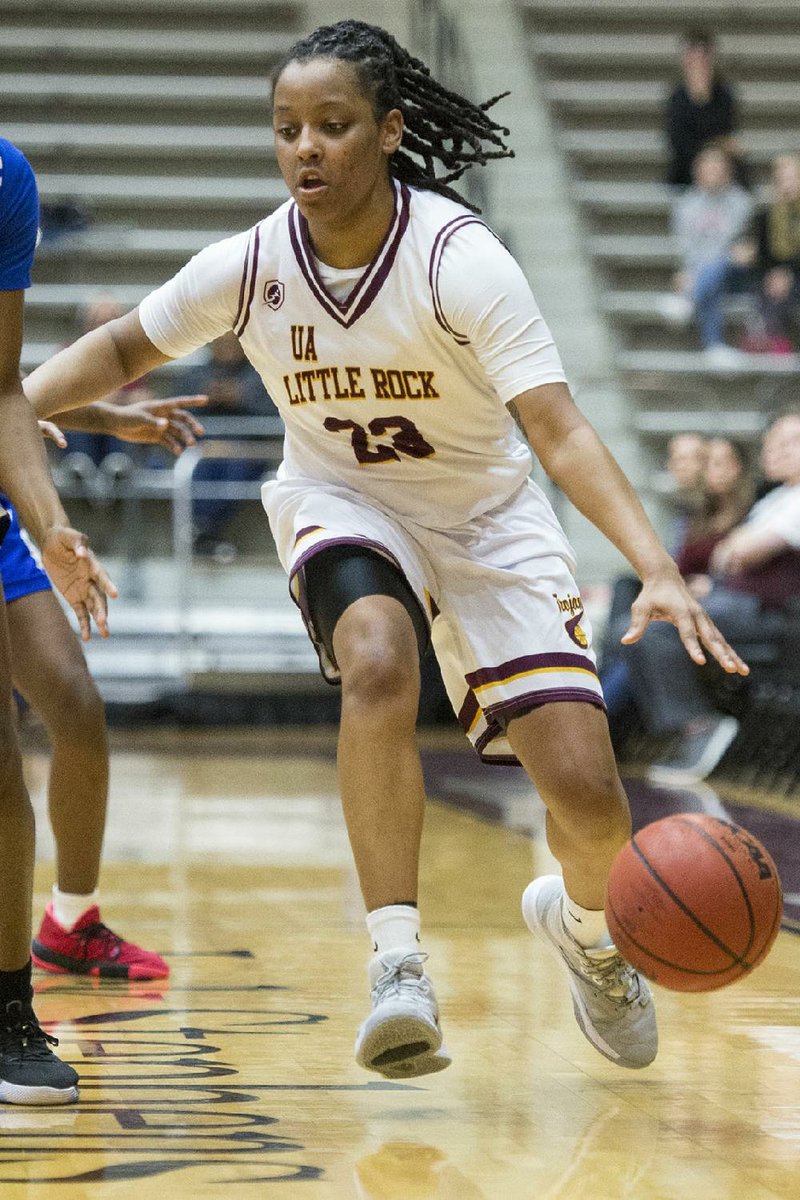 Guard Kyra Collier could have played at a more high-profi le program, but she chose to stay close to home and play at UALR. Collier and fellow senior guard Sydney Chastain will be honored before today’s game against South Alabama. (Democrat-Gazette file photo)

Kyra Collier could have played at a more high-profile program and competed for national championships.

Her college decision came down to Mississippi State, which has emerged as a powerhouse in recent years under Coach Vic Schaefer, or staying home and playing at the University of Arkansas at Little Rock, a campus that's located less than 10 miles from where she played her high school ball.

"I wanted to stay home," said Collier, a former star at North Little Rock High School. "I wanted to make sure I could be around my family, make sure my parents and my siblings could be able to watch me play. It's a big thing for me to see them in the stands."

Sydney Chastain, an Oklahoma City native, didn't have quite the same type of college decision. Her other option was the Air Force Academy in Colorado Springs, Colo.

Collier and Chastain's basketball journeys could have ended up on much different paths four years ago, but this season the two guards have found themselves as the only two seniors and the major leadership presences in a youthful Trojans locker room, as UALR has hobbled to an 11-17 overall record and 9-8 mark in the Sun Belt Conference.

"It's been tough for them, I'm sure," UALR Coach Joe Foley said. "Playing with the teams that they've got to play with in the past -- so I'm sure it's frustrating for them, just like it is the rest of us. But for your seniors, they know it's over after this year, so they don't get a chance to come back and get a reprieve or anything."

This season has strayed far from what the duo had gotten used to in their first three years. Over the past three seasons, the Trojans claimed three consecutive Sun Belt regular-season championships, went to the NCAA Tournament twice and had a combined 69-30 record.

Foley, who won his 800th career game two weeks ago, has admitted this has been one of the most challenging seasons of his 17-year run in Little Rock.

UALR, which has six freshmen on its roster, has been wildly inconsistent.

After their five-game winning streak from Jan. 18-Feb. 6, the Trojans have since dropped six of their past seven games. UALR also saw its 38-game home winning streak in conference play snapped on Jan. 15 against Coastal Carolina. Up until then, Collier and Chastain had never lost a home Sun Belt game in their careers.

"There's been more trials and [tribulations] than we've expected, but, I mean, every team goes through those," Chastain said. "It just makes us stronger in the long run."

Collier -- who last month became the second player in program history with 1,000 points, 500 rebounds, 300 assists and 200 steals in her career -- and Chastain view their roles as teachers for the freshmen just as important as their play. That required a lot more talking out of two players who weren't previously known as vocal leaders.

"I believe it's been the toughest season I've ever had honestly, because I've always had people around me that kind of took on vocal roles and those type of things," said Collier, who aspires to be a coach someday and said this season has helped her grow toward that goal. "I was pretty much just the person that came out, did what I had to do and kind of left."

The Trojans host South Alabama (13-16, 8-9) today at 2 p.m. at the Jack Stephens Center in Little Rock for senior day and the regular-season finale, but a victory will see to it that Collier and Chastain play at least one more home game in their careers.

UALR has a chance to clinch the fourth seed in the Sun Belt Tournament, guaranteeing itself of home-court advantage in the first and quarterfinal rounds. Collier and Chastain know anything can still happen this time of year.

"[Coach Foley] always talks about his seniors going out with a bang," Chastain said. "Me and Kyra are trying our best to push everybody else, to push ourselves."

CHALK TALK UALR can clinch the fourth seed in next week's Sun Belt Tournament with a win today. The Trojans are currently tied for fourth in the standings with Louisiana-Lafayette, but UALR holds the head-to-head tiebreaker from its 59-44 victory over the Ragin' Cajuns on Feb. 1 in Lafayette, La. ... UALR has dropped six of its past seven games. ... South Alabama enters on a three-game losing streak. 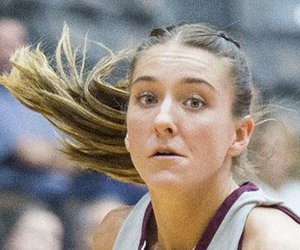 UALR guard Sydney Chastain (12) dribbles down court during the game at the Jack Stephens Center in Little Rock on January 18, 2020. (Arkansas Democrat-Gazette/Jeff Gammons)

Print Headline: Seniors aim to make most of finale