TREASURE HUNT: Is this the Holy Grail of American coins? 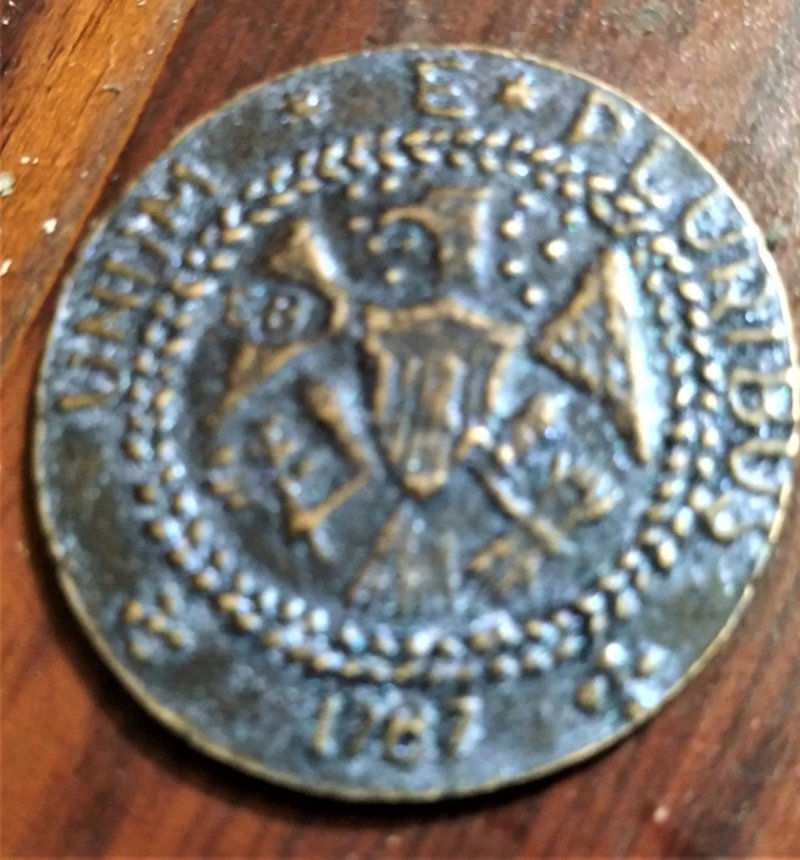 If this were an original Brasher Doubloon, it would be the find of the century. (Handout/TNS)

DEAR HELAINE AND JOE: I have a 1787 Brasher coin and I would like to get your opinion on it. I am sending a picture from the internet and a picture of the one I own. Please let me know your thoughts before I take it to a coin shop.

DEAR R.G.: The 1787 Brasher Doubloon has been called the Holy Grail of American coins. Some call it the most important and most valuable coin in the world. The example in the online picture supplied by R.G. reportedly sold for $10 million!

There are only seven of the coins known to exist. Finding another one would probably generate a story on the national evening news. However, we do want to point out one of the coins was actually discovered in a Philadelphia sewer in 1897 and now resides in the collection of the American Numismatic Society.

Ephraim Brasher (pronounced "Bray-zher") was born in New York on April 18, 1744. Not much is known about his early life, but Brasher eventually became a gold/silversmith. He also enlisted in Col. John Lasher's regiment of the New York Provisional Army in 1775 as a lieutenant of grenadiers (a "grenadier" is an infantry soldier armed with grenades). He retired as a major in 1796.

Brasher was George Washington's next-door neighbor for a time. He made items from gold and silver but was also an assayer who examined foreign coins for banks, private individuals and later for the U.S. Mint. On the coins he assayed that were of the correct purity and weight, Brasher would place his "EB" mark.

Genuine Brasher-designed 1787 doubloons should be made from gold and weigh somewhere between 406.8 and 411.5 grains (480 grains equal one Troy ounce) and should be about 30 mm in diameter (or roughly 1.18 inches). We do not have any idea about the size or the weight of R.G.'s coin, but the photographs we have do not appear to show a gold coin. It looks like pewter with a copper or brass overlay that gives the impression of having been worn away either naturally or artificially.

Brasher fakes and reproductions (including backdated coins made from new dies) outnumber originals by orders of magnitude. Finding a new example of an original Brasher Doubloon is not impossible, but it's highly unlikely. With the information we have, we must consider R.G.'s coin to be a fake of unknown origin that should be valued at less than $20. More and better data might change our minds.