TVA to spend $300M to rid Memphis of coal ash 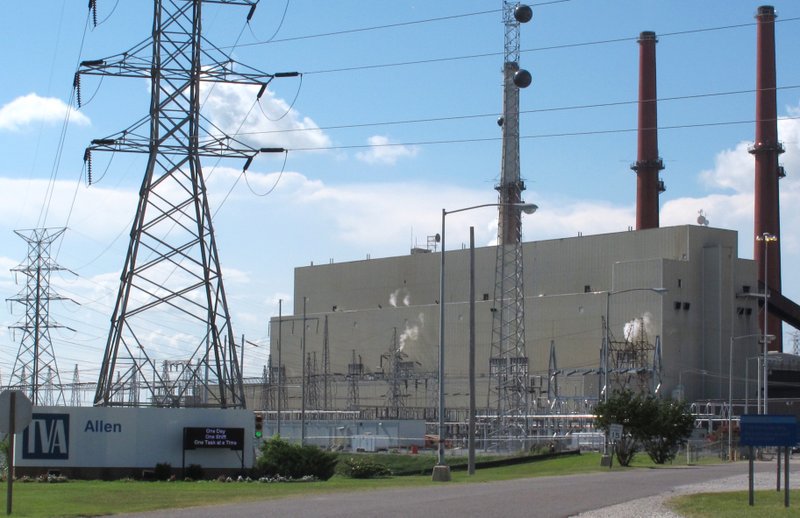 FILE - In this July 14, 2017 file photo, The Tennessee Valley Authority's coal-burning Allen Fossil Plant in Memphis, Tenn. Groundwater in wells at the plant have tested for excessive levels of arsenic and lead. The Tennessee Valley Authority says it plans to move toxin-laden coal ash from a retired plant in Memphis to an off-site landfill. The nation's largest utility says it is considering six landfills in the South after it decided to move millions of cubic yards of coal ash from the old Allen Fossil Plant in Memphis rather than keep the material in place.(AP Photo/Adrian Sainz)

MEMPHIS -- The Tennessee Valley Authority plans to move toxin-laden coal ash from a retired plant in Memphis to an off-site landfill, at a cost of roughly $300 million, the federal utility said Friday.

The utility is considering six landfills in the South after it decided to move 3.5 million cubic yards of coal ash -- the byproduct of burning coal for power -- from the old Allen Fossil Plant in south Memphis, rather than keep the material in place.

TVA said in an environmental impact report that it prefers taking the coal ash to an off-site landfill rather than moving it to a processing facility because construction and operation of the facility would delay economic development of the Allen site and lead to issues with air and noise emissions, safety risks and public disruption.

The decision to move the Allen coal ash was the latest move by the authority as it deals with the material's disposal in Tennessee. TVA, which provides power to more than 10 million people in parts of seven Southern states, has recently come under scrutiny for its handling of coal ash.

In 2017, high levels of arsenic and other toxins were found in monitoring wells at Allen, igniting fears that the aquifer that supplies Memphis' drinking water could become tainted.

Testing has since deemed the public water supply unaffected. But a report released by the utility also showed a connection between the shallow aquifer where toxins were found and the deeper Memphis Sand Aquifer that provides the city's drinking water.

Allen's three coal-fired units were retired in 2018. The authority then began supplying power to the grid from the site with the new natural gas-powered Allen Combined Cycle Plant.

But she also accused the utility of ignoring requests from "potentially affected communities, including those in Shelby County, to fully disclose and analyze impacts from disposing the coal ash off-site."

Some residents of Uniontown, where coal ash was taken after a dam collapsed at the utility's Kingston Fossil Plant in Tennessee in 2008, have told the utility to stay away, according to public comments in the environmental report.

Brooks said the permitted landfill sites meet state and federal design, location and cleanup criteria for municipal waste and industrial waste landfills. TVA published ads in newspapers informing residents that their community had been named by the utility, Brooks said.

The Environmental Protection Agency began working to regulate coal ash after the six-story earthen dam failed in Kingston, spilling 5.4 million cubic yards of ash into the Emory River and the surrounding community. The EPA released regulations in 2015 that treat coal ash more like household garbage than a hazardous material.

Under a lawsuit settlement, the utility agreed last year to dig up and remove about 12 million cubic yards of coal ash from unlined pits at a coal-burning power plant in Gallatin, Tenn. According to court filings, pollutants leached from the ash into the groundwater and then entered the Cumberland River, a source of drinking water for Nashville.

The Gallatin cleanup is expected to cost about $640 million and be finished by 2040. TVA has agreed to excavate the majority of the coal ash stored at Gallatin and recycle it or remove it to a lined, permitted landfill.