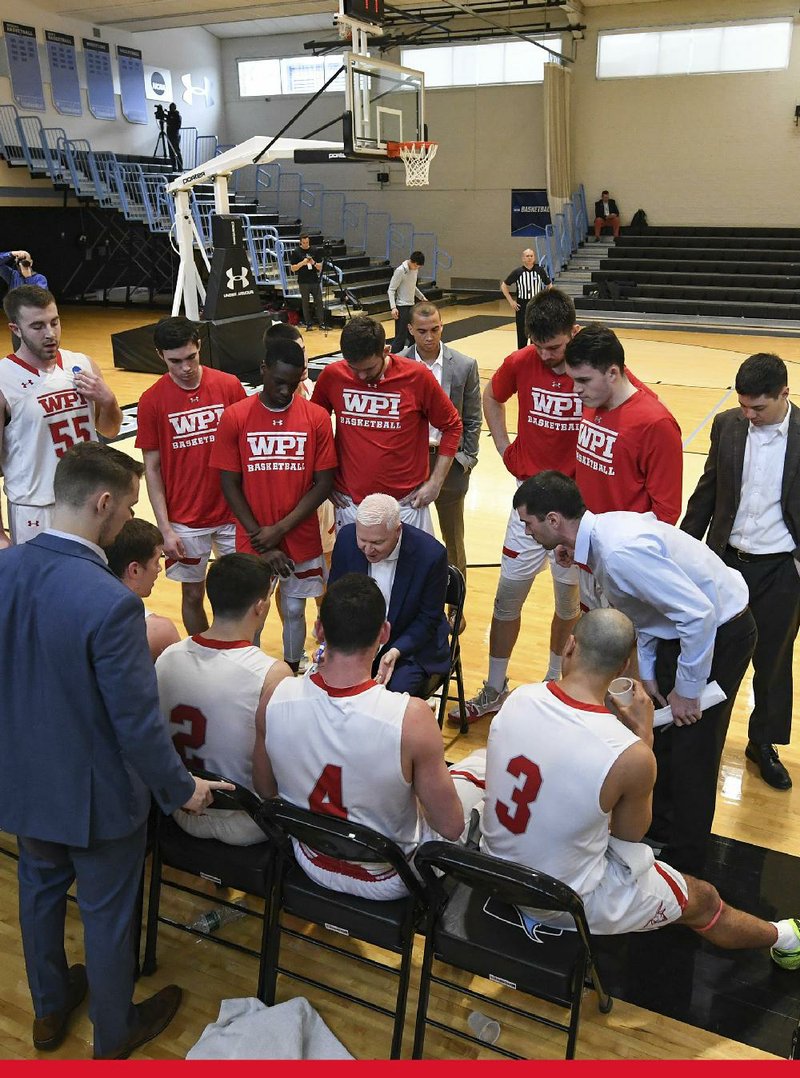 Worcester Poly- technic Institute Coach Chris Bartley talks with his team during a timeout against Yeshiva during a rst-round game of the men’s col- lege basketball NCAA Division III Tournament on Friday at Johns Hopkins University in Baltimore. The school hosted the game without spectators after cases of the coronavirus were con rmed in Maryland. (AP/Terrance Williams)

MIAMI -- The NBA, NHL, Major League Baseball and Major League Soccer are closing access to locker rooms and clubhouses to all non-essential personnel in response to the coronavirus crisis, the leagues announced in a joint statement Monday night.

The leagues said they made the decision "after consultation with infectious disease and public health experts." The NBA, in a call with teams earlier Monday, stressed that the move is not to ban reporters but to ensure the safety of players and staff in those areas.

The statement, in part, read: "Given the issues that can be associated with close contact in pre- and post-game settings, all team locker rooms and clubhouses will be open only to players and essential employees of teams and team facilities until further notice. Media access will be maintained in designated locations outside of the locker room and clubhouse setting." 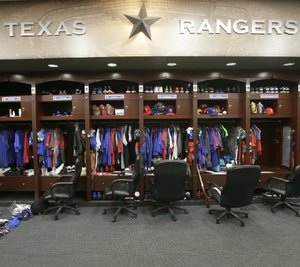 Photo by AP
The NBA, NHL, Major League Baseball and Major League Soccer announced in a joint statement Monday they will be closing access to clubhouses and locker rooms — such as the one above of the Texas Rangers — to all non-essential personnel in response to the coronavirus crisis. (AP le photo)

The changes, which the leagues say are temporary, will begin today -- though some NHL teams began putting them into use this past weekend. The NBA said interviews with players would continue in different settings, stressing a gap of 6 feet to 8 feet between reporters and interview subjects.

It is unclear how long the new policies will last.

For most people, the new coronavirus causes only mild or moderate symptoms, such as fever and cough. For some, especially older adults and people with existing health problems, it can cause more severe illness, including pneumonia.

The vast majority of people recover from the new virus. According to the World Health Organization, people with mild illness recover in about two weeks, while those with more severe illness may take three to six weeks to recover. In mainland China, where the virus first exploded, more than 80,000 people have been diagnosed and more than 58,000 have so far recovered.

"Roses are red, Violets are blue, Wash your hands! WASH YOUR HANDS!" Enes Kanter of the Boston Celtics wrote on Twitter.

Meanwhile, there is already a clear sense of the new normal in the U.S.

The Miami Heat held their annual gala at a theater in Miami Beach on Monday night, albeit a bit differently than usual. The team's three NBA championship trophies were near the entrance -- with someone standing by with a bottle of hand sanitizer. And guests, when they arrived, were offered champagne by some attendants, more hand sanitizer by others.

"Until the league says something else, we are business as usual with a tremendous amount of caution and prevention to make sure everybody's safe," Heat President Pat Riley said Monday night. "But also, educating them that they've got to do the same thing."

The NBA told teams last week to prepare for the possibility of playing games in empty arenas, something the game's biggest star -- Los Angeles Lakers forward LeBron James -- insists he does not want to see.

"I doubt that that's going to happen," Riley said. "But you have to be prepared."

MLB officials, like the NBA, held a conference call with all 30 of its franchises Monday to discuss the new policies. All four leagues -- and the NFL, which has been involved in the talks but isn't part of this policy since no teams are currently holding practices -- are collecting information from the CDC and Canadian health officials, even as the situation changes almost on an hourly basis.

"We are regularly conveying the guidance from these experts to clubs, players, and staff regarding prevention, good hygiene practices and the latest recommendations related to travel," MLB said in a statement. "We are continuing to monitor developments and will adjust as necessary. While MLB recognizes the fluidity of this rapidly evolving situation, our current intention is to play Spring Training and regular season games as scheduled."

More than 113,000 people worldwide have tested positive for the disease and over 3,900 people with the virus have died, most of them in China. More than 62,000 people have already recovered. The virus has infected more than 600 people in the United States -- including the director of the agency that runs the airports in New York and New Jersey.

The Pro Basketball Writers Association quickly responded to the leagues' announcement by saying its membership "believes the safety of fans, players, team employees, arena workers and the media who cover the league must be protected. Our thoughts are with all people who already have been adversely impacted by the virus.

"Therefore, we understand the NBA's decision to temporarily close locker rooms to everyone but players and essential team personnel with the NBA's promise that once the coronavirus crisis abates, the league will restore full access to the journalists who cover the league."

Some NCAA Division III men's basketball games this past weekend were played without crowds because of concerns over the virus. At least one college hockey playoff series this coming weekend in Troy, N.Y., between RPI and Harvard also will be played without fans.