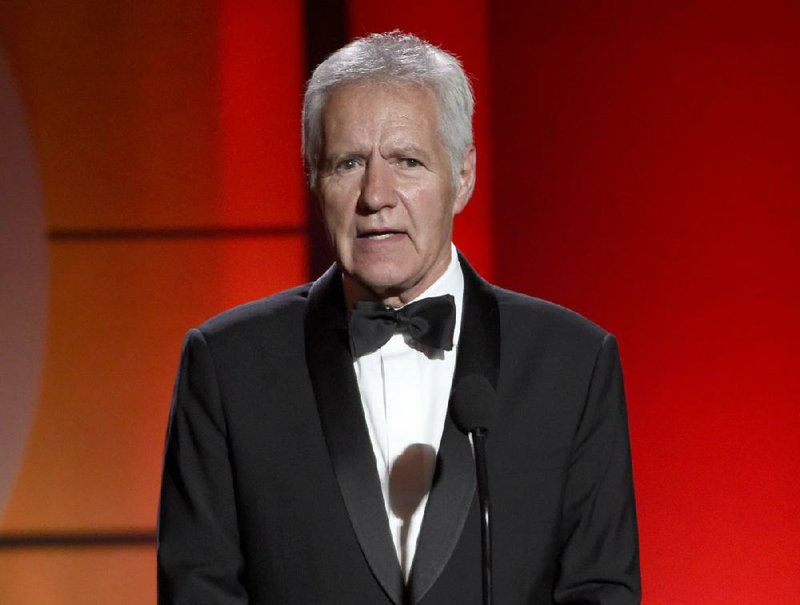 FILE - In this April 30, 2017, file photo, Alex Trebek speaks at the 44th annual Daytime Emmy Awards at the Pasadena Civic Center in Pasadena, Calif. The "Jeopardy!" host says his response to advanced pancreatic cancer treatment is "kind of mind-boggling" and his doctors say the 78-year-old is in "near remission." Trebek tells People magazine he's responding very well to chemotherapy and the doctors have told him "they hadn't seen this kind of positive results in their memory." Trebek says some of the tumors have shrunk by more than 50%. (Photo by Chris Pizzello/Invision/AP, File)

• When people tune in to the next few episodes of Jeopardy!, 95-year-old Johnny Gilbert's familiar voice will greet them, as usual. "This is Jeopardy!" he will enthusiastically announce, just as he has done for nearly every episode of the show since 1984. But when he introduces the show's longtime host, Alex Trebek, something will be missing: The live audience's applause. On Monday evening, Jeopardy and Wheel of Fortune confirmed that the shows had suspended filming in front of live studio audiences to prevent spreading the novel coronavirus to vulnerable people who might show up to a taping at Sony Pictures Studio in Culver City, Calif. A person close to the shows told The Associated Press on Monday that the move is being taken out of an abundance of caution given the spread of the new coronavirus in numerous communities in the United States and abroad. The cautious approach may protect audience members as well as the hosts and announcers, some of whom belong to high-risk populations that have been issued special precautions by the Centers for Disease Control and Prevention. Jeopardy! announcer Gilbert and Wheel of Fortune hosts Pat Sajak and Vanna White are all older than 60, which the CDC says puts them at "higher risk of getting very sick from covid-19." Trebek, the 79-year-old host of Jeopardy!, is doubly vulnerable because of his age and his recent treatment for pancreatic cancer. The popular game shows are the latest television productions to shift plans due to the new coronavirus. 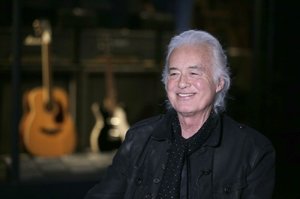 • A federal appeals court on Monday restored a jury verdict that found Led Zeppelin did not steal "Stairway to Heaven." The 9th U.S. Circuit Court of Appeals in San Francisco handed the major win to guitarist Jimmy Page and singer Robert Plant and dealt a blow to the estate of Randy Wolfe of the band Spirit. The estate claimed that the 1971 mega-hit "Stairway to Heaven" violated the copyright of the 1968 song "Taurus." A majority of an 11-judge panel overturned a previous ruling that the jury in the 2016 trial should have heard the recording of "Taurus" and was given poor instructions before jurors found in favor of Page and Plant. The attorney for Wolfe's estate, Francis Malofiy, said that Led Zeppelin prevailed because of technicalities and judges' misunderstanding of copyright law with their insistence that sheet-music transcriptions of the songs filed with the U.S. copyright office were the only relevant material, especially given that neither Page nor Wolfe even read music. "I have to go to court proving that Jimmy Page copied something that he never saw," said Malofiy, who plans to appeal the decision. Representatives for Led Zeppelin declined comment.