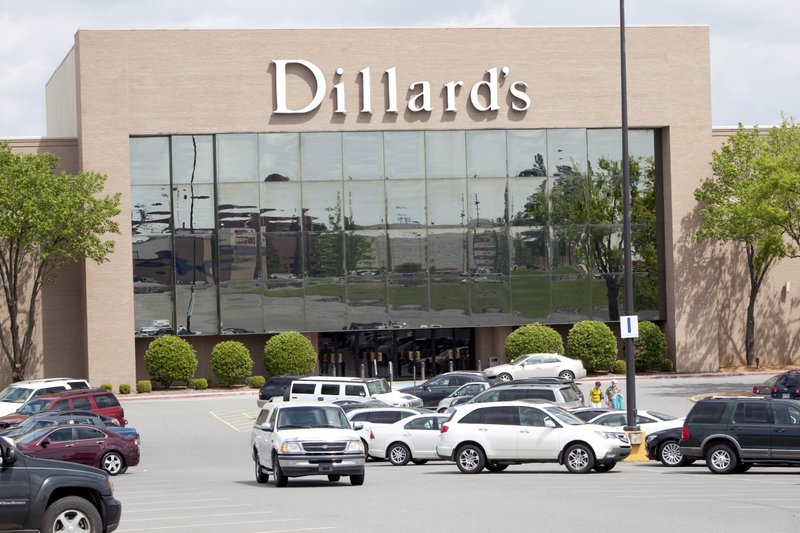 A Little Rock man arrested and charged in the theft of $2,430 worth of polo shirts from Dillard's in North Little Rock was charged six days later with stealing more of the shirts worth $3,178 from the same store, according to police reports.

According to police reports, Tony Richardson, 36, took off with the shirts from the Dillard's in McCain Mall twice -- on Feb. 25 and March 2.

On March 2, a witness at the Dillard's store at 3929 McCain Blvd., told a North Little Rock police officer that a man had grabbed thousands of dollars worth of polo shirts and fled, a North Little Rock arrest report said. Officers confronted the suspect in the parking lot and he ran across the road into "heavy traffic," dropping 10 shirts as he ran, the report said.

Another witness told police he saw a man drop several shirts as he got into a vehicle in a McDonald's parking lot at 4008 McCain Blvd., the report said. The witness took down the vehicle's license plate number, according to the report.

Tracking down the plate, officers went to 1620 Schaer St. where they confronted Richardson as he was getting out of his vehicle, the report said. Richardson took off on foot with the rest of the shirts, and officers arrested him "several blocks" away, according to the report. He was charged with two misdemeanor counts of fleeing officers and felony theft of property and taken to the Pulaski County jail.

It wasn't long before officers connected Richardson to a similar incident at the Dillard's the week before. A witness told police on Feb. 25 that a man reportedly entered the store and took $3,178 worth of polo shirts, a different police report states.

A witness told police that security footage captured a man on "several occasions" taking stacks of merchandise from a display and leaving out of the south exit, the report said.

On Friday, officers took Richardson back to North Little Rock for questioning, and he admitted to the Feb. 25 theft and was arrested a second time, according to the report.

Dillard's representatives declined comment on the prices of the shirts, but a check of the store found that the Polo brand of the shirt style ranges from just under $90 to almost $100.

The check of the store also found that the Polo display was approximately 10 feet from a store exit.

The two charges from theft of a combined $5,608 worth of Polo shirts are not the most serious charges Richardson is facing.

He also admitted to the robbery of a tobacco store on Jan. 26 during questioning on Friday, according to another arrest report.

Officers were sent Jan. 26 to the Tobacco SuperStore at 3807 Camp Robinson, where a witness said a man stole several cartons of cigarettes from behind the counter and then fought with the clerk as he fled.

A judge set Richardson's bail at $54,500, $50,000 of which was set in the four felony charges stemming from the tobacco store robbery, according to the Pulaski County jail roster. His next court date is May 4.