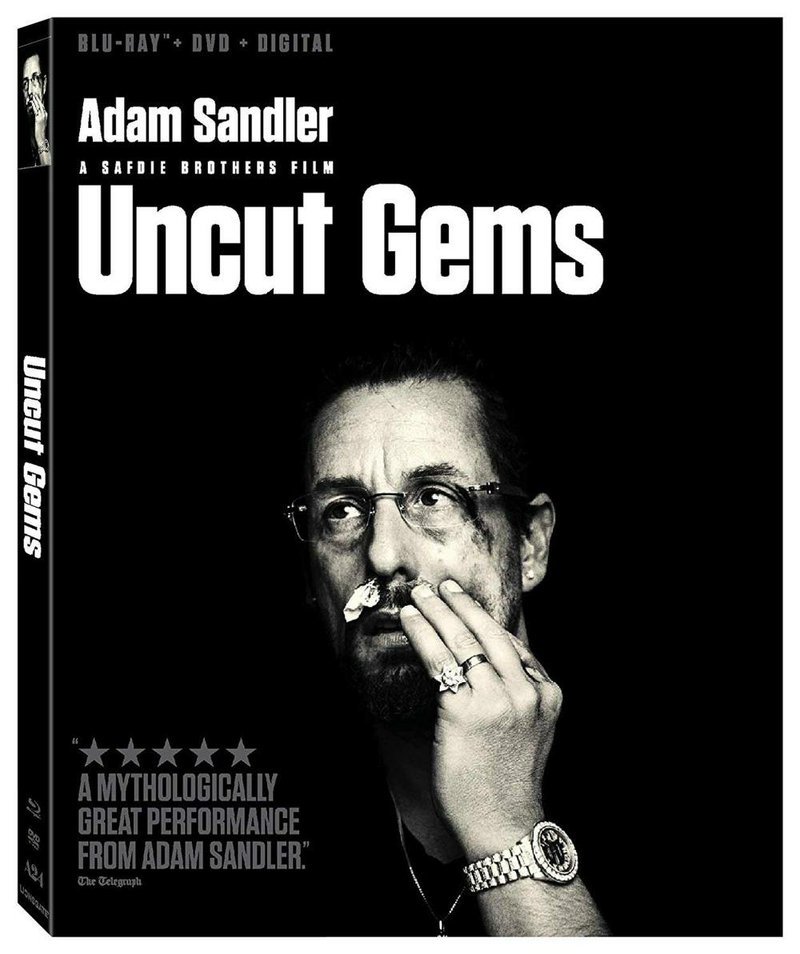 Got a passion for capitalism?

Here's your chance to follow the tensely exhilarating fortunes -- up and down -- of a scuzzy New York jeweler (Adam Sandler) who risks everything on a series of high-stakes bets that puts his business and family at risk. Our critic Philip Martin thought it was one of the best movies of 2019. Your results may vary.

But you know how they say some movies are like theme park thrill rides.

Uncut Gems is like that because on a theme park thrill ride, you deep down understand that you're safe, that you're only tricking your lizard brain into believing you're in danger by the pulling of g's and the stop-and-start whiplash hurtling around hairpins. On a theme park thrill ride, you see the guardrails, you're aware of the apparatus. Keep your limbs inside the cart at all times and you can probably walk away when it clicks to a stop.

You know this, even if your body doesn't.

That's pretty much the same gambler being threatened on screen. You know they're not really going to hurt him. But knowing and feeling are different things, and watching Uncut Gems is like being dragged by your lapels through a black-lit mirrored funhouse populated by hard men with murderous eyes while fireworks scream and bang, and a wheedling goblin with the voice of Gilbert Gottfried rides your back. Sound like fun?

Charlie's Angels (PG-13, 1 hour, 58 minutes) Yet another remake of the popular 1970s TV series (remember Farrah Faucett, Jaclyn Smith and Kate Jackson?) in which three gutsy, smart, highly trained investigators (played this time around by Kristen Stewart, Naomi Scott, Ella Balinska) show off their action-packed skills all over the world in the employ of mysterious Charlie Townsend. Nothing new here, but there's a certain aimless pleasure in not needing to concentrate much in order to keep up with what's going on. With Djimon Hounsou, Sam Claflin, Nat Faxon, Patrick Stewart; Elizabeth Banks directs, writes and co-stars.

Inherit the Viper (R, 1 hour, 30 minutes) Taking on a timely subject with fine performances, this film is too vague to address the challenges faced by the likes of Kip and Josie, siblings who make a living dealing opioids until a deal goes terribly wrong. With Josh Hartnett, Bruce Dern, Margarita Levieva, Owen Teague, Chandler Riggs; directed by Anthony Jerjen.

The Assent (not rated, 1 hour, 33 minutes) Can we ever get enough of films concerned with ridding ourselves of an intrusive devil? Most of us had our fill of them with William Friedkin's monumentally terrifying The Exorcist from 1973 (which still keeps some of us up at night). If that's not enough for viewers, here's a fairly low-key approach to the genre in which a widower who suffers from schizophrenia reluctantly seeks the help of a disgraced priest to save his son, whom he believes is possessed by demons. With Robert Kazinsky, Peter Jason, Hannah Ward, Caden Dragomer; written and directed by Pearry Reginald Teo.

Spies in Disguise (PG, 1 hour, 42 minutes) A good-natured and easy-going animated adventure comedy in which sophisticated spy Lance Sterling (voiced by Will Smith) and awkward scientist Walter Beckett (voiced by Tom Holland) collaborate on a mission that requires Lance to go undercover as a pigeon. With the voices of Rashida Jones, Ben Mendelsohn, Mark Ronson, Reba McEntire; directed by Nick Bruno and Troy Quane.