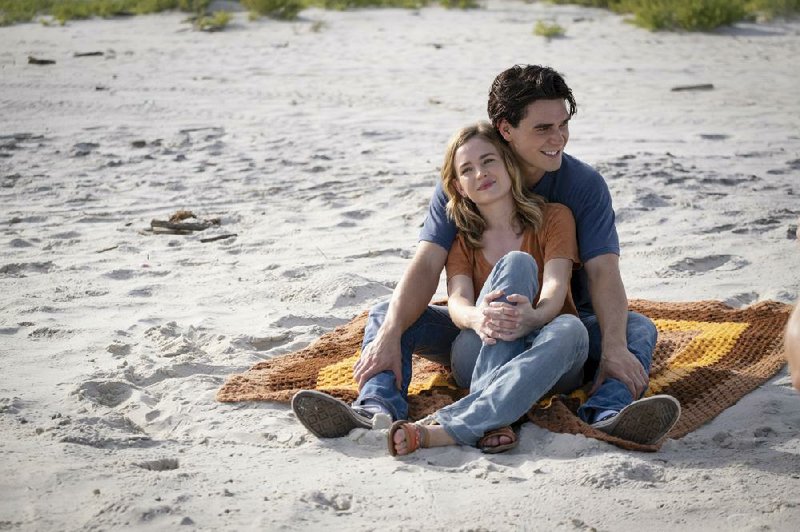 You'd never know the latter from watching I Still Believe, which is based on the early days of the singer's career.

Sibling directors Andrew and Jon Erwin manage to negate a potentially worthwhile account by approaching subjects like love, faith and death with no introspection or insight. If you find Nicholas Sparks' work too subtle and intellectually engaging, you might appreciate this film.

Worse, the music and romance at the core of the film are so tepid and dull that it's easy to wonder if the movie might have been better if it had centered around, say, the plumbing industry. At least it's fun when the plumbers are the Mario Brothers chasing giant mushrooms.

Instead, the film focuses on how Camp (played in the film by K.J. Apa from Riverdale) arrives at a faith-based campus and instantly gets involved with the thriving music scene. Or, it's thriving if you like forgettable, lifeless midtempo tunes that lull instead of arouse. He gazes into the crowd and spots a mildly contented fan named Melissa (Britt Robertson, The Last Ride) in the crowd. She mouths the words to some of the lyrics and passively nods to the beat while raising her arm.

In this movie's universe, it's love at first sight.

Before the two can exchange bromides and gaze at each other because there isn't much else to look at in the auditorium, we quickly learn there is a problem. Jeremy has been getting some support from an established singer named Jean-Luc (Nathan Parsons, The Originals). Melissa sits closer to him than Jeremy at gatherings, so she and the older man are or have been a couple.

Why Jean-Luc -- who supposedly landed a recording contract after graduating -- is still hanging around campus is unclear. He looks a little too old to be involved with coeds. As with a lot of films set in colleges, we have no idea what the students are studying or how it might make the characters seem more believably human.

From the hackneyed banter in the film, it's a little hard to tell if anything resembling a spark has been lit. One character warns the apparently smitten Jeremy, "There's only one question you need to ask: can you live without her?"

There's nothing wrong with having a movie where couples never go to bed together on screen, but I Still Believe often feels as if the filmmakers feared giving their cast coronavirus, so all physical or emotional contact has been avoided.

For all the bloodless preening about falling in love, it's hard to believe there is anything resembling a lasting bond onscreen because we end up learning very little about Melissa. We know she likes staring at stars and sitting near musicians, but that's about it. For the movie to work, we have to at least share some of Jeremy's infatuation to believe a bond exists.

True to stories that adhere to Sparks' formula, somebody is likely to come to a grim end.

The script often reveals important motivations for the characters after they have been relevant, so the movie moves at the same tepid beat as the songs. The supporting cast has some capable performers like Gary Sinise, but the Erwin brothers seem so happy to have them that they forgot to give them anything worthwhile to do.

The casting of Shania Twain seems especially baffling. She gets to look concerned as Jeremy's mother, but she doesn't sing a note. Perhaps the Erwins feared that having her sing might ruin their meticulously established sense of tedium. 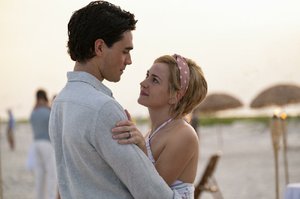 I Still Believe takes its title from a song contemporary Christian singer-songwriter Jeremy Camp (played by K.J. Apa in the film) song wrote and recorded in memory for his wife, Melissa (Britt Robertson).