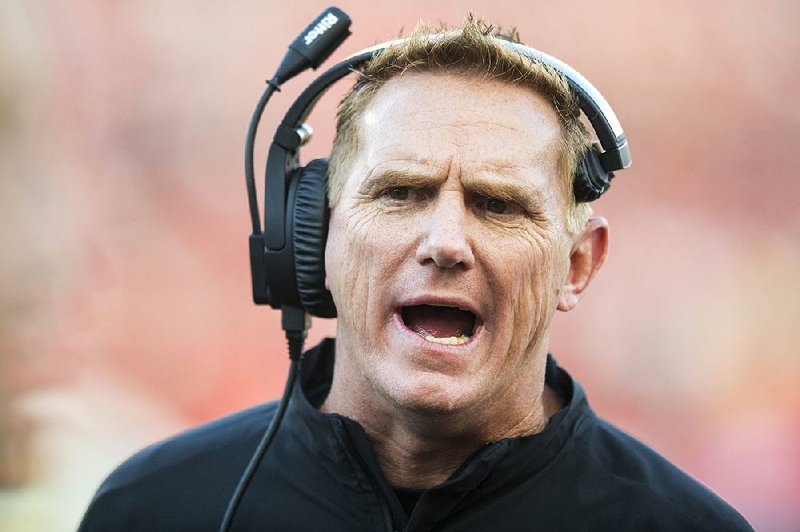 Division I athletic programs in the state of Arkansas instituted more precautionary measures Friday in response to the threat of the coronavirus.

Practices and organized team gatherings have become the most recent target of suspensions and cancellations.

Arkansas State University announced in a statement that it indefinitely suspended all organized practices by its athletic teams. That news came less than two hours before the Red Wolves' football team was set to hold another spring practice in Jonesboro about 4:45 p.m.

Fourteen minutes prior to ASU's announcement, the Southwestern Athletic Conference took action a step further, canceling all remaining winter and spring sports activities "through the end of the academic year." The SWAC announced Thursday, along with the Southland Conference, that all sports competitions were suspended through March 30.

Now University of Arkansas-Pine Bluff athletic teams are effectively shut down for the rest of the school year.

"I don't see it any other way at this point," UAPB Athletic Director Chris Peterson told the Arkansas Democrat-Gazette on Friday. "It's an unprecedented time in college athletics. It's like [University of Arkansas Athletic Director] Hunter Yurachek said, 'There's no manual for this.' "

Unlike a majority of programs around the country, ASU was only a few practices away from wrapping up its spring camp. The Red Wolves opened camp Feb. 17 -- one of the earliest starts for spring practice across college football this year, and the earliest of Coach Blake Anderson's ASU tenure -- and had conducted 11 of the 15 practices the NCAA allows, including two scrimmages. On Thursday, ASU canceled its March 19 spring game and postponed its March 20 pro day.

"You got to be as cautious as you could possibly be," Anderson told the Democrat-Gazette on Friday. "Hoping and praying that nothing drastic happens with anybody and that it's able to run its course and that we get through it without it affecting anybody in the immediate family. You just got to be smart and careful and make sure that we put everybody in the safest environment that we possibly can."

As of Friday evening, the University of Arkansas at Little Rock -- a fellow Sun Belt Conference member, although a non-football participant -- had not issued a formal mandate suspending its athletic teams' practices.

UALR Athletic Director George Lee told the Democrat-Gazette on Friday evening that practices for UALR teams will be allowed through the weekend, but he didn't anticipate any teams would hold practice.

On Thursday, the Sun Belt announced an indefinite suspension of all sports competitions but had left decisions on teams' practices up to each school. The Sun Belt's athletic directors and school presidents are expected to conduct conference calls Monday to assess the plan moving forward as a conference.

Neither the University of Central Arkansas nor the Southland Conference had formally announced suspensions of team practices as of Friday evening. But UCA Athletic Director Brad Teague told the Democrat-Gazette on Friday night that Southland athletic directors had voted to suspend practices through March 30 -- the same timeline the league had announced Thursday on suspending all sports competitions.

Teague said the suspension of practices awaited approval from the league's school presidents, but it's expected to follow through and be announced soon.