Benefit offers no better fish to fry for seniors 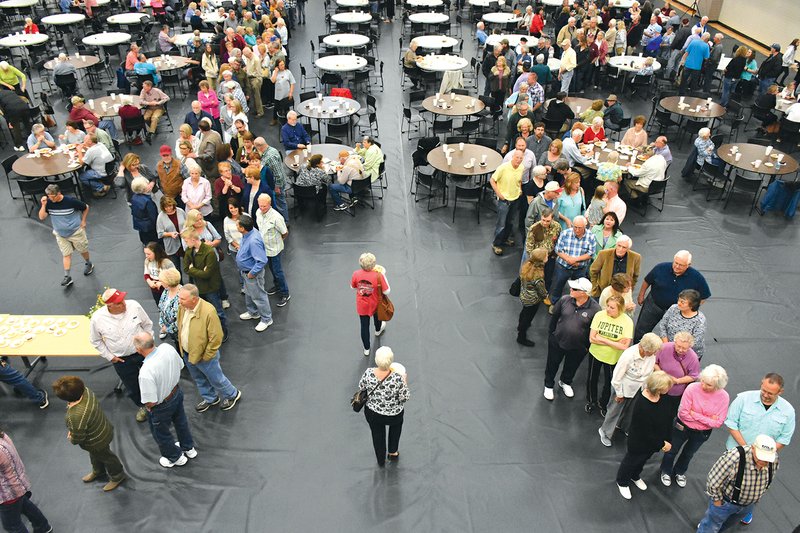 HEBER SPRINGS — Cleburne County Judge Jerry Holmes of Heber Springs, when he was just 3 years old, was taken in by his grandparents, Rile and Lessie Holmes of Quitman.

“I have a soft spot for our older generations,” he said. “It is important to me to give back because I was raised by that generation that we are trying to help serve.”

“Their funding is not as good as it once was, and they are having a tough time getting to do what they need and serve the older people in the community and the county,” Holmes said. “Normally, between the center and the Meals on Wheels, they serve about 200 seniors a day.

“It is a very worthwhile and needed project in our community. We wanted to do whatever we could to help keep the program going and not cut any of these elderly people short.”

This year’s fish-fry fundraiser is set for 6 p.m. June 5 at the Heber Springs Community Center, 201 Bobbie Jean Lane. Plates are $10 for adults and $5 for children.

The event was originally scheduled for Friday but was postponed due to concerns over the coronavirus.

Holmes said his wife and some other women help prepare the side dishes, as well as dessert.

“We have a great group of volunteers who help make the fish, the hushpuppies and french fries,” Holmes said. “We have some tremendous volunteers.

“It is an enjoyable afternoon for everybody.”

“We need to help take care of our most valuable resources, and that’s our senior citizens,” Holmes said. “For some of the older folks, who are homebound, the Meals on Wheels program is their lifeline to the world because they don’t have anyone else — this may be the only interaction they are going to have with anybody.

“It is a very meaningful program.”

Sharon Brown, the Cleburne County aging coordinator, said there are quite a few seniors in the rural community who cannot physically stand or have other limitations, but they still live in their homes by themselves.

“They have worked hard to live in their homes,” she said. “So we will cook for them, flash-freeze the meal and take it out to them so they can have a good, nutritious meal.

“Plus, they get to see somebody every day.”

She said having that daily contact is good for the mind and the soul.

“We don’t ask people to pay for the meals, so this fundraiser is a way for our local county government to give back, and it means we are able to sustain the senior center,” she said. “It keeps our kitchen running and pays for our staff.”

“We would like everybody who can to join us,” Holmes said. “It is usually around spring break, so it is difficult for some families, but it is a really good event and a worthwhile event.”

Holmes said he enjoys seeing all the people come out and support the community, “and support our seniors the way that they do,” Holmes said. “I try to go up to the center fairly often — about once or twice a month.

“For most seniors, the center gives them a place to come to and interact with people their own age, share a meal and have an activity.

“It is a blessing to have a center like that in our community.”

Holmes said he really appreciates the city and the mayor for their help and involvement with the fundraiser.

“I believe we get such a large response because of the fact that for our county judge and mayor, it’s personal to them,” Brown said. “There is something out there that is helping older people and is a big part of our community.

“We reach out and touch a lot of them and help them live a wonderful life and be healthy enough to enjoy it.”

She said the fish fry shows how much the center cares about its seniors.

“We can pray or wish all day long, but unless you put some feet behind it, it’s not going to go anywhere,” she said. “These two gentlemen have stepped up behind [the fundraiser] and given it a real push.”