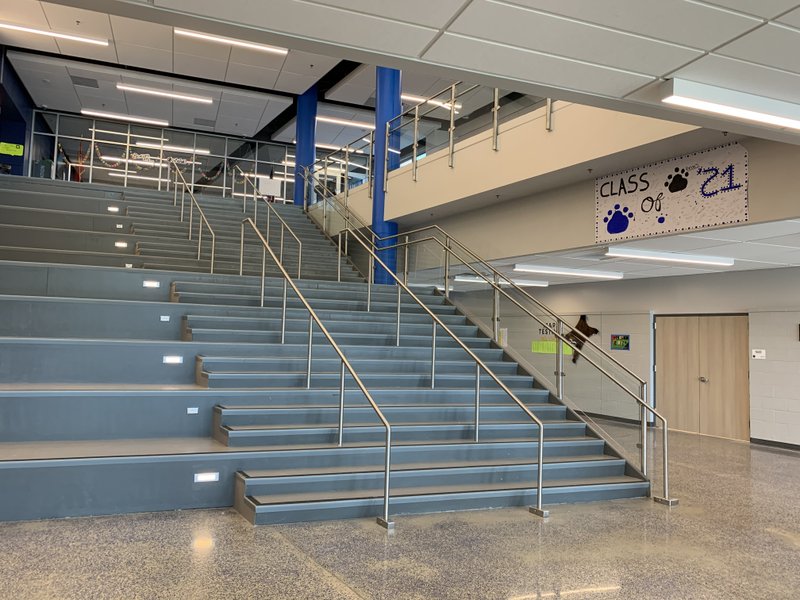 A $50,000 donation and a new name for the initiative are the latest developments in the yearlong planning for the establishment of career-themed academies in Pulaski County's traditional public high schools.

The Academies of Central Arkansas -- as they will be called -- is based on the national Ford Next Generation Learning model of career-themed high school academies, James Reddish, executive vice president of the Little Rock Chamber of Commerce, said last week.

Since early 2019, the Little Rock chamber has been spearheading the effort with the Little Rock, North Little Rock, Pulaski County Special and Jacksonville/North Pulaski school districts to adopt the Ford Next Generation Learning model for 10 high schools.

Some 35 communities in the United States, including Nashville, Tenn., and Lexington, Ky., have already used the model to create and maintain academies within their schools that tie core academic lessons to careers. The initiative, which relies on support from area businesses and industries, is intended to make learning relevant and provide real-world experiences to students.

Arkansas educators and business leaders have toured high schools in other parts of the country as part of the early planning for the initiative in Pulaski County.

High schools that have incorporated the model typically start with their freshmen, offering those ninth-graders a yearlong seminar course that introduces them to career planning and the career academies from which they can choose for their later high school years.

Many of the Pulaski County high schools will provide either that seminar course and/or organize ninth-graders and teachers into freshmen academy teams in the coming 2020-21 school year.

Cargill, the husband of a career educator in Pulaski County, announced the Arvest Foundation's $50,000 grant to 120 educators, as well as government, business and community leaders at a daylong-planning session in Sherwood.

"We look at this as a key initiative that we want to be involved in at Arvest Bank," Cargill said about the motivation for the grant, which will be targeted toward introductory programs for next year's ninth-graders at the different high schools, as well as training and resources for the participating teachers.

"The key thing it's going to do is get the freshmen in a situation so that they can start to make their elections for their career paths," he said. "You know, that's the magic of how this thing gets started. And it's also to support the teachers who have needs for some tools and resources to help them get prepared."

Cargill told the planners that the work they are doing is a huge deal -- transformational -- for Central Arkansas and the whole state.

"I don't know that I have ever seen one opportunity that is more clearly going to be impactful and helpful, and drive all the right things that need to happen ... like this one," he said. He added that the initiative goes beyond just preparation for college but providing students with options for meaningful, enjoyable work.

It will also build a qualified workforce and enable employers to recruit local graduates to jobs and then retain employees. He predicted that the initiative -- the work of four school districts and five area chambers of commerce -- will not only make Central Arkansas attractive to Fortune 500 countries but also promote the creation of small businesses.

Little Rock School District Superintendent Mike Poore said the hands-on, feet-to-the-ground efforts by Arvest Foundation and other community contributors "drives everything forward." He said the four districts have undertaken programs and done good things for ninth-graders in past years, but those were not always sustained nor in-depth as what is now being planned for the coming ninth-graders and beyond.

Everything matters for the ninth grade class in terms of grade point average and career direction, Poore said in thanking the foundation for the grant.

The planned freshman seminar is a full year class with a purchased curriculum behind it, Reddish said. It focuses on helping students with self discovery -- addressing questions about student interests and skills. Career fairs and college visits are likely to be part of that.

Freshmen academies, in contrast, are a means of grouping students and teachers into smaller learning teams. Ultimately, schools will have both the freshmen academy structure and the freshmen seminar course, but each school is getting to that point in different ways, Reddish said.

Jacksonville put the class in and grouped the teachers and students all at once, he said. Other schools are phasing it in -- starting with the seminar class one year and following that by grouping teachers with students.

Planners for the districts and schools have, to date, taken an inventory of what they currently have and sketched out what they think they want in terms of the academies, Reddish said.

Medical professions, computer science, manufacturing, engineering, cybersecurity, and the law are examples of the career academies being considered.

"They planned in silos," Reddish said of the different task forces. Now planners will pull those plans together for the 10 schools to see if there are academy themes that are needed but not included or maybe there are too many schools planning a particular academy theme.

Reddish said he anticipates the planning on the academy themes to be completed by the end of the school year.