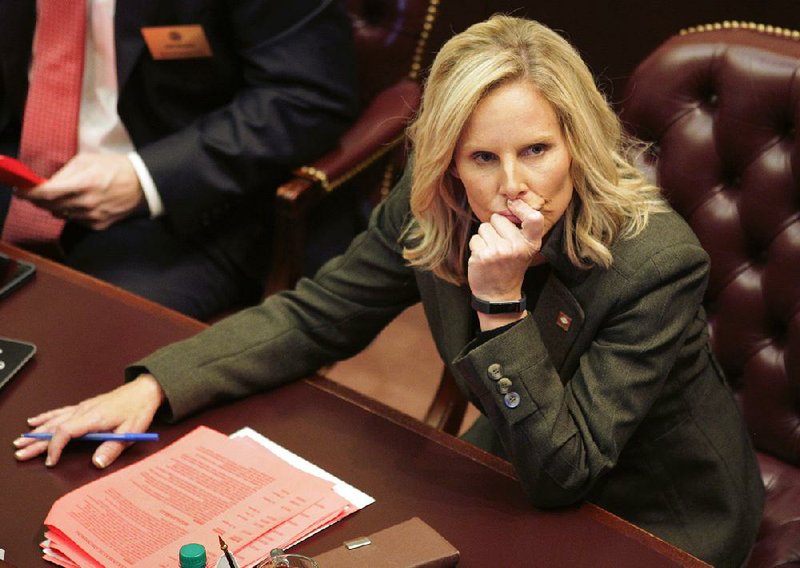 Groups that challenged Arkansas' "ag-gag" law, a 2017 measure that allows civil penalties against anyone who exposes animal cruelty or environmental abuses at Arkansas farms, filed notice Thursday that they will appeal last month's dismissal of their federal lawsuit.

The law, Arkansas Code 16-118-113, applies to anyone who releases documents or recordings from nonpublic areas of commercial property, including journalists conducting undercover investigations.

On Feb. 14, U.S. District Judge James Moody Jr. threw out a lawsuit challenging the law's constitutionality, saying the plaintiffs, led by the Animal Legal Defense Fund, didn't show they have suffered an actual injury as a result of the law.

The defendants are state Rep. DeAnn Vaught, D-Horatio, who sponsored the bill, and her husband, Jonathan Vaught, who operate a pig farm in Horatio, and Peco Foods Inc., which operates slaughter and processing plants as well as hatcheries in Pocahontas and Batesville.

"Four other states' Ag-Gag laws have been struck down by federal courts for violating the First Amendment," Stephen Wells, executive director of the Animal Legal Defense Fund, said Thursday. "We are confident we will prevail and prevent Arkansas from keeping citizens and consumers in the dark about the harms of factory farms."

Hannah Connor, an attorney at the Center for Biological Diversity, another plaintiff, said, "Animal cruelty and environmental crimes are more likely to occur when transparency is denied and whistle-blowers are silenced. Industrial animal facilities generate massive amounts of pathogens, feces, heavy metals and other contaminants. ... The public has a right to know if these pollutants are making their way into waterways and the habitats needed by endangered animals to survive."

The Animal Legal Defense Fund was founded in 1979 to protect the lives and advance the interests of animals through the legal system. The Center for Biological Diversity is a national, nonprofit conservation organization dedicated to the protection of endangered species and wild places.