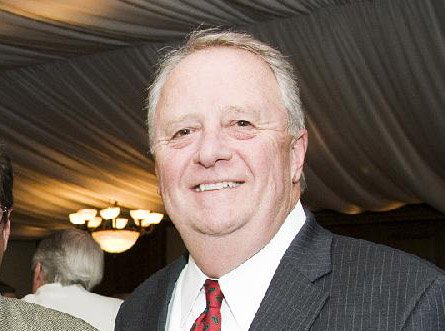 The parks in North Little Rock are trying to keep business as usual amid the coronavirus spread, but the city’s Parks and Recreation director Terry Hartwick is being cautious with events.

Hartwick said Burns Park will remain open at this time as the 1,700 acre park is too large to monitor who enters the area. He also said the golf course and city owned tennis courts will also remain open.

“We still have people who need a paycheck,” he said. “Disc golf, golf, tennis, archery and bike riding aren’t contact sports, but as you see with our basketball courts we have shut them down. We are being careful, but we got keep going day to day.”

The City of North Little Rock closed on Thursday all community centers, adult fitness centers and the Hays Senior Citizens Center in an attempt to limit the spread of covid-19.

“We have our employees disinfecting all five community centers,” he said.

Hartwick said most large park events have already been cancelled by the organizers.

President Donald Trump announced in a press conference the coronavirus situation might last for several months.

When asked if the city’s Parks and Recreation Department can withstand not having large events for that long, Hartwick said he is taking it day by day.

“Are we OK with it? No, but we are erring on the side of caution,” he said.

North Little Rock city employees are on call and emergency supplies are being prepared after Mayor Joe Smith said he placed the city on an “impending disaster” alert Monday afternoon.

Smith said city officials have started to identify essential personnel and conduct a count of emergency supplies after he placed the city on alert level 2 in reaction to the growing number of coronavirus cases in the state. He also is telling all department heads to be ready to meet every single day.

“We are getting a plan for the long haul,” Smith said. “Alert level 3 means setting up emergency operations, but we aren’t there yet.”

He said the plan includes staggering work times for electric, sanitation and street crews as well as putting all city employees on call. Police and fire are expected to continue business as usual.

“We are actually taking the temperature of firefighters before they come into work every day,” Smith said.

The curfew will be from midnight to 5 a.m. Scott said the curfew does not apply to those who work overnight.

Smith said a curfew isn’t planned for North Little Rock as he doesn't see the need for one in his city.

“Our streets are pretty empty around that time anyway and we don’t have large gathering places where 50 or more people would be at after midnight,” he said. “I haven’t talked to Frank yet to see his reasoning behind it, but it’s not something we are looking at.”

The North Little Rock mayor said he also doesn’t plan on closing down city facilities at this time.

“We are in a different situation than Little Rock because we run a $100 million electric utility facility. This means a lot of our walk-in traffic is people needing to pay bills, get power turned on or off, and we have to be here to do that,” Smith said. “If the number of cases gets really crazy then we will meet again and talk about closing down city facilities.”