Chance for severe weather this week in Arkansas, forecasters say 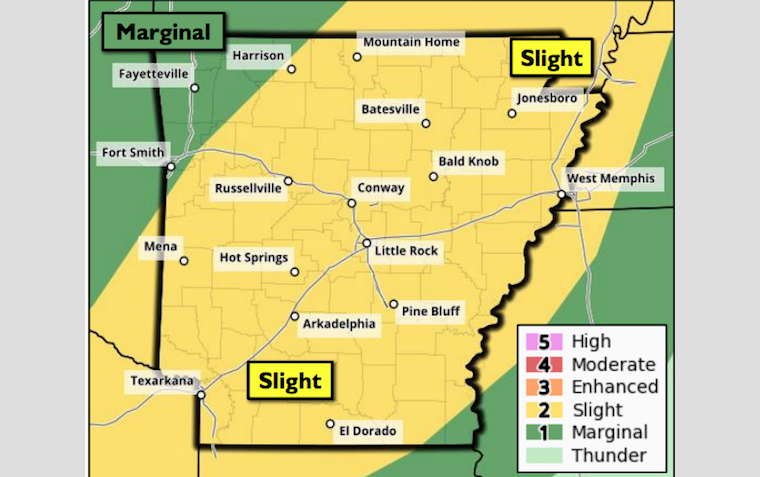 A chance for severe weather is forecast for all of Arkansas as a storm system heads toward the state later this week, according to the National Weather Service.

Meteorologist Travis Shelton said the system will move into the state during the day Thursday.

Most of the state will be at a slight risk for severe weather, except northwestern and far southeastern areas, where the risk will be only marginal.

Shelton said the main concern with the storms is the chance for damaging winds, though large hail or isolated tornadoes cannot be ruled out.

The storm system will be preceded and followed by substantial rain, according to the weather service.

Flash flooding in isolated areas will be a concern through Sunday, Shelton said, especially in Northwest Arkansas where 3 to 4 inches of rain could fall through the weekend.