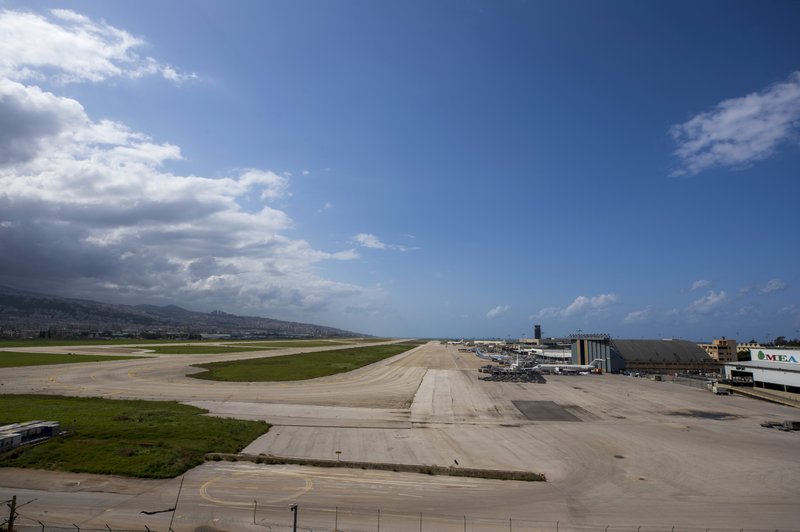 Planes are grounded at Rafik Hariri International Airport in Beirut, Lebanon, Thursday, March 19, 2020. The Lebanese government decided to shut down the airport, ports and borders and ordered its citizens to stay home as the small country of nearly 5 million grappled with containing the coronavirus. (AP Photo/Hassan Ammar)

DUBAI, United Arab Emirates -- Seven Middle Eastern countries have suspended all commercial flights because of the new coronavirus, as the aviation industry's largest trade association announced Thursday that airlines in the region have already lost more than $7 billion in revenue.

Those losses translate into potentially hundreds of thousands of people losing their jobs in the airline industry in the Middle East alone, the International Air Transport Association said.

The association called for emergency aid of up to $200 billion for airlines globally.

The Middle East has about 20,000 cases of the virus, with most of them in Iran or linked to travel from that country.

The virus killed another 149 people in the past 24 hours in Iran, pushing the death toll there to 1,284 amid more than 18,000 confirmed cases. The government Thursday joined other countries in ordering all shopping centers closed for two weeks. Only pharmacies, food stores and other necessary supply stores will be open, state media reported.

IATA says 16,000 passenger flights have been canceled in the Middle East since the end of January.

"A lot of jobs are at risk, economies of the nations are being impacted and airline business in the Middle East is taking a bit hit," Muhammad Albakri, IATA's regional vice president for Africa and the Middle East, said in a phone conference with reporters.

"We are suffering, we are struggling. We are bleeding," Albakri said in his most urgent appeal yet to governments to step in and help many of these state-owned airlines by cutting taxes and offering direct financial assistance. IATA represents about 290 airlines worldwide.

Since February, Israeli national carrier El Al has laid off 1,000 employees and put 5,500 on unpaid vacation, "almost all" of its staff, company spokesman Eitan Atias told the Associated Press. It has reduced its flights from 47 destinations globally to just six: New York, Newark, Paris, London, Toronto and Johannesburg.

Israeli media had reported that the 100,000 kits apparently came from countries that don't have diplomatic relations with Israel. The involvement of the country's spy agency signaled the extraordinary lengths that Israel's government was willing to go to get enough tests.

On Thursday, Egypt and Lebanon became the latest two countries in the Middle East to shut down airports and suspend all passenger flights, joining Saudi Arabia, Iraq, Jordan, Tunisia and Morocco.

Other countries have severely limited or halted flights and border crossings. Some, such as Israel, Iraq and Lebanon, have ordered citizens to stay home to contain the virus.

Meanwhile, Iran also announced Thursday that 10,000 prisoners -- among them an unknown number of inmates whose cases are political and related to activism or speech -- would be granted amnesty under a decree by Supreme Leader Ayatollah Ali Khamenei on the occasion of the new year, called Nowruz.

The country has already released 85,000 prisoners on temporary leave to curb the spread of the virus in prisons.