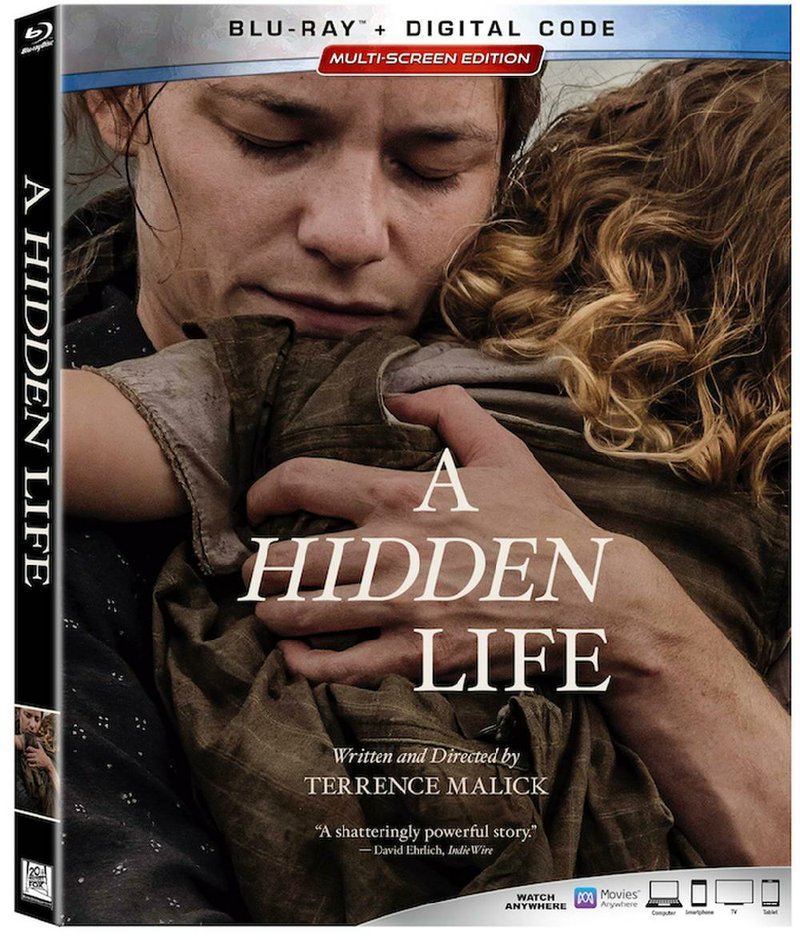 written and directed by Terrence Malick

You think we're living in challenging times? Consider the plight of Austrian Franz Jägerstätter, a peasant farmer and conscientious objector, who refuses to fight for the Nazis in World War II. When threatened with execution for treason, he depends on his faith and love for his family to carry on.

As is typical with Terrence Malick's stylish and intensely human movies, the film packs quiet power in the moving portrayal of a man absolutely willing to make sacrifices for his beliefs.

Superman: Red Son (PG-13, 1 hour, 24 minutes) Superman fans never tire of seeing more of their hero, and this animated adventure rises to the occasion by relocating the landing of baby Kal-El's rock from Kansas to the Soviet Union. Based on the 2003 three-issue Elseworlds tale. With the voices of Jason Isaacs, Amy Acker, Tara Strong, Paul Williams; directed by Sam Liu.

Richard Jewell (R, 2 hours, 11 minutes) Heavy on the heroism, as many Clint Eastwood-directed dramas can be, this devastating and sometimes flawed tale follows American security guard Richard Jewell who, after saving thousands of lives from an exploding bomb at the 1996 Olympics, is accused in the press of being a terrorist. With Paul Walter Hauser, Sam Rockwell, Kathy Bates, Jon Hamm, Olivia Wilde; directed by Clint Eastwood.

Black Christmas (PG-13, 1 hour, 32 minutes) Lacking the intensity and focus that would make it scary, this girl-power thriller features Hawthorne College students who are stalked by a black-masked villain during their Christmas break. It's a remake that's not as edgy as the original 1974 horror film of the same name starring Olivia Hussey, Keir Dullea and Margot Kidder. With Imogen Poots, Aleyse Shannon, Lily Donoghue, Simon Mead, Caleb Eberhardt; written and directed by Sophia Takal.

A Bluebird in My Heart (not rated, 1 hour, 25 minutes) Tense and well acted, this low-key crime drama concerns an ex-con who, in search of quietly rebuilding his life, seeks peace in a motel run by a single mother and her daughter, which works out fine until the daughter is assaulted. With Roland Møller, Veerle Baetens, Lola Le Lann, Lubna Azabal; co-written and directed by Jérémie Guez.

Abigail (TV-14, 1 hour, 50 minutes) An intriguing plot idea falls victim to awkward dialogue and mediocre performances, and amateurish special effects in a fantasy in which an epidemic closes Abigail's town. After her father is forcibly taken away, she focuses on finding him, which leads her to discover her town's magical abilities as well as her own. With Tinatin Dalakishvill, Eddie Marsan, Kseniya Kutepova; written and directed by Aleksandr Boguslavskiy.

Candy Corn (not rated, 1 hour, 25 minutes) A passable if gory horror effort, decently made and acted, in which outcast Jacob Atkins (Nate Chaney) is murdered on Halloween eve and a carnie who goes by Dr. Death decides to re-animate Jacob and exact revenge on his killers. With Caleb Thomas, Courtney Gains, Pancho Moler, P.J. Soles; written and directed by Josh Hasty.

Intrigo: Death of an Author (R, 1 hour, 46 minutes) An intricate, heavily narrated puzzler of a drama that eventually wears out its welcome, leaving the viewer uninterested in the outcome. The story follows an author who, after coming up with a seemingly foolproof scheme to murder his wife, becomes convinced that he's failed and she's still alive. Several subplots of varying levels of interest slink in the background. With Ben Kingsley, Tuva Novotny, Michael Byrne; Benno Fürmann; written and directed by Daniel Alfredson.