Tornado touched down in Arkansas on Thursday, weather service says 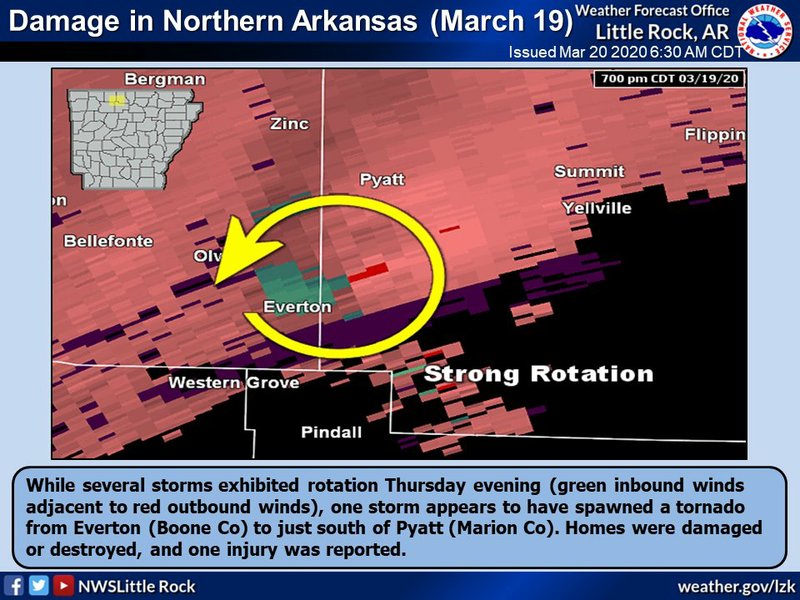 At least one tornado touched down Thursday in Arkansas, according to the National Weather Service.

A house east of Everton, several homes between Pyatt and Bruno and a school were all damaged. Power lines were also downed in some places in the tornado’s path.

Green said weather service crews were still surveying damage Friday afternoon and that they may find evidence of additional tornadoes.

Damage was also reported from storms in Sharp County, according to the weather service, where large trees were uprooted and some power lines were knocked down.