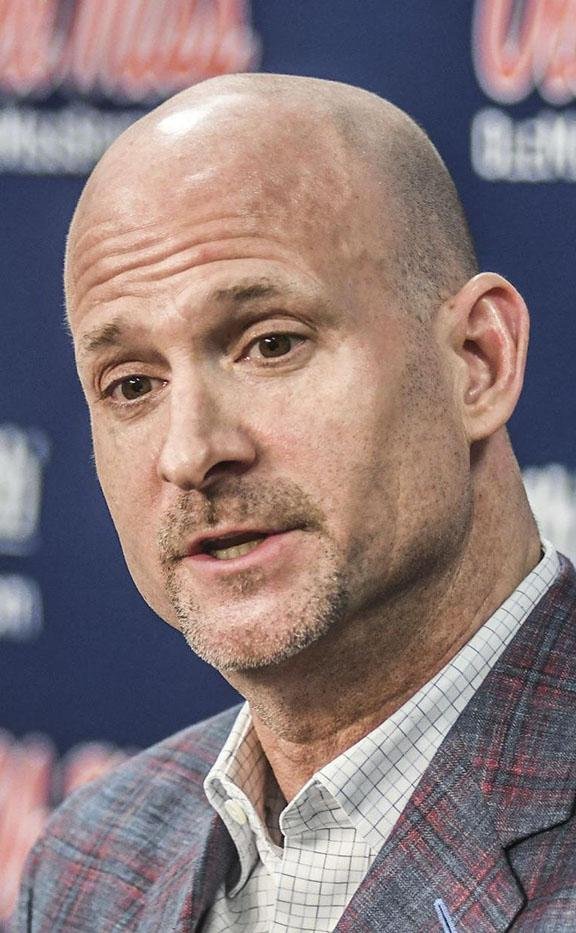 The University of Alabama-Birmingham has hired former Mississippi Coach Andy Kennedy to lead its men's program. The Blazers announced Kennedy's return to his alma mater on Friday. A two-time SEC coach of the year and the Rebels' winningest coach, Kennedy remains the second-leading scorer in UAB program history. He spent the past two years as a commentator for ESPN and the SEC Network. Kennedy received a six-year contract through the 2025-26 season. The school didn't disclose contract details, and the hiring pends official approval by the University of Alabama System Board of Trustees. Kennedy replaces Robert Ehsan, who lasted four seasons as the Blazers' head coach. Kennedy led Ole Miss to the SEC Tournament title in 2013 with a 27-9 record and took the Rebels to two NCAA Tournament appearances.

Loyola Marymount hired Stan Johnson as its basketball coach Friday. Johnson spent the past five years at Marquette, most recently as associate head coach. The Golden Eagles reached the NCAA Tournament in 2017 and 2019. He was also on coaching staffs at Arizona State, Drake, Utah and Cal State Northridge. Johnson played three years at Southern Utah, where he helped the Thunderbirds reach the NCAA Tournament. He played his senior year at Bemidji State in Minnesota. Athletic Director Craig Pintens said Johnson has "a tremendous vision" for the future of LMU basketball. Johnson replaces Mike Dunlap, who was dismissed on March 8 after going 81-108 in six seasons.

Borislav Stankovic, the former longtime International Basketball Federation secretary general responsible for bringing NBA players to the Olympics, has died, the governing body said. He was 94. Stankovic was at the helm of FIBA from 1976 to 2002 and was a member of the International Olympic Committee. During his leadership, he was credited with working toward building bridges between East and West during the Cold War and working closely with the then-NBA Commissioner David Stern in the late 1980s and early '90s to bring world basketball into the modern era. That resulted in American professional players participating in the top-level national team competitions, starting at the Barcelona Olympics in 1992. For his contributions to the game, he was inducted into the Basketball Hall of Fame in Springfield, Mass., in 1991.

Amid a slew of postponements and cancellations in golf, the LPGA Tour announced a September date for what traditionally is its first major championship of the year. The ANA Inspiration, previously scheduled for April 2-5 in Rancho Mirage, Calif., now will be played Sept. 10-13. That date previously was for the Cambia Portland Classic, which will move back by one week. It's the first postponed golf tournament to announce a new date. The schedule change was announced Friday along with the postponement of three more LPGA Tour events because of the coronavirus. They were to be played the final three weeks of April -- in Hawaii, Los Angeles and San Francisco.

Hard-throwing Padres reliever Andres Munoz and minor leaguer Reggie Lawson underwent Tommy John surgery Friday. Both right-handers were injured shortly before spring training was suspended because of the coronavirus pandemic. Munoz, 21, made his big league debut last year and appeared in 22 games. He went 1-1 with a 3.91 ERA and 30 strikeouts, against 11 walks. He would have been a key member of the Padres' beefed-up bullpen this season, if and when it resumes. Lawson, 22, was 3-1 with a 5.20 ERA in six starts with Double-A Amarillo last season before being shut down with an elbow injury. He returned for the Arizona Fall League, going 1-0 with a 0.82 ERA in three appearances, including two starts.