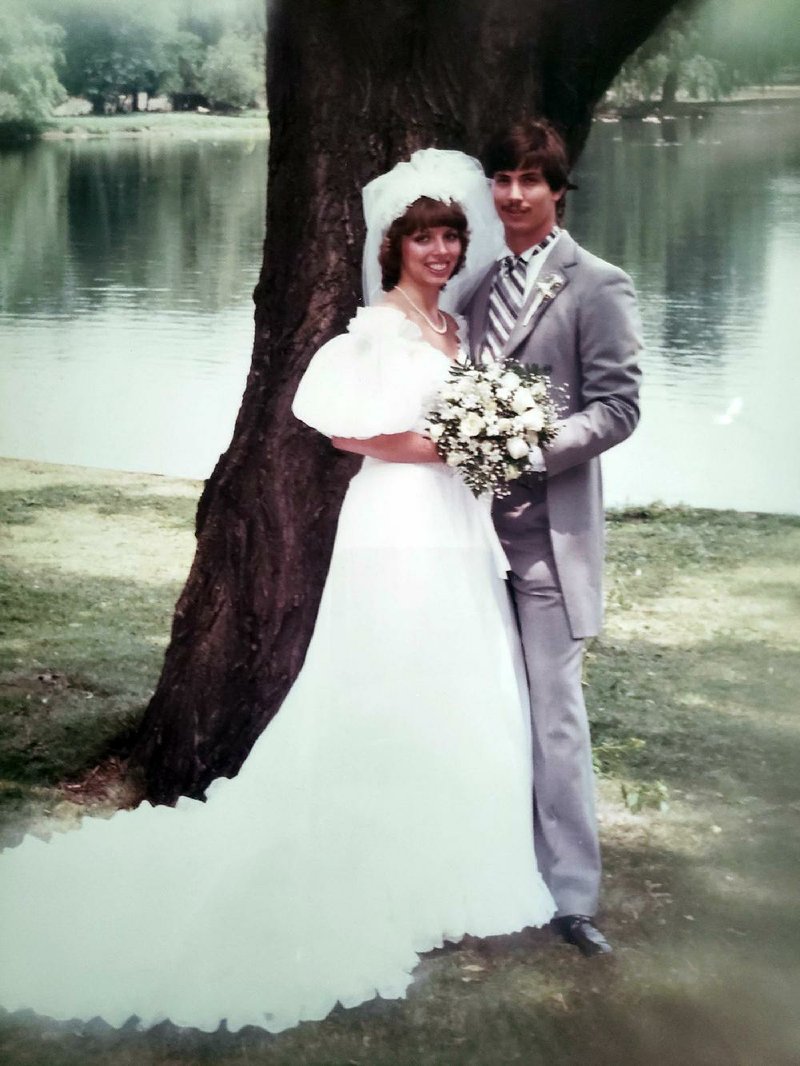 Ray Imbro and Kristi Powell were high school sweethearts. They married on July 9, 1983, after dating for six years. “It’s pretty wonderful, at this point in our life, to have so much history together,” Kristi says. (Special to the Democrat-Gazette)

Ray Imbro was looking forward to a choir trip with his high school in Baldwin, N.Y., to Chantilly, Va., in 1977 because he and his friends thought they might get to meet some girls from out of town.

It turns out Ray got to know a girl from his own high school on the five-hour bus ride. By the time he arrived in Chantilly, he wasn't interested in meeting anyone else.

She says: “I thought he was very cute and, to use the phrase, my heart skipped a beat.”

He says: “I thought she was cute. She always dressed nicely and she was in the band with some of the fellows I sang with.”

She says: “I was absolutely jubilant because I knew I was marrying the love of my life. It was, after six years of dating, ‘We’re finally here.’”

He says: “We were so young that we forgot to order the champagne for the toast. We paid for our own wedding. Someone went to toast us and had to pick up a glass of water.”

My advice for a long, happy marriage:

She says: “Remember, even when you’re going through difficult times, that you love this person more than anyone else. Work through your problems together.”

He says: “Don’t sweat the small things in life. And always put your wife first.”

Ray, a high school senior, had seen Kristi Powell, who was an 11th-grader, during choir practice at school, and he thought it might be nice to talk with her. On the bus, he saw her in a seat alone and asked if he could sit down.

"He was always very courteous and polite about things like that," Kristi says.

Ray admits there was some forethought involved.

"I had seen her around, and I thought she was cute, and I wanted to get to know her better," Ray says.

Kristi had seen him around as well.

"He was somebody I wanted to get to know, although I was surprised on the bus when he approached me," she says.

By the time they were back in Baldwin, they had planned out their future -- at least for the next few months.

"We started going on dates after I agreed to go to prom," Kristi says.

Their first date was to a movie. Ray worked in a movie theater so he got in free.

"Prom was truly magical," Kristi says. "It was everything you would want a prom to be. In terms of where we went, how we went, how I felt, it was perfect. We went in a limo with a group of his friends and then we went to a number of places after the prom."

They spent the summer going to the beach and hanging out with friends, just being together as much as they could. In the fall, Ray left for the University of Delaware in Newark, Del.

"I used to find a letter in my mailbox every day," Ray says.

Kristi finished high school and continued to write to Ray each day the next year when she went to Gettysburg College in Gettysburg, Pa.

"I wrote voraciously," Kristi says. "I would write letters every day and mail them as I went to class every morning."

Ray was more likely to call -- after 11 p.m. when the rates dropped, of course -- than to write. He had a phone in his dorm room, but Kristi's dorm only had one in each hall so he had to call that phone and ask someone to find her so they could talk.

He was more likely to visit her in college than she was to visit him because she didn't have a car. They saw each other once or twice a month throughout their five years apart.

When he graduated, Ray went to work in an investment firm on Wall Street.

They had been dating for six years when he asked if she would like some champagne after dinner and, when she said sure, he slipped an engagement ring into her glass.

"She almost swallowed it before I got to ask her," Ray says of his proposal.

It wasn't quite as dramatic as it sounds, he explains, but she definitely didn't see the ring before she took the first sip.

It was only as he glanced at the glass she was holding that she looked down and saw the ring inside.

"Then I realized that, oh my gosh, this was the real thing," she says.

"We had our service at her church in the morning. We had pictures taken on a lake," Ray says. "Then the reception was at a waterfront restaurant."

They honeymooned in Bermuda before making their home in New York. After they married, Kristi went back to school for a master's degree in social work.

Ray worked in the financial industry for more than 20 years before moving to Little Rock in 2002 for a management position with Merrill Lynch. He retired from Merrill Lynch and, in 2005, he and Kristi bought Party Time Rental and Events.

"I had a bride one day say, 'Wow, it's so cool that you're in the wedding business and you've been together so long,'" Ray says. "I never really thought about it. It's just who we are, what we do, but it is fun."

Ray and Kristi have two children -- Jennifer Crosby of Chicago and Daniel Imbro of Little Rock. They also have one grandchild and another on the way.

The years have flown by, Ray says, and he's glad he and Kristi have been able to fly through them together.

"We've been together so long. We grew up together in a way," Ray says. "Our lives, all of our great memories, we've been able to share together." 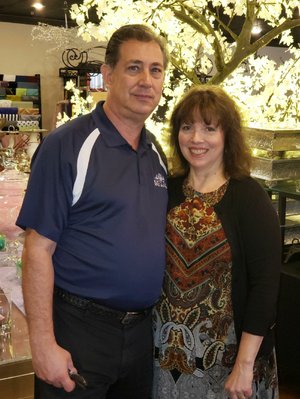 Ray and Kristi Imbro, who own Party Time Rentals and Events, have been together since they were 17 and 18 years old. “I had a bride one day say, ‘Wow, it’s so cool that you’re in the wedding business and you’ve been together so long,’” Ray says. “I never really thought about it. It’s just who we are, what we do, but it is fun.” (Special to the Democrat-Gazette)