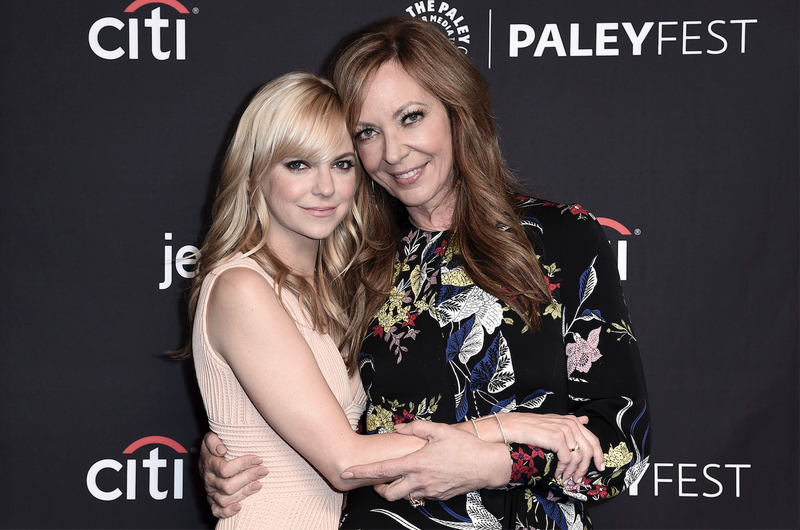 Staying home should be the easy part, but pandemics and snow days are not quite the same. These are some wonderful shows to help get you through.

Sherman's Showcase, Hulu. If you like pop culture and satire, watch this fantastic series about a Soul Train-esque show. Sherman's is part sketch series, part mockumentary, and it's one of the rare comedies capable of genuinely surprising its viewers. It's silly and easy to love, and its jokes are surgically precise. It also moves quickly enough that you will actually want to watch watch it, not half watch while playing Candy Crush.

• I Want a Comedy, But Nothing Requiring Much Focus

Mom, on Hulu. The jokes tend toward the banal, but it's good in other ways. Allison Janney and Anna Faris star as Bonnie and Christy, mother and daughter, long estranged but now reconnecting because they are both, after much struggle, sober. The show evolves tremendously over its run, eventually ditching almost all of its workplace storylines and writing Christy's children off the show and instead focusing on the other women in Bonnie and Christy's Alcoholics Anonymous group. The show is serious about addiction and presenting its real struggles and dangers -- but it's also serious about recovery, about its real work and real joy. The guest-star roster is quite good -- Patti LuPone, Ellen Burstyn, Kathleen Turner and plenty of sitcom royalty.

• I Need Something Engrossing but Not Political or Even Relatable

The Stranger, Netflix. A twisty domestic thriller based on a Harlan Coben novel. Adam, a suburban dad in a bucolic British town, is at his son's soccer tournament when a strange woman approaches and tells him that his wife faked her pregnancy and miscarriage a few years ago. It's a bizarre and jarring encounter and one that sets off eight juicy episodes of twist after twist. The show includes death and violence, including violence against an alpaca, but this isn't a wall-to-wall murder show.

• I Love True Crime, But I Don't Want to Feel Frightened in My Own Home, and Please, No Dead Kids

McMillions and The Most Dangerous Animal of All on HBO Now and Hulu. All the engrossing propulsion of your favorite crime stories, but none of the "Wait ... could this happen to me?" or "By participating in society I am complicit in this injustice, and thus I must work to rectify it." Just the wild characters of real life, some crazy stories and the opportunity to contemplate the ways in which systems of authority and systems of identity overlap in America. McMillions is about scamming the McDonald's Monopoly game, but it's also about wealth and vulnerability in general; Animal is about a man who believes his father was the Zodiac Killer, but it's also about self-mythology and the quest to situate oneself within a chaotic universe.

Both are easy to follow, so if not everyone in your household wants to devote their full attention, but wants to watch them a little, that will work just fine.

• I Want Something Chill but With Real Human Emotions

The Great Pottery Throw Down, YouTube. This is the pottery version of The Great British Baking Show, but it's more fun and relaxing -- watching people throw pots is deeply hypnotic and the judging is more cheerful and the contestants somewhat less neurotic. The artistry on display is wonderful, but the best part is that one of the judges, expert potter Keith Brymer Jones, is frequently overcome with pride and elation and cries often for and with the contestants.

• Honestly I Can Only Concentrate for 15 Minutes at a Time

Joe Pera Talks With You, Adult Swim (free; no login required). This show is already mega soothing because its protagonist is a supremely calm Michigan chorus teacher who eschews most wildness. "I like my days to go like this," he says, and then makes a straight horizontal line with his hand. That happens on the episode about packing lunches, to give you an idea about the emotional timbre of the series. The show is tender and hilarious, strange and wholesome.

Bon Appetit's YouTube channel. It might not entice very little kids, and there are occasional bleeped curse words, but if you're watching with a tween who likes Parks and Recreation, try the Bon Appetit extended universe. Try Gourmet Makes, in which an accomplished pastry chef tries to re-create junk-food classics, and It's Alive, which is all about pickling and fermentation. The shows are funny, good-natured and educational. There are tons and tons of videos.

• I Already Did Plenty of Crossword Puzzles

Task Master, YouTube. If you like scavenger hunts, logic puzzles, obstacle courses, goofy feats of strength or British panel shows, this show is a total blast. Each season, a group of comedians competes in bizarre and arbitrary tasks, in which cleverness winds up being more important than physical prowess, although the prowess often helps. If, as a child, you liked those minute-mystery riddles in which someone got stabbed with an icicle and you grew up to have a sense of humor, you will like this show.