Flanagan wins on her own; Franco leads Pointers to state title 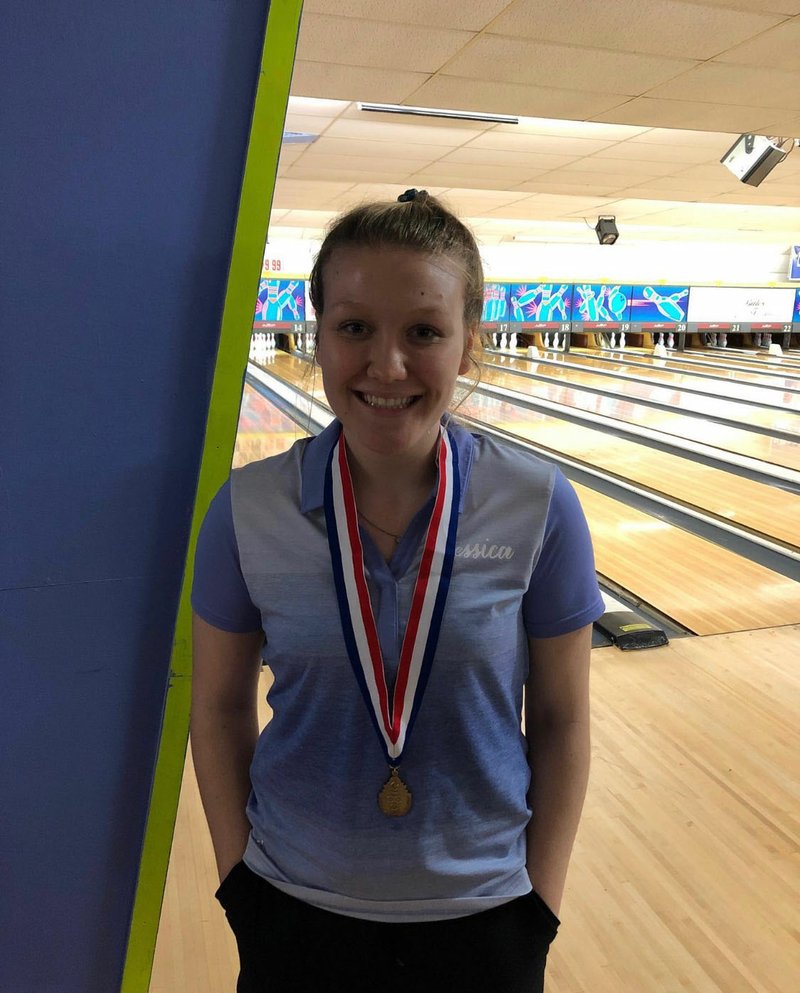 Lavaca's decision to offer bowling as a sport last season has paid off quite well for the Golden Arrows and Jessica Flanagan, the only bowler on the team.

Flanagan spends plenty of time at the bowling alleys in Fort Smith. But winning state championships for Class 2A Lavaca is an accomplishment, considering she does not have the benefit of support from teammates or even a coach while rolling for the Golden Arrows.

Being a single competitor, she said, strengthens her resolve to succeed.

"It's not that hard, really," said Flanagan, a senior who hopes to continue her bowling career in college at Oklahoma City (Okla.) Christian. "I usually do a lot of stuff on my own, anyway. I try to compete with a chip on my shoulder and remind myself I can't let down."

Flanagan is an athlete who also plays volleyball and softball at Lavaca. She was on top of her game at the lanes in Conway, where she rolled scores of 200, 194, and 246 to win the girls' medalist honors at the state tournament in Class 2A/1A.

"I am very proud of what Jessica has accomplished," said Lavaca athletic director Mark Headley, who made the trip to Conway to watch Flanagan compete. "She has put in a lot of time and effort to get where she is."

Franco played soccer last spring before deciding to join the bowling team at Van Buren. That decision paid off for Franco, who helped Van Buren to its first state championship in bowling. Franco won medalist honors at the Class 6A state tournament when he totaled 664 (211, 227, 226) after a three-game series.

"I joined the bowling team to be with my friends and it was great that we won a state championship together," said Franco, one of five juniors on the team. "I think I showed a lot of growth during the past nine months. I really took it seriously and focused on being more consistent."

Van Buren bowling coach Kevin Ross said he was impressed by the improvement Franco made throughout the season.

"It's a Cinderella-type story, really," Ross said. "He finished fourth on our team with a 175 average and there were games early on where he bowled 125 or 129. He was nervous at first but we told him to just chill, especially with his teammates' support, and he got better and better, especially in his last six games."