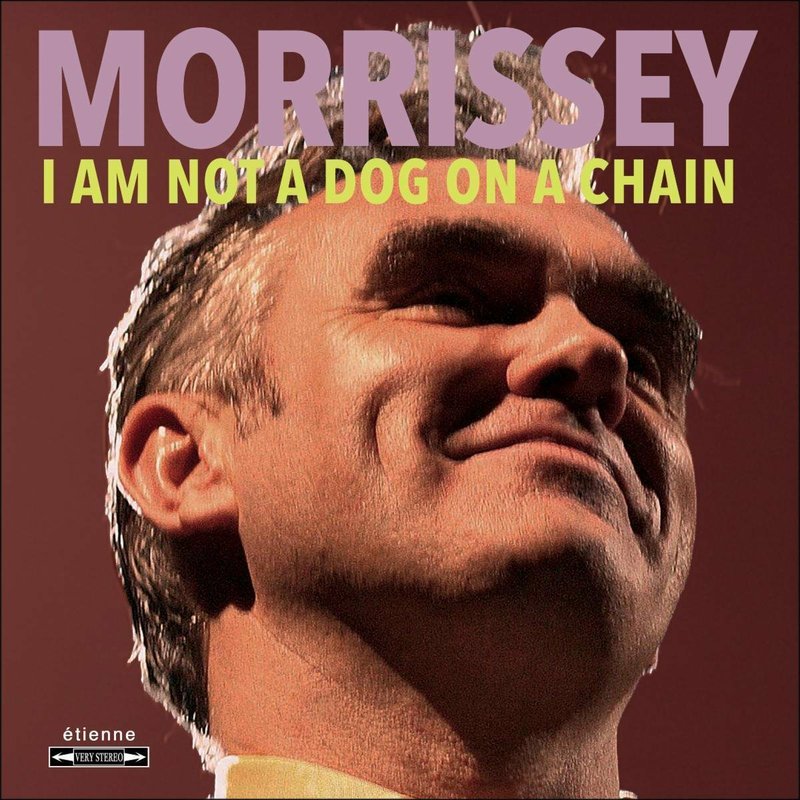 I Am Not a Dog on a Chain

Few musical artists would urge listeners to just go ahead and kill themselves already on the very first track of a new album. Morrissey is clearly not your regular artist.

The former frontman for The Smiths flies his misanthropy flag high on "Jim Jim Falls," but it's such a good song that you'll happily bop along as he sings, "If you're gonna kill yourself/then, to save face — get on with it."

The 11-track album "I Am Not a Dog on a Chain" easily contains some of Morrissey's best music in years, a guide into his one-of-a-kind controversial head, but also an album filled with electric and adventurous tracks that often shake his morose stereotype. He was happy to stay in bed for 2017's Low in High School, but here he is vibrant — welcoming even.

"Congratulations —you have survived," he sings on the lush and shimmering "Knockabout World." He later even offers the hearty endorsement "you're OK by me" on the song. From a noted misanthrope, this is huge.

On his last album of original songs, he famously told us to stop watching the news. This time his weird relationship with the media continues, with the proud boast that he doesn't read newspapers ("they are trouble makers") but he still asks if we'd all see the day's headlines in "Love Is on Its Way Out."

Morrissey's animal welfare stance is all over the new album, too. "Did you see the sad rich/hunting down, shooting down elephants and lions?" he sings on "Love Is on Its Way Out." On the title track, he sings, "Maybe I'll be skinned alive by Canada Goose because of my views."

He inserts a sly reference to President Donald Trump and his vice president on the synth-laden "Once I Saw the River Clean," singing about "45 pence." Or maybe we're reading into it. He even seems to mock himself with the line "I see no point in being nice" on the title track.

The first single — the terrific "Bobby, Don't You Think They Know?" — is layered with drug references and has backing vocals by R&B pioneer Thelma Houston. The wacky "Darling, I Hug a Pillow" has a Mexican feel and "The Truth About Ruth" has the Spanish guitar.

Morrissey gets proggy and spacey with the almost-8 minute "The Secret of Music," which is a tour of instruments, from "fat bassoon" to "angelic flute." It's terrific, hypnotically weird.

He ends the album with the wistful "My Hurling Days Are Done," in which he sings with a child's choir: "Oh time, oh time —no friend of mine." We disagree: Morrissey's music is aging nicely.