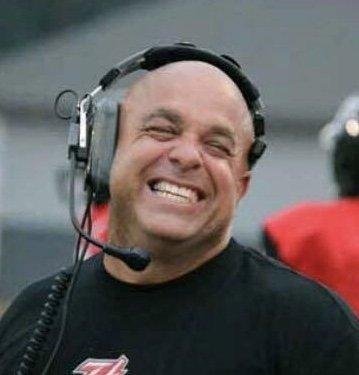 The benefits of having a new coach hired in January have helped Mountain Home.

Steve Ary was tabbed as Mountain Home's new coach in January in an attempt to turn around one of the state's worst high school football programs.

Mountain Home has lost 22 consecutive games -- including two consecutive 0-10 seasons -- and hasn't reached the state playoffs since 2016. The Bombers haven't had a winning record since 2006, when they made a run to the Class 6A state championship game.

Ary, who was 182-95 at three schools in Missouri (Willow Springs, Mountain Grove and West Plains) before spending last year as Harrison's junior high school coach, said the offseason has gone well for him.

"I've got a chance to get my hands on them," Ary said. "The enthusiasm and morale is really good."

Having two months to work with the Bombers players before the coronavirus pandemic put a halt to high school sports in the state was big, Ary said. The Arkansas Activities Association instituted a dead period March 12, which prohibits athletes and coaches from using school facilities and to not have workouts together. On Friday, the dead period was extended through April 17, which is also the date when schools in the state are closed until.

"It's huge," Ary said. "I've wanted to have relationships. That's the main thing. We've had a little bit of that."

Mountain Home has had 74 players in its offseason program. Ary said he is hoping for more.

"This is the largest school that I've coached at," Ary said. "I'd like to have closer to 100. Thirty-four of my guys are freshmen. Fifteen are seniors.

"I'd like to have a graduating class of 25 players every year."

Ary, 54, led Harrison's junior high school team to an undefeated season last year. He got to work with Harrison Coach Joel Wells, himself a former Missouri high school coach and a member of the Missouri Sports Hall of Fame.

But Ary wanted to get back to being a head coach. In 2018, his last year as a head coach in Missouri, he led West Plains to a 12-1 record and the Missouri Class 4 state quarterfinals.

"I missed being a head coach," Ary said. "The opportunity presented itself. Some have said, 'This is a bad job. This is a tough job.' But I like the challenge. It's about building a program and putting these guys in the best position to win."

Ary said being around Wells and the Goblins last year was a good experience. Harrison won the 5A-West Conference championship and finished 10-1, losing to eventual state champion Pulaski Academy in the Class 5A quarterfinals.

"You can learn something from Coach Wells," Ary said. "He has excellent organization. He runs a tight ship and a tight practice. I learned new offensive and defensive schemes from him.

"The best football clinic was being around Coach Wells."

Ary said he plans on having multiple offensive and defensive schemes with the Bombers. On Thursday, Ary got a new offensive coordinator in Darin Acklin, who previously coached at Liberty High School in Mountain View, Mo.

"Offensively, you have to have the personnel to fit your plan," Ary said. "[Acklin] is really good. Defensively, I'll run the defense. You'll see every front.

"I'm a gameplanner. You have to play to people's strengths."

Also, Ary said that former University of Arkansas and NFL quarterback Ryan Mallett has been volunteering with the program this offseason to work with the Bombers. Ary said Mallett has not been hired full-time since he has not taken his Arkansas teaching certification tests yet.

With the coronavirus situation, the Bombers, like all high school football programs, are on hold at the moment.

Ary said he's posted workout plans on social media for his players. He mentioned a recent text message from a player asking him about the gyms being closed in Mountain Home and what he has to do.

When the Bombers play again, they'll have a 22-game losing streak that they're trying to end. The last time Mountain Home won a football game was Oct. 20, 2017, when it won 49-6 at Little Rock Hall.

Ary said it will take the effort of not only the coaches and players, but the community as well.

"There's got to be a culture shift," Ary said. "They are successful in every sport. It starts with the parents. They have to push you to be good in football.

"We're going to build a program from the bottom up. Football hasn't been a top priority here.