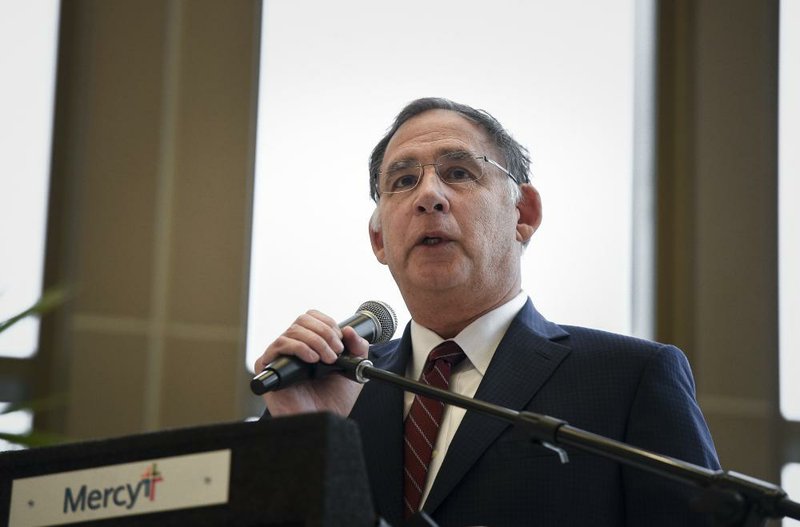 WASHINGTON -- U.S. Sen. John Boozman, R-Ark., urged members of both parties Tuesday to put their differences aside and focus on the needs of their constituents, warning that additional delays in passing a coronavirus relief package could further undermine public confidence and injure the economy.

In a Senate speech, he emphasized the importance of bipartisanship in the face of a national coronavirus crisis. Unlike his colleague, U.S. Sen. Tom Cotton, R-Ark., Boozman did not single out Democrats for blame.

Instead, he stressed the importance of a swift response.

"We simply cannot afford to wait," the lawmaker from Rogers warned his colleagues.

Boozman, who won in a special election to become a state U.S. representative in November 2001, noted that he arrived in Washington shortly after Sept. 11, 2001, terrorist attacks.

"It was a very anxious time in the Capitol," he recalled.

"Every one of my colleagues sought to find ways to work together to move major pieces of legislation that helped to return a sense of normalcy that Americans so desperately sought in the wake of the attacks," Boozman said. "Given all that is at stake right now, for the life of me, I've not been able to understand why we've been struggling to do the same now."

Boozman made his comments as Senate leaders were working to craft a compromise coronavirus package.

In his speech, Boozman acknowledged the latest developments.

"Thankfully, the partisanship that has dominated these past few days has subsided," he said. "It appears that we can now move forward after this unnecessarily delay."

"Many small businesses in Arkansas, large cities and small towns alike, are being forced to close during this crisis, both to protect public health, to protect their families, and because of a shrinking customer base as customers are urged to stay home to reduce the spread of the disease," he said. "The unexpected closure for small-business owners, through no fault of their own, may prevent many of them from reopening by the time that this is behind us."

Rather than kick-starting the economy, the aid would simply provide a lifeline, Boozman suggested.

"This is not a stimulus plan. It's an existence plan. We have to pass this bill," he said.

"Americans have lost faith in many of their institutions. This is a defining moment. We have a chance to restore some of the confidence that has been lost by putting the needs of the nation over the wishes of the political class," he said.

"Americans are looking forward to Washington for leadership right now. This is a true test," he said. "Let's pass this bill and show that we can rise up to the massive challenge before our nation."

Democratic Party of Arkansas Chairman Michael John Gray portrayed "dysfunction in Washington" as a preexisting condition that has hampered the coronavirus response.

"The partisanship that has crippled our nation was happening way in advance of this current catastrophe, which has led to some of the mistakes that slowed our response to this catastrophe," Gray said.

Boozman's calls for bipartisanship are nice, Gray suggested, but they need to be accompanied by appropriate coronavirus relief measures.

"While I applaud his sentiment and I respect the man, I feel like [it's] kind words, when we need action," he said. "A lot of what's in that [Republican-drafted] bill is not necessarily what's going to help a majority of Arkansans."