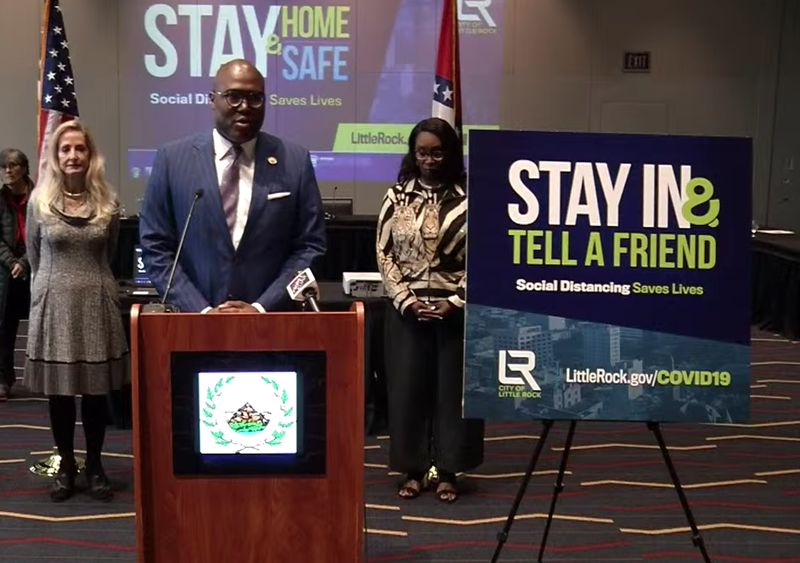 Little Rock Mayor Frank Scott Jr. addresses reporters at a news conference Wenesday in this screengrab of video provided by the city.

Little Rock Mayor Frank Scott Jr., in the latest in a series of efforts the city has made to fight the spread of covid-19, announced Wednesday that he will extend the nightly citywide curfew.

The new curfew hours of 9 p.m. to 5 a.m. will go into effect on Thursday and remain in place until further notice. The city will continue to evaluate the measure every two weeks.

Little Rock police will enforce the curfew with citations, which come with fines that can range from $150 to $185.

Scott urged everyone, especially young people, to practice social distancing to prevent spread of the deadly coronavirus in the community. He noted that most covid-19 patients in Arkansas are under 65.

“This is a serious matter for all residents of the city of Little Rock,” the mayor said.

The mayor also announced that he will not pursue a new 1% sales tax this year. In previous weeks, he said he wanted to put the question to voters before September and implement the tax to fund a number of quality of life initiatives.