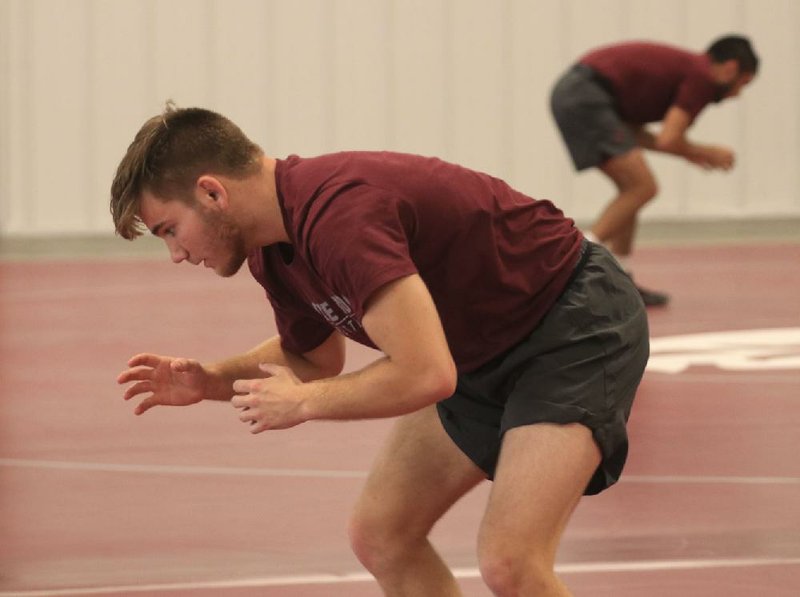 The University of Arkansas at Little Rock completed its inaugural wrestling season earlier this month.

While the Trojans had only one dual victory, Coach Neil Erisman said that he was pleased with how his team battled throughout the 2019-20 season.

"We're very proud of our guys, from where we started and to where we progressed," Erisman said. "The young guys stepped up. We didn't have a full squad. But our guys fought real hard."

Freshman Conner Ward finished in fourth place at the Pac-12 championships, while juniors Jose Champagne and Dylan Johnson, and freshmen Jayden Carson and Matthew Muller all had fifth-place finishes.

"Paul had a really good season," Erisman said. "If Paul had not missed the Southern Scuffle [on Jan. 1 because of a staph infection], he would have ranked in the top 20. He was solid all year. He stepped up in a solid way." 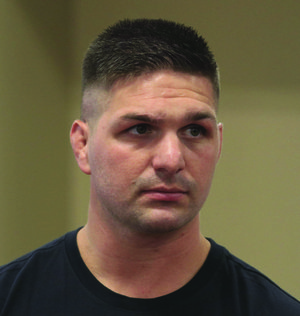 Ward, who was the first wrestler to sign with UALR in Sept. 2018, improved as the season went on, Erisman said.

"He hit his stride and turned a corner," Erisman said. "It's a testament to his character. Some guys, they'll drop their head and call it a day. But he bought in and believed in the process."

The Trojans' inaugural schedule was not one for the weak.

In fact, major conference opponents came to the Jack Stephens Center in Little Rock. North Carolina of the ACC, which was where Erisman was an assistant coach for four seasons before taking the UALR head coaching position in June 2018, visited Dec. 20. Also, UALR hosted Pac-12 power Arizona State on Feb. 7.

The Trojans' lone dual victory was against the University of Ozarks on Nov. 24, 34-6.

UALR's only Pac-12 dual match ended with a 38-9 defeat to Arizona State. But the Trojans picked up three individual match victories from Bianchi, Ward and freshman Tyler Brennan.

Despite the dual loss to the Sun Devils, the individual victories gave Erisman hope.

"We won three or four matches against those guys who didn't wrestle their backups," Erisman said. "There are no moral victories. But for a first-year program, it is important that we celebrate those small victories."

While UALR's season ended March 7 and wasn't affected by the coronavirus pandemic, the situation has made recruiting for next season a little more interesting.

The coronavirus pandemic forced the NCAA to cancel its winter and spring championships, along with having to prohibit in-person recruiting until April 15. But Erisman and assistant coach Javier Maldonado have received two commitments recently and expect to land 10 wrestlers for the Class of 2020.

Erisman said he and Maldonado have used FaceTime and Zoom to help in recruiting.

"It's about adapting and adjusting," Erisman said. "People don't like uncertainty and loss. But it has turned out to be a new way to utilize recruiting."

Erisman said the 2020-21 schedule will have Stanford visit the Stephens Center along with Oklahoma State and Purdue. Other schools on the schedule include Northern Illinois and Southern Illinois-Edwardsville.

But for the 2019-20 season, Erisman was impressed with the support the program received in its first year in a state that is still relatively new to wrestling, with high school wrestling only being sanctioned since the 2008-09 season.

"We were unbelievably grateful for the support," Erisman said. "I think for every single dual that we had, there was a local businessman or a local pastor who watched a live wrestling match for the first time.

"This is going to be a neat thing not only for Little Rock but for the state of Arkansas. It's only going to exponentially grow."