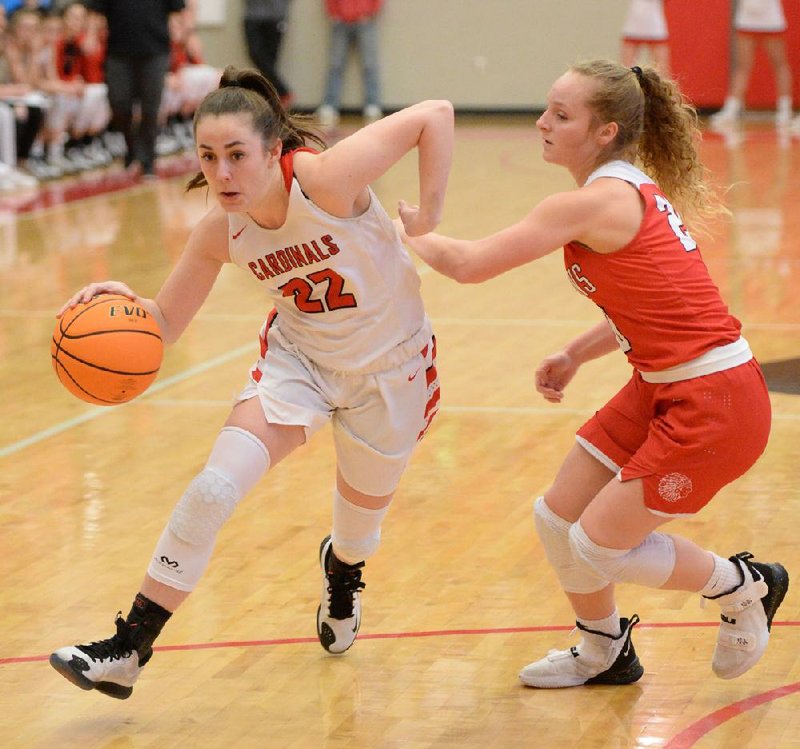 Makenna Vanzant drives past a Pocahontas defender during the Class 4A state tournament at Cardinal Arena. Vanzant is a four-year starter who led Farmington to a 32-3 record as a senior. (NWA Democrat-Gazette/Andy Shupe) ( rick fires / Andy Shupe)

Playing basketball wasn’t a concern for Makenna Vanzant’s doctors, family, and friends at the Arkansas Children’s Medical Hospital in 2017 when she was lying in bed for 16 days with a serious illness.

Vanzant was struggling with Hemolytic uremic syndrome, a condition that can occur when the small blood vessels in the kidneys become damaged and inflamed, which can cause clots to form in the vessels and lead to kidney failure. Vanzant eventually recovered and even regained enough strength and stamina to play in some games her sophomore year. 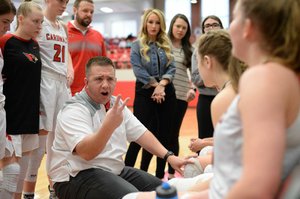 Photo by Andy Shupe
Farmington coach Brad Johnson speaks to his team Saturday, March 7, 2020, during the first half of the Cardinals' 76-64 win over Batesville in the Class 4A State Basketball Tournament in Cardinal Arena in Farmington. Visit nwaonline.com/prepbball/ for a gallery from the game. (NWA Democrat-Gazette/Andy Shupe)

She made all-state as a junior and came back even stronger as a senior while leading Farmington to a 32-2 record. Vanzant flourished in the postseason and made a half-court shot while scoring 22 points in the 4A-North Region championship game against Harrison. She returned home with a hot hand and scored 20 points against Pocahontas in the quarterfinals of the Class 4A state tournament at Cardinal Arena. Vanzant added 20 more points when Farmington eliminated defending state championship Batesville in the semifinals.

For her achievements, Makenna Vanzant is the All-Northwest Arkansas Democrat-Gazette girls basketball Player of the Year for Division II.

“If you could draw up the perfect kid to lead your team, a person with unbelievable work ethic, that’s Makenna,” Farmington coach Brad Johnson said of Vanzant, a four-year starter who finished her high school career with over 1,900 points and more than 500 rebounds and 500 assists. “She’s the definition of that. She has a natural will to fight and succeed.”

Vanzant averaged 16.4 points and 5.4 assists for Farmington, which was scheduled to face undefeated Star City in the Class 4A state championship game before play was canceled because of concerns over the spread of the covid-19 virus. Vanzant is a top 3-pointer shooter who also piled up points after aggressive moves to the basket. She’ll continue her basketball career at Central Missouri, which won a national championship in Division II in 2018.

“I’m so blessed,” Vanzant said. “It was a very good year and I had a lot of fun playing with my teammates.”

Vanzant was the leading scorer on a balanced team with playmakers at every position. The Lady Cardinals beat Pea Ridge four times and Harrison three times while winning conference and regional tournament championships. 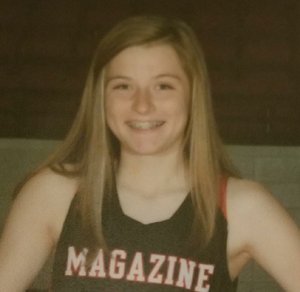 “The unique thing about this basketball team was their ability to be totally unselfish and buy into each other,” Johnson said. “It’s been a pleasure to coach them because each one of these kids sold out in doing whatever it took to win basketball games.”

Robinson averaged 16 points, 5.5 rebounds, and 3.5 steals per game as a sophomore for Magazine, which finished 15-9 on the season. She scored 43 points and made seven 3-pointers against Hector to set a school scoring record.

“Kylie had an unbelievable year for a sophomore,” Magazine coach Randy Loyd said. “She wasn’t intimidated at all. She was a great offensive threat who played extremely hard.”