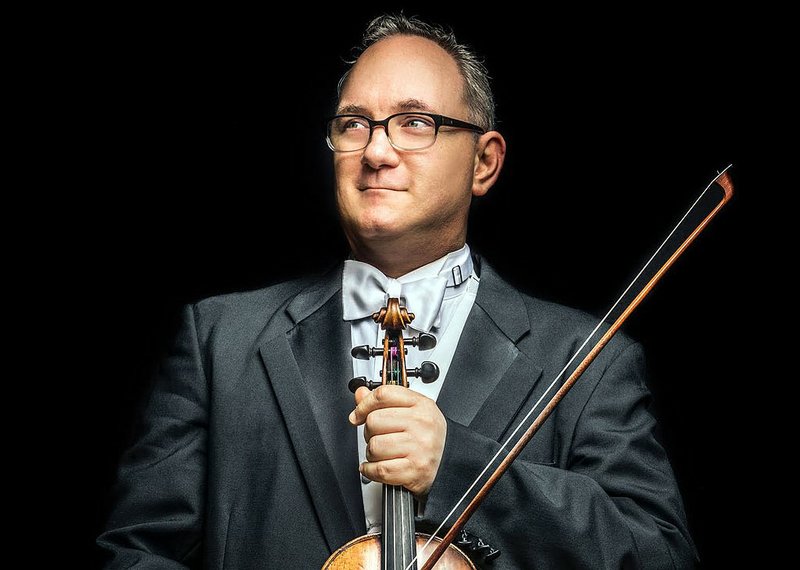 With the spread of coronavirus and social distancing keeping the members of the Arkansas Symphony Orchestra from performing in public, they’ve taken to expressing themselves virtually through a video series they’re calling “Bedtime With Bach.”

The brainchild of Drew Irvin, ASO's co-concertmaster, the series involves orchestra members posting videos online via Facebook, at 9 each night, performing from their homes snippets of classical music, much, though not all, of it by Johann Sebastian Bach.

Violinist Linnea Brophy, also a member of the orchestra’s Rockefeller Quartet, takes on the third movement of Bach’s solo vioiin Sonata No. 3. And violist and Quapaw Quartet member Tim MacDuff adapts the gavottes from Bach’s Sixth Suite for Solo Cello.

Bach wrote no music for the clarinet, which wasn’t yet invented by the time of his death in 1750, so principal clarinetist Kelly Johnson “borrows” the two minuets from Bach’s Third Cello Suite. Principal trumpet Richard Jorgensen adapts a fanfare from a Bach prelude.

A couple stray even farther afield. Violinist Geoffrey Robson, who is the orchestra’s interim artistic director while the orchestra is between permanent conductors, performs a version of Aretha Franklin's "I Say a Little Prayer for You." Rick Dimond, normally the orchestra’s timpanist, pulls out his accordion to play a Spanish bolero.

The videos, which last anywhere from one to five minutes, have pulled in thousands of hits — Gerstein's performance racked up 10,000 views — and national attention, with stories on CNN and in The Washington Post. They’re available at facebook.com/watch/arkansassymphony and at Arkansassymphony.org/bedtime.

“When Drew started this video series, I thought, ‘what a cute and positive idea,’” Dorris said. “I had no idea it would explode into something so many people love. It speaks to the power of music to heal, comfort and connect. We need that more than ever.”

“I am grateful to work with a group of musicians that think first about how they can help our community and do it immediately,” said orchestra Executive Director Christina Littlejohn. “I confess that right now I am writing down and making decisions based on a list of ‘unknowns,’ and it's scary. We don't know much right now but because of our Arkansas Symphony Orchestra musicians, I know I can be still at 9 p.m. every night and enter Drew, David, Alisa, or Rick's home and they will play a lullaby for me.”

Irvin told CNN he hopes to keep the series going as long as people are stuck at home.

"I hope it gives the community music, a moment of comfort and something to count on," he said.