Is a sequel to Netflix's Spenser in the works? 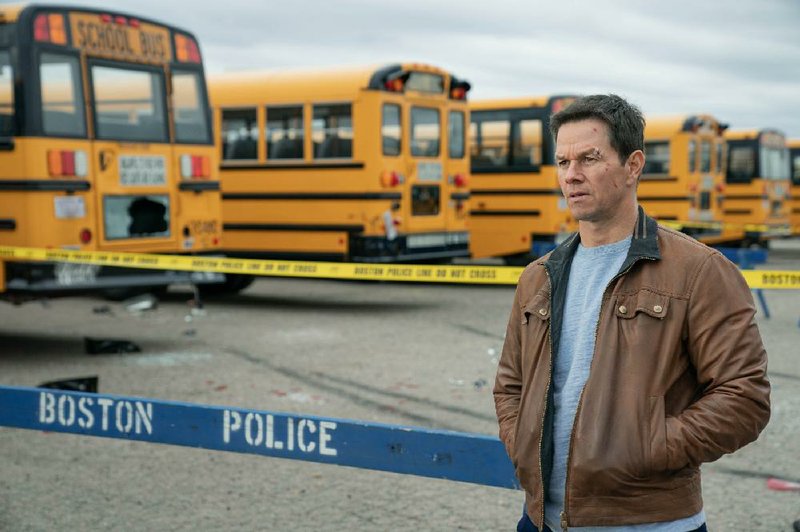 Mark Wahlberg doesn't consider himself a big sequel guy. In his 25-plus-year acting career, the actor has made just three sequels: Ted 2, Transformers: The Last Knight and Daddy's Home 2. "I always like to find the next new thing to do, and I always want to do the complete opposite of the last thing I did," he says.

With his new Netflix action-comedy Spenser Confidential, though, the franchise question rises to the fore. Available via streaming, the film has Wahlberg taking on the role of the late author Robert B. Parker's flinty Boston private eye Spenser, a much-loved character who, since his introduction in 1973, has appeared in nearly 50 books, the 1980s ABC series Spenser: For Hire and a number of made-for-TV movies.

Spenser Confidential ends with a classic tune-in-next-time cliffhanger, as Wahlberg's PI, having successfully cracked one conspiracy, catches whiff of the next mystery to solve. That raises the question: With an apparent sequel all teed up — and so much more Spenser material to potentially draw on — should we anticipate more Spenser movies to come?

For all of its ever-growing might in Hollywood, as of now, Netflix doesn't have the deep well of branded intellectual property to leverage that the major studios do, and in Spenser Confidential the company clearly saw potential for a homegrown film franchise.

"I read a bunch of the Spenser books and thought it had the great possibility for a series or a franchise of movies," says producer Neal Moritz, who developed the project through his Original Film production company and took it to Netflix (whose film chief, Scott Stuber, helped launch the Moritz-produced Fast and the Furious series when he was an executive at Universal). "When Netflix was interested in doing it, I just thought it could be a great home for it, and hopefully it was something where we could make a number of them."

Though no sequel is in the works as of yet, the key creative players in Spenser Confidential — including Wahlberg, Moritz, director Peter Berg and co-star Winston Duke — all say they're open to doing a follow-up.

"I welcome the opportunity," says Duke, whose portrayal of Hawk as a new age UFC fighter deviates fairly dramatically from the suave mob enforcer of the books and TV series. "The great thing about this group of characters is they don't back down, they don't shy away from a challenge. I think that will always lead them into more adventure — and adventure can come from anywhere. They're great representations of everyday people who have a lot of integrity and are willing to put it all on the line for the things they care about and the families they build. I think taking care of each other is a sentiment that we could all use right now."

"We've had a lot of discussions about where future installments can go," Moritz says. "We'd all love to do it because we love the characters and the relationships. My favorite genre as a moviegoer is buddy-cop action-comedy movies. I'd love to see how those characters can grow."

Wahlberg and Berg — whose previous collaborations include Lone Survivor, Deepwater Horizon and Patriots Day — acknowledge they're interested in exploring the possibilities but will wait to see how audiences respond before pulling the trigger. Both have other projects already in the pipeline. Wahlberg, who will be back on the big screen this summer in the sci-fi thriller Infinite, is attached to star in an adaptation of the video game Uncharted, as well as the long-gestating Six Billion Dollar Man on top of other film and TV projects he's producing. Berg is currently at work on a limited series on the opioid crisis called Painkiller for Netflix and is slated to direct a pair of documentaries on Rihanna and Chris Cornell.

"I'm a believer in one film at a time and see how that goes," Berg says. "I do feel like (Spenser Confidential) lends itself well to a sequel, obviously given how we ended up the film. I hope the film is a success by whatever barometer Netflix uses. Doing another one is something that Mark and (Spenser co-screenwriter) Brian Helgeland and I have all talked about, that we'd love to do it."

With author Ace Atkins — on whose Wonderland Spenser Confidential is loosely based — continuing to write new Spenser novels since Parker's death in 2010, the amount of material to draw upon is only growing. But in the end, it may all come down to that Netflix barometer for success.

While reviews for the film have been mixed, Times critic Kenneth Turan suggests he, for one, would be up for another spin, writing, "A possible sequel is teased at the end of this adventure, and that wouldn't be a half bad idea."

Sequel guy or not, Wahlberg says that if the audience has the appetite for it, he'd be only too happy to return to the world of Spenser, which is a deeply familiar one to the South Boston native. "It was nice to be able to do something light and fun and switch it up and also be able to be at home," he says. "Netflix has their own metrics and how they equate success. But if audiences really love the movie and they want to see another one and we get a guy like Brian Helgeland to write something really cool that can kind of stand on its own, then I'd be open to exploring that."

Print Headline: Is a sequel to Netflix's Spenser in the works?