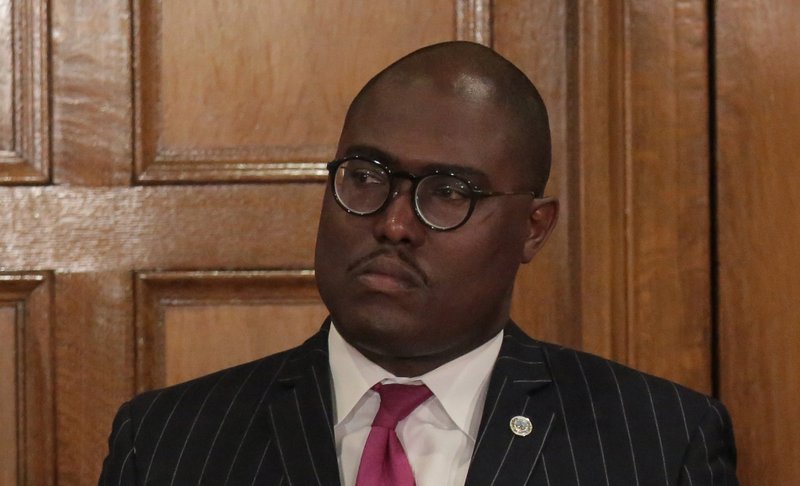 Little Rock Mayor Frank Scott Jr. will not pursue a new 1% sales tax for the city, an initiative he had promoted since January, because of the covid-19 pandemic.

Since his State of the City address Jan. 30, Scott had touted the "Lift Little Rock" sales tax as a way to fund numerous quality-of-life initiatives, including redesigns for the closed golf courses at War Memorial and Hindman parks.

The proposed tax would have generated an estimated $50.5 million in new annual revenue, Scott told city directors earlier this month, and he expressed his desire to put the question on the ballot for voters to decide before September.

That was before the first covid-19 case was confirmed in Arkansas about two weeks ago. The number of cases in the state topped 300 as of Wednesday.

Scott announced at a news conference Wednesday that he won't pursue the tax this year or for the foreseeable future.

"We are enduring uncertain economic times, and there are more difficult days ahead," he said. "We need to focus our time and attention on helping small businesses and individual workers who are impacted so we can all survive this season."

Including state and county sales taxes, consumers in Little Rock pay a total 9%. The local tax rate is 1.5%. A three-eighths percent tax that funds general operations and maintenance is due to expire in 2021, so the rate will fall to 1.125% starting Jan. 1, 2022, if that tax is not renewed or if no taxes are passed.

Scott said Wednesday that he soon will present to the Board of Directors a proposal to adjust the 2020 budget in anticipation of decreasing revenue.

The board's approval is required to make changes in the budget that the board approved in late 2019.

"We must take steps to ensure we revise where we can in order to continue providing the essential services to our residents," Scott said.

Scott did not provide specifics of what a budget amendment might include during the news conference Wednesday. When asked if there would be cuts or a hiring freeze, he said all options are on the table "to ensure fiscal responsibility and stewardship in these trying times."

Gov. Asa Hutchinson issued a mandate last week closing dine-in service at bars and restaurants across the state. City parks and other recreation facilities, such as the Jim Dailey Fitness and Aquatic Center and the zoo, have been closed as well.

Little Rock Finance Director Sara Lenehan said in an email earlier this week that she anticipated reductions in some city revenue streams, especially in areas where the city charges for services.

Lenehan said the city had not yet quantified the financial impact of covid-19 but that the pandemic will have an impact on the revenue of every municipality.

North Little Rock Mayor Joe Smith said last week that his city is in good financial condition but a decline in sales-tax revenue is expected. For that reason, Smith implemented a freeze on city hiring of nonessential personnel and a hold on nonessential purchases.