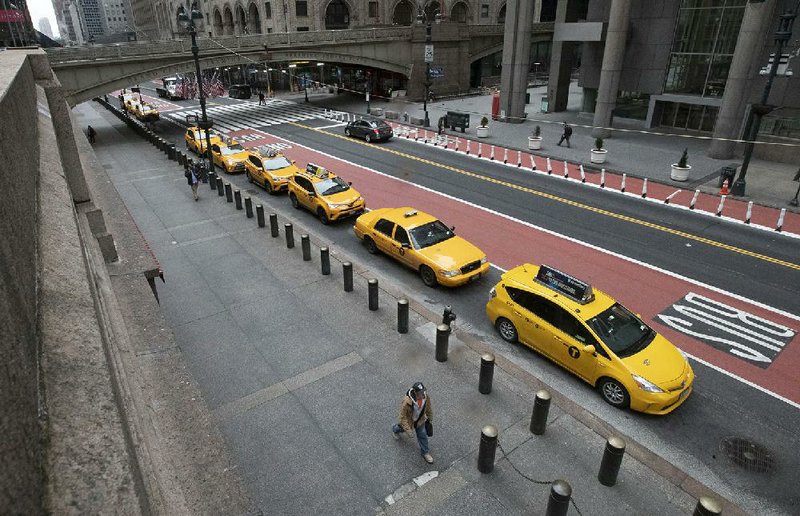 NEW YORK -- Just days after New York leaders ordered people to stay home, authorities mobilized to head off a potential public-health disaster Wednesday, with the city's emergence as the nation's biggest coronavirus hot spot and a warning flare for the rest of the country.

A makeshift morgue was set up outside Bellevue Hospital, and the city's police, their ranks dwindling as more fall ill, were told to patrol nearly empty streets to enforce social distancing.

Public-health officials hunted down beds and medical equipment, and put out a call for more doctors and nurses for fear the number of sick will explode in a matter of weeks, overwhelming hospitals the way the virus did in Italy and Spain. New York University offered to let its medical students graduate early so that they could join the battle.

Worldwide, the death toll climbed close to 21,000, according to a running count kept by Johns Hopkins University. The number of cases worldwide was more than 460,000. The number of dead in the U.S. topped 900, with nearly 63,000 infections.

New York state alone accounted for more than 30,000 cases and close to 300 deaths, most of them in New York City.

Gov. Andrew Cuomo, again pleading for help in dealing with the onslaught, attributed the cluster to the city's role as a gateway to international travelers and the sheer density of its population, with 8.6 million people sharing subways, elevators, apartment buildings and offices.

Some health experts also attributed the city's burgeoning caseload in part to the state's big push to test people.

[Video not showing up above? Click here to watch » https://www.youtube.com/watch?v=DzEWBsiIopk]

Nearly 7 million people in the San Francisco area were all but confined to their homes on March 17, and California put all 40 million of its residents under a near-lockdown three days later.

The New York state order to stay at home did not go into effect until Sunday evening, March 22, and New York City's 1.1 million-student school system was not closed until March 15, well after other districts had shut down.

Dr. Mark Dworkin, an epidemiology professor at University of Illinois-Chicago, said he hadn't followed New York's situation closely enough to say whether he would have done it differently, but he noted that moving quickly is critical -- and sometimes difficult to do at early points, when the public doesn't sense an imminent threat.

"At first, I think there's a certain amount of disbelief that goes on," he said. "I think that contributes, to some extent, to the lack of putting the foot on the gas pedal on some of the control measures that we know we need to do."

After New York's first positive test came back on March 1 -- in a health care worker who had traveled to Iran and secluded herself upon returning -- New York City Mayor Bill de Blasio and Cuomo initially cast the disease as a dangerous threat but one that the city's muscular hospital system could handle.

The risk to most New Yorkers, they said, was relatively low.

But their message shifted, as it did with many other leaders, who found themselves acting on new information in an uncharted, fast-changing situation.

Tassier said it wasn't too late: "We can still make things better than they would be otherwise."

Around the U.S., other states braced for a version of New York's nightmare, with fears over public events held in the weeks before the virus exploded.

A month after Mardi Gras in and around New Orleans, Louisiana is seeing a ballooning number of cases and now has the third-highest rate per capita in the U.S., according to the governor. Sixty-five have died, and the virus has been confirmed in three-quarters of the state's 64 parishes.

Small towns and rural areas are beginning to sound the alarm as well.

In Georgia, a state that has seen cases grow to more than 1,200, an Albany hospital's three intensive-care units were already full, and doctors were working to discharge people as quickly as possible to make way for new patients.

For most people, the coronavirus causes mild or moderate symptoms, such as fever and cough that clear up in two to three weeks. For some, especially older adults and people with existing health problems, it can cause more severe illness, including pneumonia.

In other developments around the globe:

• The White House and legislative leaders reached agreement on an economic relief package, a $2 trillion plan to help businesses survive the crisis and give households checks of $1,200 per adult and $500 per child. Stocks rallied on Wall Street for the second day in a row.

• Prince Charles, the 71-year-old heir to the British throne, tested positive for the virus but was showing only mild symptoms and was isolating himself at a royal estate in Scotland, his office said.

• Russian President Vladimir Putin postponed a nationwide vote on proposed constitutional amendments that could enable him to extend his hold on power. The decision was made as Russia reported its first deaths from the virus, two older patients who had underlying conditions.

• The French Riviera city of Cannes opened the site of its world-famous film festival to the homeless.

• British Prime Minister Boris Johnson said more than 400,000 people responded within a day to the government's call for volunteers to help the country's most vulnerable people. They will deliver medicine, drive people home from doctor appointments and make phone calls to check on patients.

In Latin America, most leaders reacted to the arrival of the coronavirus in the region with speed and severity: Borders were shut. Flights were halted. Soldiers enforced quarantines, and medical professionals prepared for an onslaught of patients by building field hospitals.

But the presidents of Brazil and Mexico, who govern more than half of Latin America's population -- Jair Bolsonaro of Brazil and his Mexican counterpart, Andres Manuel Lopez Obrador -- have remained strikingly dismissive. They've scoffed at calls to shut down business and sharply limit public transportation.

"This is a recipe for social implosion in a region that was already in a state of social upheaval," said Monica de Bolle, a senior fellow at the Peterson Institute for International Economics, who is originally from Brazil. "In a situation like this, things can break down really fast if there is a lack of trust in government and people feel very vulnerable."

Lopez Obrador, a leftist, has continued to wade into crowds and kiss babies. Ruling out travel restrictions, business closings or quarantine orders, last week Lopez Obrador suggested Mexico would be spared by divine intervention as he held up two amulets he called "my bodyguards."

"Do not panic, and please do not stop going out," he said in a video Sunday night. "If you have the economic capacity, keep taking your families to restaurants because that means strengthening the family and popular economy."

It was not until Tuesday that his government closed schools, prohibited gatherings of more than 100 people and told Mexicans to stay at home.

But Bolsonaro, a far-right leader who has been in office a little more than a year, has remained defiant, continuing to dismiss the virus as a "measly cold" that does not warrant "hysteria."

In a national address Tuesday night, Bolsonaro dismissed measures taken by governors and mayors as a "scorched earth" approach. Bolsonaro, who is 65, also said that if he were to get the virus, he would recover easily because of his "athletic background."

As of Wednesday night, Brazil had 2,433 confirmed cases, a sixfold increase from a week ago, and 57 deaths, according to Johns Hopkins University's count.

"Life goes on," Bolsonaro said last Tuesday. "There's no need to be hysterical."

Information for this article was contributed by Jennifer Peltz and Colleen Long of The Associated Press; and by Ernesto Londono, Manuela Andreoni, Leticia Casado and Azam Ahmed of The New York Times. 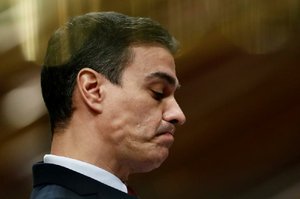 Photo by POOL EFE
rime Minister Pedro Sanchez of Spain pauses Wednesday in Madrid during a speech in a nearly empty parliament and to lawmakers following online before a vote to approve the extension of the national lockdown. Spain’s death toll from the coronavirus rose past 3,400, second only to Italy. (AP/Mariscal) 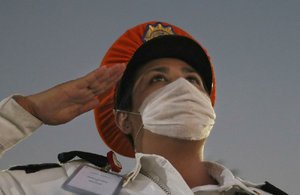 Photo by AP
A police officer salutes the Mexican flag as it is raised Wednesday at Benito Juarez International Airport in Mexico City. Some international travelers are trapped because of canceled flights, and Mexican President Andrews Manuel Lopez Obrador has scoffed at calls to limit crowds. (AP/Marco Ugarte) 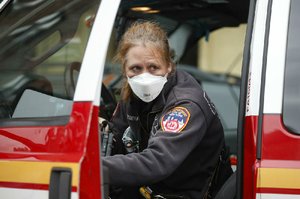 Photo by AP
A New York Fire Department medical worker steps out of her vehicle Wednesday at a covid-19 testing site at Elmhurst Hospital as health officials mobilized to head off a potential public-health disaster. (AP/John Minchillo)