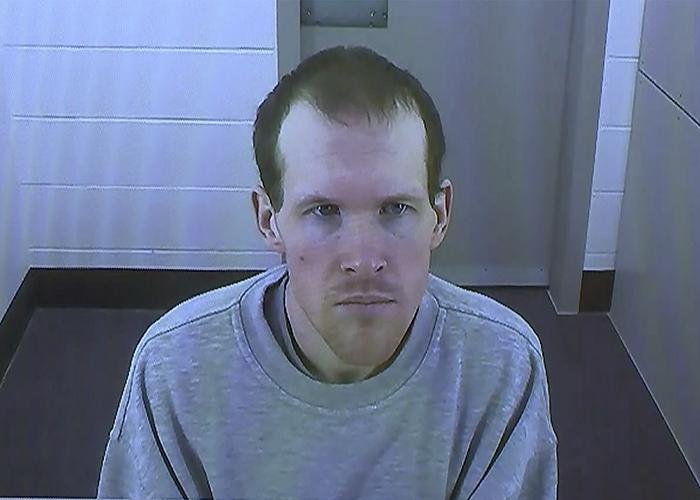 CHRISTCHURCH, New Zealand -- Surprise, relief and a "mix of emotions" greeted the news Thursday that Brenton Tarrant, the man who had carried out New Zealand's worst peacetime atrocity, had reversed his innocent plea and was convicted on all charges.

Tarrant killed 51 worshippers and injured dozens at two mosques in Christchurch on March 15, 2019. The first of the attacks was livestreamed on the internet.

The Australian was charged with the highest number of murder counts filed against an individual in New Zealand's history, to which a terrorism offense and 40 counts of attempted murder were added.

The reasons behind Tarrant's surprise move to switch his plea to guilty remain unclear; he had previously denied culpability, and a trial had been scheduled for June. The news broke as New Zealand began a nationwide lockdown to curb the spread of the coronavirus.

[Video not showing up above? Click here to watch » https://www.youtube.com/watch?v=XCmOWpdh8So]

Appearing Thursday in Christchurch High Court by video link from an Auckland prison, a gaunt Tarrant listened to the court registrar read out the charges and the names of the dead. Two senior members of Christchurch's Muslim community were present, although victims' families and other survivors did not attend.

Tarrant, who could face life in prison, was remanded into custody by Justice Cameron Mander, the presiding judge, until May 1, by which time a date for the sentencing would be set. Attorneys for the 29-year-old, New Zealand's first convicted terrorist, did not respond to a request for comment.

Jamal Green, spokesman for Al Noor Mosque, which was targeted in the attacks, said he did not know in advance about Tarrant's sudden decision to plead guilty. The reaction from the community was "one of relief and great surprise; tears of joy, even," Green said.

"It should be acknowledged, however, that there will be a mix of emotions," he added. "This is no easy joy or satisfaction. Every community that has been a victim of hate and loss will recognize a kind of emptiness when their world has suffered in this way."

Graeme Edgeler, a lawyer and legal commentator, noted that a guilty plea, however belated, might open the possibility of a sentence with parole.

"In New Zealand, a person pleading guilty is usually entitled to a reduction in their sentence for the guilty plea, so there may be a hope that a guilty plea will mean there will only be a life sentence with a very long nonparole period, instead of a sentence of life without parole," he said.

The offense is so serious, however, "that even with a guilty plea, a life-without-parole sentence must still be likely," Edgeler added.