What to stream while you are in isolation 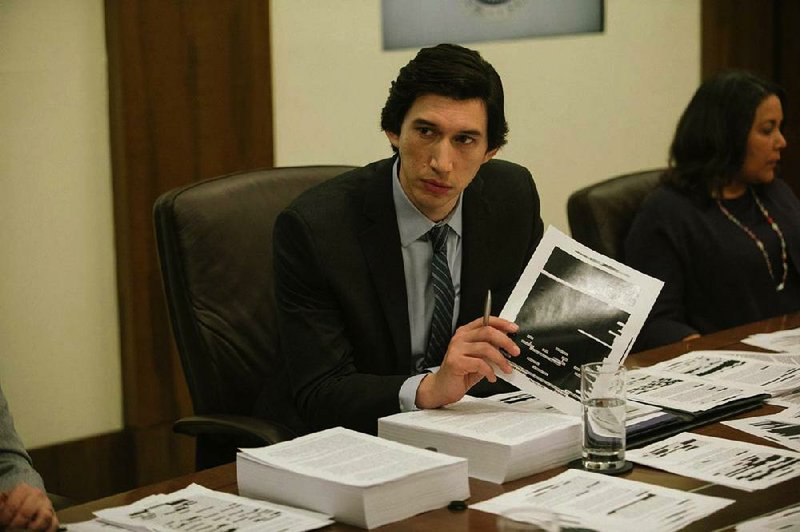 Adam Driver stars as Senate staffer Daniel J. Jones, who was tasked with leading an investigation into the CIA’s post 9/11 Detention and Interrogation Program, in The Report.

In order to provide the most utility, we'll take the original 30x30 concept and tweak it a bit: We'll focus on a variety of genres from week to week to keep our bases covered -- everything from westerns to sci-fi, indie dramas, art house oddities and, yes, musicals. Also, every movie I list here is available in streaming format (listed), so consider anything higher than 5.0 as potentially worth your investment if you have to rent it. Set your mood and make your pick: Eventually, there will be something for nearly everyone.

1. The Report (2019): It might be difficult to remember now, but a couple of decades ago, we were also in terrible shape in the White House: the Bush/Cheney regime had gotten us into a pointless war we didn't need and had the country enter into the "dark side" in order to try to prevent another 9/11 from happening. Included in the litany of horrible, immoral programs started under W. was the laughably euphemistic "Enhanced Interrogation Technique" deployment, an illegal and reprehensible use of torture on political prisoners. Under Obama, the program, admitted by the CIA to be worthless as an intel-gathering system, was quickly dispatched, but the lingering taint of possible war crimes had led to a supposedly thorough investigation by the Senate. Led by a young intelligence agent named Dan Jones (played here by Adam Driver), the titular report refers to the final conclusions drawn by the senate sub-committee, but not before the notoriously prickly CIA had done everything it could to suppress it. Scott Z. Burns' film follows closely the drafting of the report and the many obstacles standing in the way of getting it out to the public, even in heavily redacted form. Burns isn't going for artistic style points, here, his movie is straightforward, voluminous in detail, condensing an extremely complicated story in a short narrative. In place of visual flair, there is the compelling theatrics of Driver, whose singular delivery -- in which every word takes on heightened emphasis -- helps make the naturally dry material a good deal more persuasive. Unlike Spotlight, a more emotionally moving procedural drama, it doesn't offer the payoff of knowing a thing has been exposed that will change a great many lives. While a version of the report was finally released in the waning years of Obama's term in office, to date, none of the perpetrators has ever been charged with a crime or received a demotion as a result.

Streaming Worthiness: 6.6, dry like a good martini served in an accountant's bar

2. Bad Boys (1995): An atrocity. Michael Bay began his illustrious career with this dumb-as-Styrofoam action flick, about a pair of horrendously unprofessional Miami narcotics officers on the trail of a giant haul of heroin stolen out of the PD holding room. Essentially, it serves as a star vehicle for the then lanky young bohunk Will Smith, falling all over itself to give him the coolest car (a Porsche 911), pad (penthouse suite), and all the best, smoothest lines. Martin Lawrence, smaller, less cool, and, for God's sake, a family man, therefore is saddled with all the film's achingly bad comedic moments -- he's a married guy who never has sex! -- as Smith's partner. The two of them wreck huge areas of Miami, in pursuit of the thieves, leaving bodies, wrecked cars, and explosive fires (Bay's favorite) in their wake (naturally, their completely ineffectual chief, played by Joey Pantoliano, yells at them in-between sending them back out for more of their brand of wanton destructions with orders to "do whatever it takes" to bring justice). A warmed-over rehash of Lethal Weapon-style cliches (which weren't much good to begin with), with a script so aggressively terrible and direction so sloppy it leaves even competent actors to bring some of their worst performances (what is Tea Leoni even doing here?), beyond Smith's burgeoning star power, it offers little else to watch. Stuffed with clumsy action sequences set against the painfully unfunny bickering between the leads, all I could do was check how much time was left in this abysmal exercise until the end credits arrived. How slapdash is this thing? In one climactic moment, a drug baron gets shot at close range, but his hand reflexively covers a different part of his chest than where the blood squib actually fires (guess they didn't have a clean extra suit for the actor to try again). By the end, you'll feel as busted as when one henchman in the film's soggy climax gets a shotgun blast to the chest, falls back onto an electric panel, shocking himself, and then stumbles away, suddenly on fire for some reason.

3. Bob & Carol & Ted & Alice (1969): Each time one of the principal characters in Paul Mazursky's wry comedy experiences what they believe to be an epiphany they triumphantly exclaim "Insight!" as if the world around them needs to stop and listen to their breakthrough. Following a pair of self-involved, late-'60s era couples in L.A., the film plays interesting games with its sense of sympathy. Are we meant to smirk when Bob (Robert Culp) and Carol (a luminescent Natalie Wood) attend a Confrontation Encounter seminar for a weekend in the film's opening scene, as they bond with the other strangers in the class and sob and hug at the fulfillment of "honest" connection? Should we then accept when Bob, a documentary filmmaker, has a one-night fling with a "pretty blonde" while up in San Francisco, and meets with warm approval when he tells Carol about it (or when Carol reciprocates in kind with a tennis instructor and Bob comes around to actually getting the fellow a nice glass of Scotch)? Or should we be as appalled as their best friends, Ted (Elliot Gould) and Alice (Dyan Cannon), are, at least at first? Should we see the couples' failed attempt at an orgy near the end in a Vegas hotel (before heading out to a Tony Bennett show) as a metaphor for their failed ambition at honesty and sincerity or laud them for not going through with it? Mazursky keeps his cards close to the vest, which makes some of the scenes (particularly an excruciating sequence when Ted and Alice attempt to navigate a sexual contretemps one evening in bed) difficult to read. It's not satire, nor is it evangelical. In the end, it would seem the director is content to capture a crystallized moment in time (notably, the film premiered at the NYFF in September 1969, barely a month after the Manson murders killed everyone's California joyride), letting his characters speak their truths unadorned by obvious editorial commentary. Watching it now, it's a wonder any marriage survived the era.

4. Captain Marvel (2019): The film Marvel had to rush out in time as the final setup to Avengers: Endgame has strong moments, but watching it now, a year later, you get the sense it didn't quite have enough time in the oven before it was served. While Brie Larson's superheroine turn is energizing -- her sly smile punctuates many of the film's best moments -- and the plot twist, in which the whole heroes/villains paradigm is quickly turned on its head, help keep things moving, it doesn't feel as if we get enough time with the good Captain at the peak of her powers (which remain somewhat nebulous, it must be said). This is especially true at the film's climax, when she's finally given a chance to confront her former mentor (Jude Law, always a treat) in a battle royale the film hints at from the very beginning, but instead, directors Anna Boden and Ryan Fleck eschew an extended battle sequence in favor of a Raiders of the Lost Arc callback, coupled with a feminist stickjab punchline. While it works in the moment, it still gives the film a sense of incompletion (Raiders still had a plethora of unforgettable stunts left to go, after all), as if they didn't have time to really feel it out in the most satisfying way. Still, there are great moments -- goosebumps when the Captain turns the "you're only human" line to her advantage -- and it does accomplish its stated goal of further setting up Endgame, which was to come out only a month or so later.

5. The Cabin in the Woods (2011): As far as the snarky postmodern horror genre goes (think Scream, Halloween H2O, and the like) Drew Goddard's blood-soaked fright fest (co-written and produced by Joss Whedon) goes to an entirely different level of meta -- and has a better and more successful time doing it than many of its predecessors. Whedon and co. have created a nearly perfect vehicle for his particular brand of bloody good humor (unless you think the prospect of seeing a grisly, hillbilly zombie attacking a co-ed sounds uninteresting), which also takes into account an audience's insatiable desire to see beautiful, privileged young people get on the wrong side of a swinging bear trap. The result is a surprisingly sly and oft-hilarious riff on the rigid structure and standard tropes of the slasher genre, a bit like

Six Characters in Search of a Homicidal Demonspawn. The surprising thing is how well the whole piece plays out, especially for nerdy pop culture sophisticates, who tend to eat Whedon voraciously and with a full set of Buffy utensils: You get the impression he and director Goddard had nearly as much fun sending up the genre as taking part in it. German auteur Michael Haneke might have made similar sorts of observations in his unrelentingly dark Funny Games, but he refused to let the audience in on the joke, preferring, instead, to use his cinematic pulpit as a scold. Whedon, meanwhile, through clever meta-writing and solid comedic chops, gets to have his bloody cake of good-natured nonsense and to eat it as well.

Print Headline: What to stream while you are in isolation