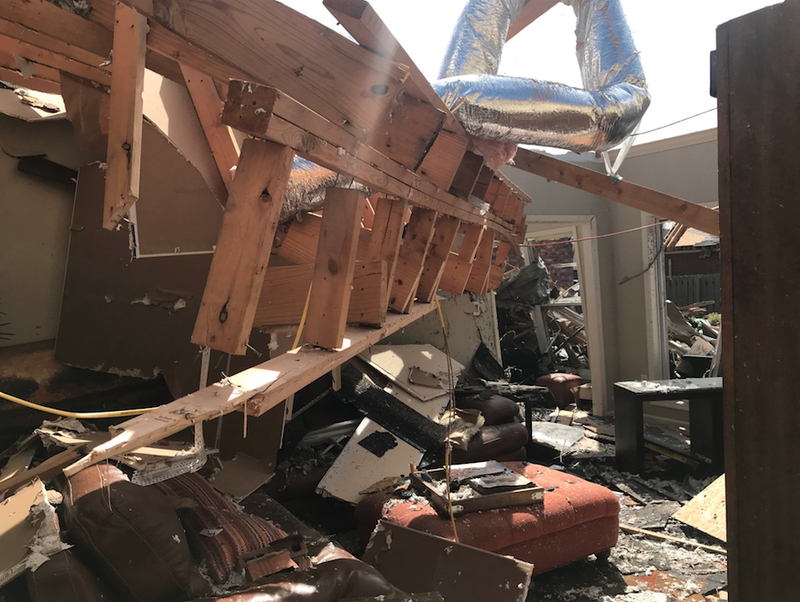 Wreckage litters a Jonesboro home Sunday after a tornado swept through the city on Saturday night, injuring 22 people.

The proclamation will speed up the availability of resources to officials there, said Hutchinson, who made the announcement during a daily coronavirus briefing with reporters in Little Rock on Sunday afternoon.

The governor said he he intends to meet with local officials and survey the damage done. A news conference is scheduled in Jonesboro at 5:30 p.m.

Craighead County Judge Marvin Day said at a news conference Sunday morning that 22 people were injured in Saturday night’s tornado in Jonesboro, with two admitted to the hospital. There were no fatalities, he said.

The rescue effort is complete as of Sunday morning, Day said at the conference, held in downtown Jonesboro.

A modified version of the curfew imposed by the mayor for Saturday night is still in place from 9 p.m. Sunday to 6 a.m. Monday.

Day said officials are seeing a lot of problems with people out sightseeing, and suggested people should not go out and take photos. If residents need assistance with shelter, he encouraged them to contact the Red Cross.

Craighead County Sheriff Marty Boyd said injuries could have been much worse. The less traffic on the roads right now, he said, the faster Jonesboro can get things back to normal operations, he said.

Jonesboro Mayor Harold Perrin thanked God that there were not more people injured. He also thanked first responders for their rapid efforts to set up a command center.

People interested in volunteering can call 870-935-5562, he said. Donations are not needed at this time but may be later, according to Perrin.

He reminded residents that despite the tornado, “we are still under covid-19.” He suggested that social distancing measures remain in place with all volunteering and cleanup work. 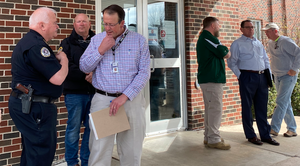