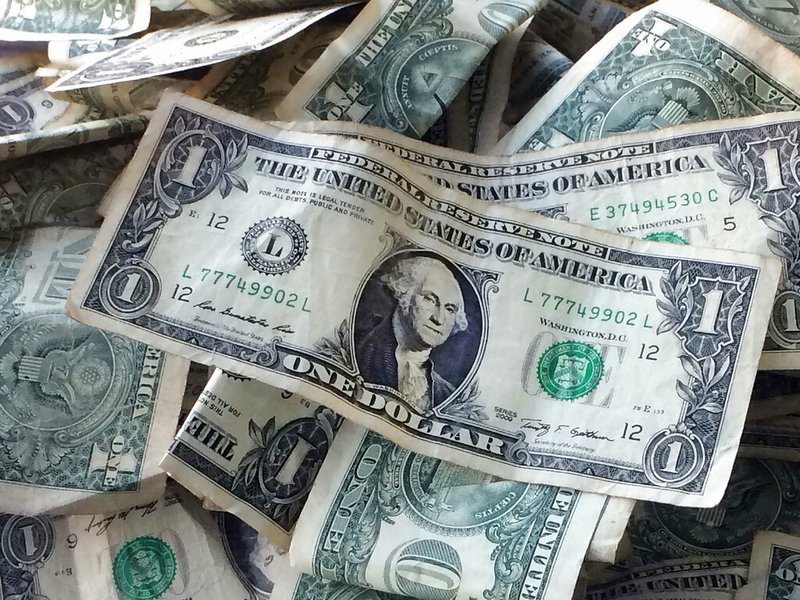 As officials urge Arkansans to stay home, municipalities are trying to manage a side effect of the efforts to stem the covid-19 pandemic: a decline in expected revenue.

Health experts recommend social distancing — avoiding gatherings and maintaining six feet between oneself and others — as a way to slow the rapid spread of the respiratory illness caused by the new coronavirus.

More than 400 cases of the virus have been confirmed in Arkansas since the state confirmed its first case earlier this month, and state and local mandates have been put in place to encourage residents to stay at home.

Gov. Asa Hutchinson on Thursday issued an executive order prohibiting indoor social gatherings of more than 10 people. Eating in at restaurants and bars in the state has been banned for more than a week.

The sales tax municipalities collect from money consumers spend at eateries, hotels and recreational facilities is a key part of many cities’ revenue streams. Officials in Arkansas say they anticipate a decline in revenue because of the business lost due to social-distancing efforts, but it’s difficult to say how much at this point.

Little Rock Finance Director Sara Lenehan said covid-19 will have an impact on the revenue of every municipality.

Lenehan said in an email last week Little Rock officials had not quantified the impact, but that she anticipates reductions in some areas, including charges for city services due to Little Rock’s zoo, parks, golf courses and other recreational facilities being closed, city parking garage revenues, and sales tax revenue and mixed-drink supplemental revenue.

She said increased buying at grocery stores — as people stock up to self-isolate — might mitigate the lost sales tax revenue somewhat from reduced service at restaurants and bars.

Online shopping could see an increase as people stay in more, Lenehan said, but thanks to Act 822 of 2019 out-of-state internet retailers are required to collect and remit taxes on in-state purchases. That means the city will benefit from online buying.

Scott said at a news conference Wednesday that he plans to introduce a budget amendment in anticipation of decreasing revenue.

“Just as [Hutchinson] is taking measures to cut the state’s budget, in the coming days we will be making adjustments to the city’s budget as well as in anticipation of decreasing revenues,” Scott said. “These are uncertain times, and we must take steps to ensure we revise where we can in order to continue providing the essential services to residents.”

Scott said he would bring such an amendment before the Little Rock Board of Directors as soon as possible, adding that all options are on the table to ensure fiscal responsibilities and stewardship.

Gretchen Hall, president and CEO of the Little Rock Convention and Visitors Bureau, said the city’s marketing arm anticipates $4.5 million in lost hotel and restaurant tax revenue in 2020 and a little more than $1 million in lost building rental revenue due to event cancellations.

“Those right now are simply educated guesses based on the pulse of the industry,” she said.

As of Wednesday, the bureau reported that it has had 43 events canceled, resulting in $304,000 in lost revenue and 9,100 lost hotel room nights. Forty-nine events were postponed, and Hall said while she hoped they would be pushed to later in 2020 or happen in 2021, it is possible a handful might not materialize.

“The reality is some of those will fall into that canceled category,” Hall told the city’s Advertising and Promotion Commission at a special meeting Friday.

Due to those cancellations, the bureau has discontinued the use of part-time labor since the vast majority of that work is tied to events, Hall said.

North Little Rock officials expressed optimism about a 2020 budget that was projected to bring in approximately $71 million in revenue, but the key was spending habits of consumers remaining steady and the spread of covid-19 quickly changed that narrative.

Strange said last week that she can’t project what the city’s revenue shortfall will be because the city receive sales tax two months in arrears. It will be the end of May before the city will see the actual impact covid-19 has had on the sales tax, she said.

“Things to take into consideration is that while some businesses are temporarily closing doors, other businesses, such as grocery stores, can’t stock their shelves fast enough to keep up with the consumer demand,” Strange said.

Mayor Joe Smith said Thursday that the city remains in a strong financial position and could function at full capacity for approximately six months despite reduced revenue.

“For now, we will continue with capital projects to help ensure that money continues to flow through our economy,” he said. “The city is working on a recovery plan as well so that we are ready to hit the ground running when this is over.”

Strange said the city is making adjustments when needed and that no layoffs are planned at this time. The city has placed a hold on the hiring of nonessential positions and nonessential purchases, as well as suspending all business travel.

“While we may have a loss of revenue from closing community centers, our senior center or services of the like, we should also be able to reduce some of those ongoing operating expenses,” Strange said.

Bob Major, president and CEO of the North Little Rock Convention and Visitors Bureau, said he expects revenue generated from the city’s hotel and restaurant tax to be significantly reduced.

“We have always tried to keep a reserve fund, so we will have that, but we are also cutting back and tightening our belt,” he said.

City Administrator Carl Geffken said Fort Smith hasn’t done a month-by-month projection on the effect of the virus on sales tax revenue, but it has looked at how much it can reduce expenses.

Geffken has asked every city department to submit a “budget reduction exercise” in the amount of their 10% annual budget by the close of business Tuesday. The city also has frozen future capital expenditures — which are large projects that, in this case, do not pertain to its consent decree — and many new hires.

Work will be done on a projection this coming week, Geffken said.

“What we’re doing right now is working on the transition and the plan … to be able to implement, smoothly, remote working … and to still maintain all city services,” he said. “That’s a thousand employees and all the service that the city provides.

“We’re all working on that in order to make sure that our residents are safe, that our employees are safe, but at the same point in time that we are providing services.”

Steven Miller, finance director for Pine Bluff, said sales taxes account for a little over two-thirds of the city’s annual revenue, which is $18 million. The bulk of the other one-third, Miller said, is made up of franchise taxes, property taxes and occupation taxes, which combined make up about $5 million a year.

“Everything just kind of happened in this month, so the first part of this month probably wasn’t as impacted, but it’s certainly heavily impacted in the last half of March,” he said in reference to sales tax collections. “We may not see the full impact until the end of June, which will be April receipts.”

Miller said the city has $4.1 million in cash reserves to see the city through a reduction of revenue. He said he should be able to better discern the impact the coronavirus will have on city finances by the end of June.

“I’ve never seen anything like this,” Miller said. “It’s kind of like being in a science fiction movie, except it’s real.”

Mayor Shirley Washington said the city has implemented freezes in hiring and discretionary spending in an effort to dampen any coming blow to funding. She hopes that will keep the city from drawing down its reserves too quickly in the event of a longterm economic slowdown or deeper cuts in revenue.

“We are blessed to have a good reserve, but we don’t know how long this is going to last,” Washington said. “Right now we’re okay, but we’re going to do those things that we can.”

Financial off icers for Northwest Arkansas cities said they are prepared to weather an economic downturn.

The two-month lag in the time retailers collect sales tax and when municipalities receive the money means financial officers have no basis yet to make a projection. The variables are numerous, and the pandemic is unprecedented, so there’s no comparison to past events, said Paul Becker, Fayetteville’s chief financial officer.

Some cities have prepared for the worst or readied their emergency funds.

Fayetteville allocated $3 million in case it needs to spend more than budgeted on overtime for public safety personnel or purchase new equipment.

Rogers has a $42 million reserve fund. It takes about $44 million annually to operate city departments aside from streets, said Casey Wilhelm, the city’s finance director. Nine years ago, Mayor Greg Hines decided he wanted to prepare the city if there ever was a turn in the economy and a sales tax shift, she said.

The city likely will see a decline in sales tax revenue, Wilhelm said. But the multimillion-dollar fund will enable the city to keep operating without having to make any major changes.

“We will be looking at where we are this fall going into the 2021 budget process, but for now, we plan to keep operating within the 2020 budget,” Wilhelm said.

Jake Harper, Bentonville’s director of finance and administration, said it’s important for cities to keep an eye on the big picture, not just the month-to-month swings.

Harper said Bentonville is uniquely adept at dealing with large changes because of sales tax rebates. The city’s sales tax revenue fluctuates wildly because businesses such as Walmart get their sales tax rebates in batches, resulting in figures that jump up and down.

Businesses are eligible for a rebate or refund of the additional local sales tax paid to their suppliers on business purchases where the purchase invoice exceeds $2,500, according to the Arkansas Department of Finance and Administration website.

As a result, Bentonville administrators take a long view of the year.

“Riding these swings, we’re a little bit more used to it than other cities,” Harper said.

Information for this article was contributed by and Stacy Ryburn of the Northwest Arkansas Democrat-Gazette.