Oil prices plummet to lowest since '02 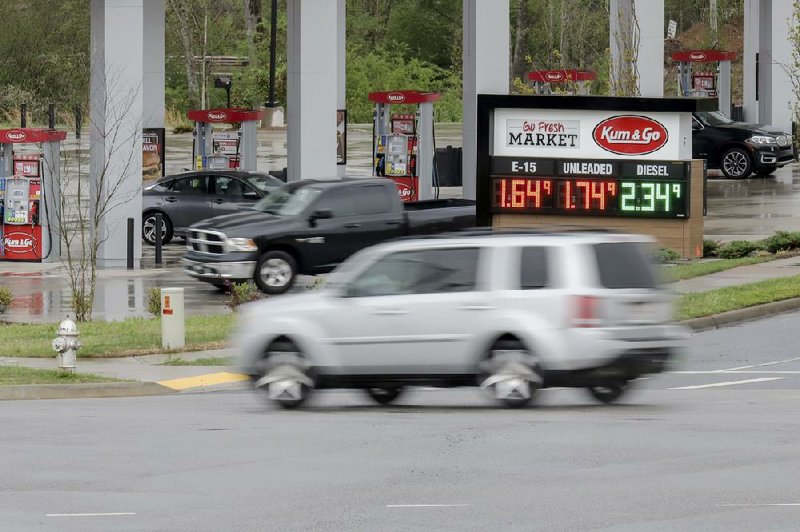 Oil prices tumbled to an 18-year low Monday as coronavirus lockdowns had a cascading effect on the world's largest economies, leaving the market overwhelmed by cratering demand and a ballooning surplus.

Futures in London fell as much as 12.7% to the lowest level since March 2002, while New York crude briefly dipped below $20 a barrel. President Donald Trump's phone call to Russian counterpart Vladimir Putin to discuss plunging prices did little to slow the decline.

A huge oversupply is further collapsing the oil market's structure, and there may be more weakness to come as the world quickly runs out of storage capacity. The slump in demand has shut refineries in places such as South Africa and Canada and has left excess barrels of oil in the market.

Trump said Monday that he does not want to see the energy sector "wiped out" over low oil prices brought on by a dispute between Russia and Saudi Arabia.

The Trump-Putin call came at the request of the U.S. and was "prolonged," according to the Kremlin. Neither the White House nor the Kremlin said specifically how long the two leaders talked.

Trump's view on the oil dispute marks a shift from earlier this month, when he likened the plunge in oil prices to a "tax cut" for Americans. The U.S. president spoke to Saudi Crown Prince Mohammed bin Salman on March 9 about the price war.

Trump has long argued that improving relations between Washington and Moscow could help solve international disputes. The president said he wanted to discuss trade with Putin, though he said he expected the Russian president to raise objections to U.S. sanctions. Russia's state-run Tass news agency quoted Kremlin spokesman Dmitry Peskov as saying that Putin didn't ask Trump for sanctions relief during the call.

Meanwhile, swelling stockpiles are weighing down the oil market. At the key storage hub of Cushing, Okla., inventories are said to have ballooned by more than 4 million barrels last week, according to traders with knowledge of information from Genscape, an energy data firm. The data raises fears about storage capacity limits being reached.

"We're grinding lower here, and we'll continue to get lower as runs get cut globally," said John Kilduff, a partner at Again Capital, a New York hedge fund focused on energy. "As we see specific points like Cushing near its limits, it's just going to put greater and greater pressure on the price till we get to a clearing point."

Crude prices are on track for the worst quarter on record. Goldman Sachs estimates consumption will drop by 26 million barrels a day this week as measures to contain the coronavirus hurt the global economy. Consultant FGE estimated that refinery operating rates have been cut by more than 5 million barrels a day worldwide, and they could bottom out at between 15 million and 20 million lower.

Benchmark U.S. crude fell 6.6% to close Monday at $20.09 a barrel. Earlier, it dipped below $20 for the first time since early 2002. Oil started the year above $60, and prices have fallen on expectations that a weakened global economy will burn less fuel. The world is awash in oil, meanwhile, as producers continue to pull more of it out of the ground. Brent crude, the international standard, fell 8.7% to $22.76 a barrel.

In the market for actual barrels of crude, prices are already far below those of futures benchmarks. Oil from Canada touched a record low of $3.82, which is effectively negative pricing by the time that oil gets to market in the Midwest or Gulf Coast.

The plunge in crude prices has caused distress for some members in the Organization of the Petroleum Exporting Countries. Algeria, which holds the cartel's rotating presidency, urged the secretariat to convene a panel, but the call has failed to gather the majority backing necessary to go ahead. Saudi Arabia is among those opposing the idea.

Riyadh and Moscow are showing no signs of a detente in their supply battle as Saudi Arabia announced plans to increase its oil exports in the coming months, despite U.S. warnings against flooding the market.

Some analysts argue that Russia's motivations extend well beyond oil and are complicated by the federation's anger over the U.S.' sanctions and opposition to the Nord Stream 2 pipeline linking Russia to Germany.

"Russia's concerns with the U.S. go beyond market share. Putin is frustrated with sanctions and may be more interested in punishing the U.S. than Saudi Arabia," said Dan Eberhart, chief executive of drilling services company Canary LLC. "If Trump wants an agreement with Putin, he may have to promise to ease up on sanctions. I am not sure he can deliver without the backing of Congress."

Rosneft PJSC over the weekend sold its assets in Venezuela to the Russian government, a move that shields the Russian oil giant from further U.S. sanctions while keeping Moscow behind the regime of Venezuelan President Nicolas Maduro. Fears of broader sanctions have grown after the U.S. in recent months slapped restrictions on Rosneft trading companies for handling business with Venezuela.

In the call with Putin, the White House said, Trump "reiterated that the situation in Venezuela is dire, and we all have an interest in seeing a democratic transition to end the ongoing crisis." The statement didn't say how Putin responded.

Information for this article was contributed by Catherine Ngai, Alex Longley, Jordan Fabian, David Marino and Jennifer A. Dlouhy of Bloomberg News and by Stan Choe and Alex Veiga of The Associated Press.