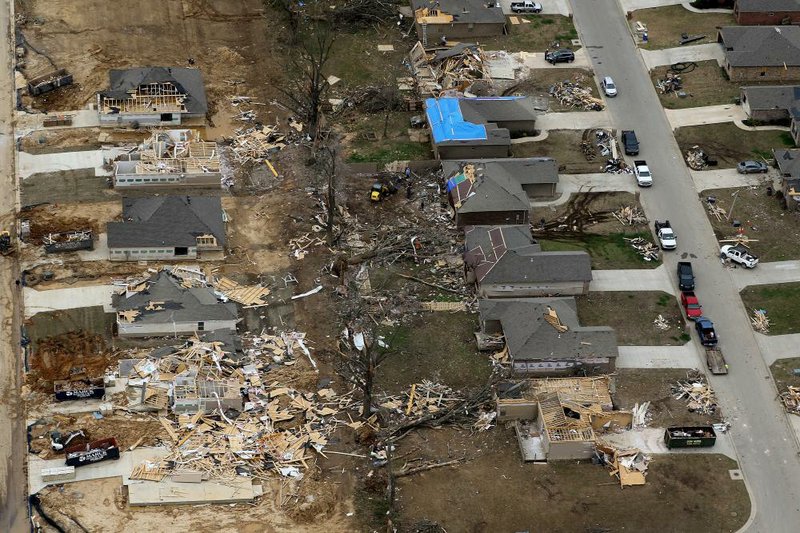 The Arkansas Insurance Department has issued a 60-day moratorium to prevent insurers from canceling insurance policies of Craighead County residents affected by Saturday's tornado for non-payment, the agency said Tuesday.

To be eligible, policyholders from Craighead County must request the extension from their insurance company. The policyholder must have suffered significant property damage, injuries or related loss of life because of the severe storms on March 28. The moratorium is not a waiver, the state agency said. It is only a grace period in which to pay premiums. The Arkansas Insurance Department directed insurers to work with policyholders to work out a payment plan or to extend the due date for the full amount due.

On Saturday, an EF3-rated tornado tore up parts of Jonesboro. The Mall at Turtle Creek and retailers across the street along East Highland Drive also were directly hit by the tornado. An EF5 tornado, which has winds exceeding 200 mph, is the strongest.

At least 22 people were injured from the tornado and at least 458 homes were damaged, including 149 that were mostly or completely destroyed, according to Marvin Day, the chief executive of Craighead County. On Sunday, Arkansas Gov. Asa Hutchinson issued a Disaster Recovery proclamation, declaring the county a disaster area. The declaration opens the door for the state to request federal government funds.