Similarities brought couple together back in 1992 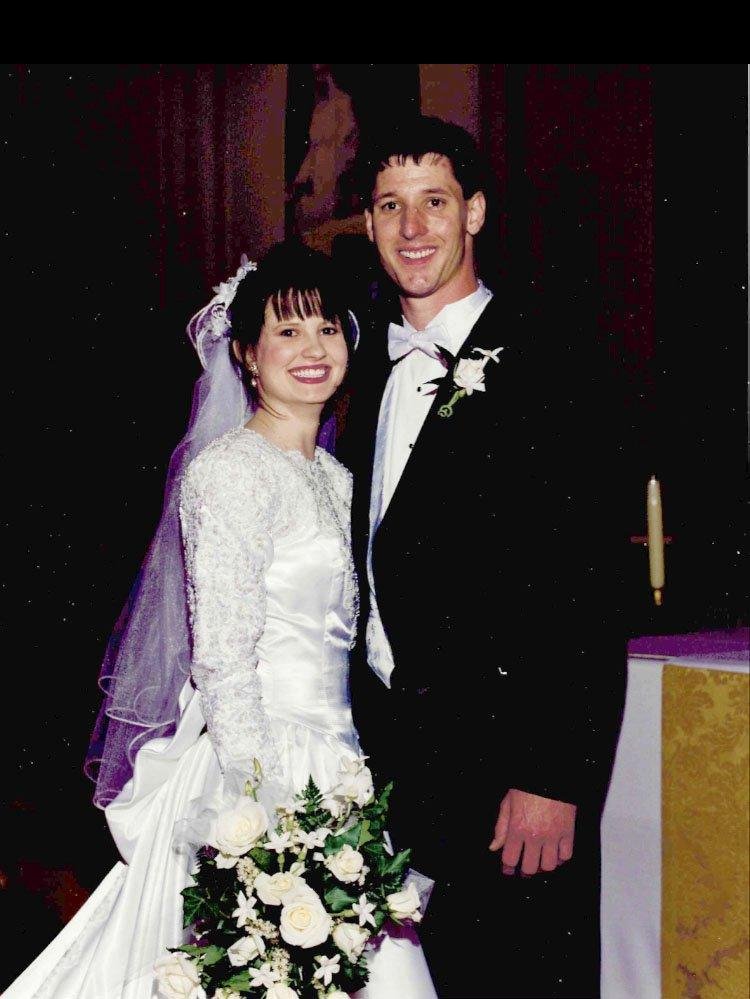 Craig Hill and Shana Isbell were married on April 22, 1995. On their honeymoon, they met a couple celebrating their 25th anni- versary and they agreed to meet back in the same spot this year, for their 25th anniversary and the other couple’s 50th. That wasn’t possible. Instead, she says, “We looked at the scrapbooks with the kids and had a blast.”

Shana Isbell was in town to interview for a job when she met a guy whose career she questioned.

Shana graduated from the University of Central Arkansas in Conway and was finishing up an occupational therapy internship in Dallas in November 1992. She was in Little Rock for a job interview and while she was in town she went to BJ's Star Studded Honky Tonk with friends.

She says: “I thought he was a good dancer.”

He says: “I thought she was pretty cute.”

She says: “I was very happy. It rained, and someone told me that was good luck. My mom didn’t cry and she said it was because she looked at me and I looked so happy.”

He says: “We made the mistake of walking into the reception, seeing someone there and stopping — everybody started to line up. We weren’t doing a reception line but that’s what happened.”

She says: “I don’t think it’s really easy at all. You have to be committed for the long haul.”

Craig Hill was there, and he asked her to dance.

Craig, she learned, had gone to UCA as well, graduating two years ahead of her. He asked about her chosen profession and she asked about his.

"He said, 'Oh, I know what that is,'" she says. "At that time, it was a little more of an obscure profession than it is now, I think. So I thought, 'Huh. Well, that's interesting.' And then he said, 'Well, I'm a physical therapist.' I thought, 'Man, this guy is really laying it on thick.'"

As it turned out, the woman who had interviewed her for the occupational therapy job the day before was Craig's sister.

Craig told her that night that he would be in Dallas two weeks later and asked if he could see her.

He didn't have a trip planned at that point, he explains, but he remembered the airline's schedule from past travel and told her what time he would arrive.

"I went to pick him up at Love Field and he had a dozen roses waiting for me," she says.

They spent the weekend doing touristy things, and Craig introduced her to one of his closest friends, who lived in Dallas.

Shana graduated that December and invited Craig to attend the ceremony. Soon after, she moved to Little Rock and started a new job -- not the one his sister had interviewed for, though her roommate ended up taking that one.

Their first official date in Arkansas was to Murry's Dinner Playhouse with some of Craig's friends.

He proposed on April 15, 1994, dropping to one knee in front of green leather couch in his apartment following dinner at an Italian restaurant.

Shana said yes, of course, though not before she made sure he had asked her parents first.

"Later I said, 'You know, people propose in these places when they go back to these places to reminisce, but you proposed to me in apartment,'" Shana says. "He said, 'But I'm going to keep this couch forever.'"

The couch is still with them -- in their cabin in northern Arkansas.

The morning after he proposed, Craig told Shana he wanted to go to Pangburn to look at a ski boat he was thinking of buying.

"She's pretty conservative and she didn't want anything to do with a buying a boat or spending money on something like that," Craig says. "She held her tongue because we had just gotten engaged and we drove up there."

Craig had no intention of buying a boat, and the woman whose home they drove to that day was in on a surprise. She told them she would get the key so they could try out the boat, but instead returned with an 8-week-old Boxer puppy in her arms, Craig's gift for Shana.

Shana had told him she wanted a year-long engagement, and he reasoned that if he proposed on April 15, 1994 -- a Friday -- the following April 15 would fall on Saturday, giving her the engagement period she wanted and giving him an easily recalled anniversary date -- Tax Day. April 15, 1995, however, was the day before Easter, a holy day full of festivities at their church, so they moved their wedding date back a week. 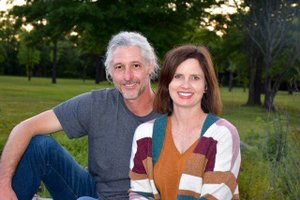 Craig and Shana Hill met when she went out with friends after a job interview and he asked her to dance. They discovered it was his sister who interviewed her for the job, and that he was in a related field. “She didn’t believe me,” Craig says. (Special to the Democrat-Gazette)

They spent their wedding night at the Capital Hotel and took a short honeymoon to a bed and breakfast in Eureka Springs and a cabin in southern Missouri.

While having dinner in Eureka Springs, they met a couple celebrating their 25th anniversary.

"We said, 'We will meet you back here in 25 years,' and it would be their 50th anniversary and our 25th," she says. The restaurant closed years ago, though, and social distancing makes traveling out of the question anyway, so they spent their anniversary looking through wedding memorabilia.

They took a delayed, longer honeymoon to Europe with Craig's mother and brother the following summer.

Craig and Shana have two children -- Kathleen and Landon. They live in Vilonia, and they work together, in their related careers, at Cabot Physical Therapy. Shana also works at Building Bridges Developmental and Community Services.

Sometime after they started dating, Craig and Shana discovered they had lived in the same apartment complex in Conway while going to UCA, though they don't recall seeing each other before they met on the dance floor at BJ's.

"I think God just had the timing. I guess we were supposed to meet at that time and not before," Shana says. "It's just a small world, in how it all came together, in God's timing, how we would meet and dance and wind up getting married."

Print Headline: Similarities brought couple together back in 1992