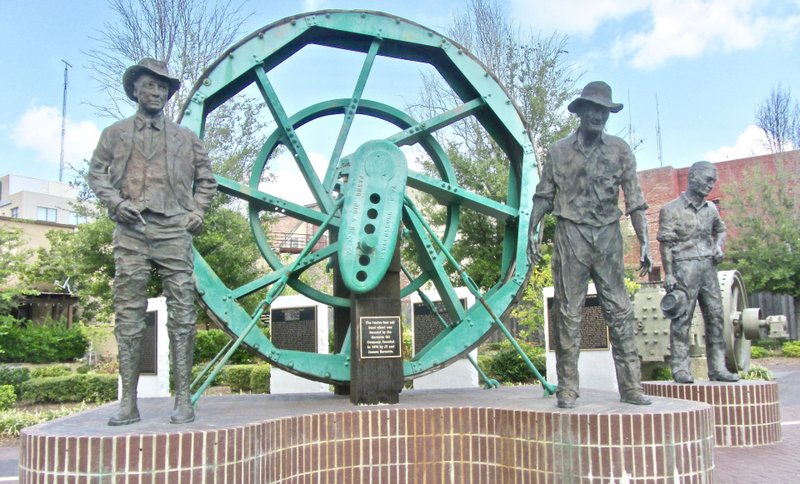 The sculpture at Oil Heritage Park in downtown El Dorado is shown at that city's virtual tour. (Special to the Democrat-Gazette/Marcia Schnedler)

The website for the Arkansas Department of Parks, Heritage and Tourism has become a clearinghouse during the covid-19 shutdown for virtual visits to an assortment of attractions in the Natural State.

Notably wide-ranging are images from some of the 52 state parks, including videos narrated by interpreters or other staff members. Among the dozen postings added since coronavirus forced the public closings is a six-minute narration from Powhatan Historic State Park aimed at youngsters.

A park interpreter demonstrates two games played by children in the Civil War era. One deploys a ball-and-cup toy that has to be whirled until the string-attached ball drops into the cup. The other, called a Jacob's Ladder, is an illusion involving a set of wood blocks lashed together with string or ribbon.

Downtown El Dorado's 15 still images showcase the oil boom of the 1920s and new attractions in the Union County seat. The landmark statue of workers and gear in Oil Heritage Park is shown from several angles. So is MAD (Murphy Arts District) Playscape, decked out with tunnels, ladders, a zip line, a giant Razorback slide and a splash pad.

Little Rock Zoo has unleashed a couple of puns among the titles of its more than two dozen posted videos, which run as short as 17 seconds and as long as 27 minutes. Viewers can watch "Otter-ly Amazing" or "Unbearably Adorable," plus pun-free visits with elephants and other species. 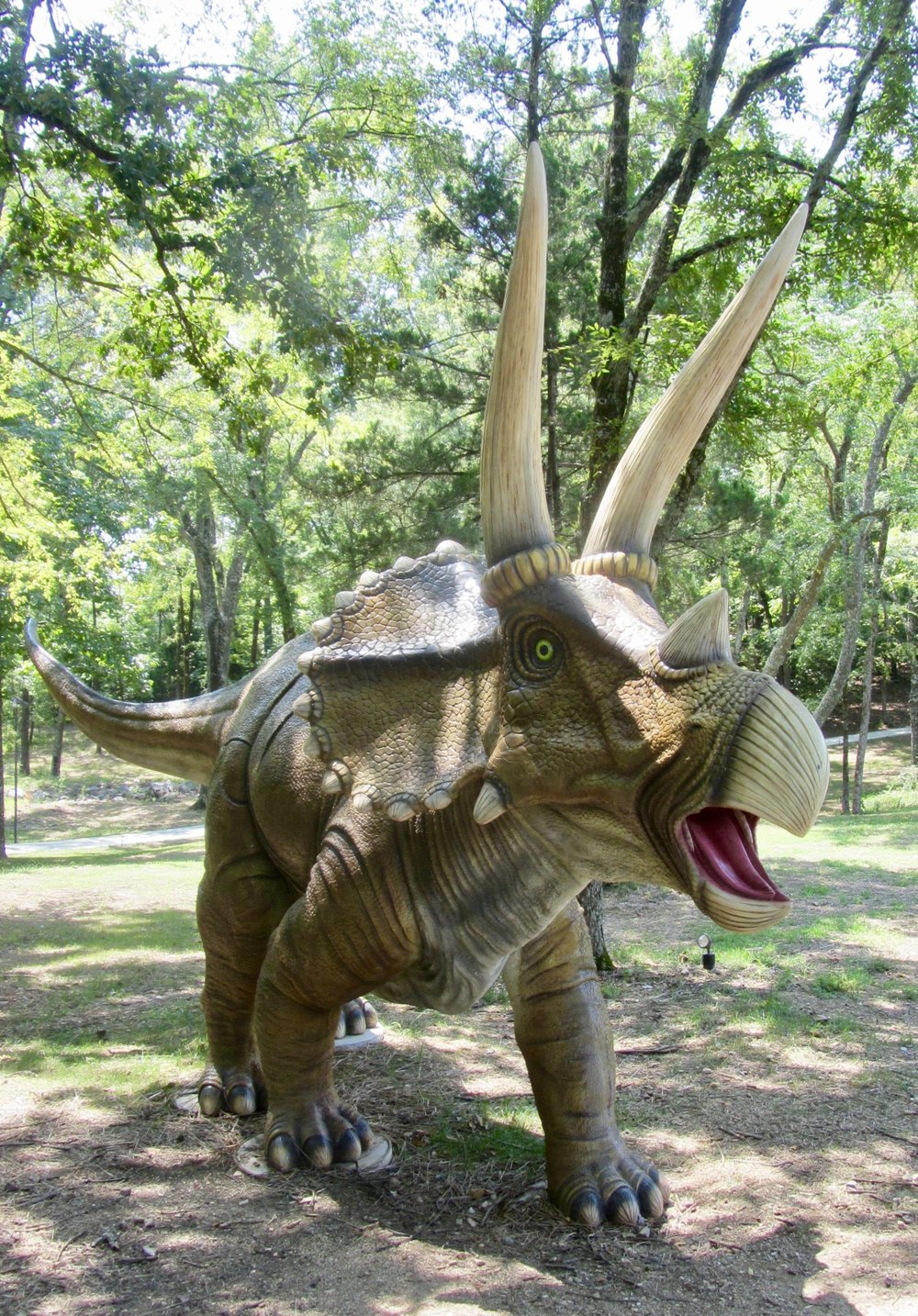 A model of a triceratops is one of the Dinotrek creatures at Mid-America Science Museum, which offers an online visit. (Special to the Democrat-Gazette/Marcia Schnedler)

Fusty folks might give a PG or even an R rating to one of the five online photo tours from Esse Purse Museum, in Little Rock's SOMA neighborhood. Titled "Exposed: Unmentionables," it displays dozens of undergarments decade by decade from the 1900s to 1970s. A change of pace at the end is a bit of beefcake labeled "Boxers or Briefs."

Most endearing among the seven panoramic shots of Clinton Presidential Center is a photo gallery that includes Socks, the adopted stray that shared the White House with the 42nd president and family. Other images visit the Oval Office and the Cabinet Room.

Mosaic Templars Cultural Center's online video describes the checkered history of the historic building on Little Rock's Ninth Street. The footage includes the 2005 fire that gutted the structure and its rebirth as a beacon of black pride. Photos give a tour of exhibits spanning the slave era to the present.

Pictures of slot machines, giant dice and a roulette wheel at Gangster Museum of America on Central Avenue evoke Hot Springs' era as a mecca of illicit gambling during the first half of the 20th century. Lots of other memorabilia from those wide-open decades can be seen in the room-by-room online tour.

The glass and wood-beam Thorncrown Chapel, designed by E. Fay Jones on the northwest fringe of Eureka Springs, was ranked as one of the 20th century's top 10 designs by the American Institute of Architecture. Its illustrious stature is confirmed by the seven images on the state website.