REVIEW: 'How to Build a Girl' 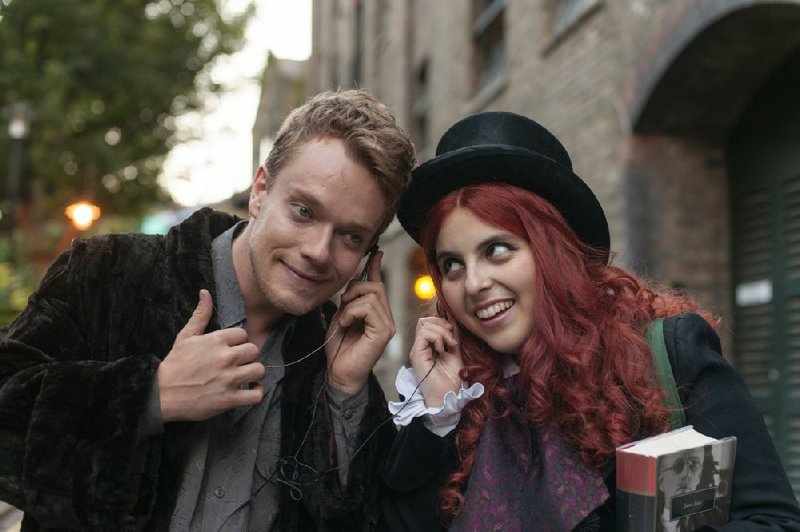 Let's just put this out there: How to Build a Girl is better than last year's Booksmart.

That's likely to be a minority opinion, and if people think about this film in future years, it's likely to be a quirky footnote to what's sure to be Beanie Feldstein's long and highlight-filled career. (You remember, that little movie she did where she did the working-class British accent.)

How to Build a Girl

Rating: R, for sexual content, language throughout and some teen drinking

This film is now available to stream on-demand.

But whereas Booksmart struck me as cute enough, a gender-swapped semi-remake of the 2007 coming-of-age comedy Superbad (which co-stars Feldstein's brother Jonah Hill) enlivened by a terrific, out-of-left-field turn by Billie Lourde, How to Build a Girl is a remarkably generous film that's not like anything I've ever seen before.

You could compare it to Cameron Crowe's Almost Famous (somebody probably will) because it's ostensibly about the making of a young writer. But while both movies valorize (and maybe fetishize) earnestness, there is a preening commercial ambition to Crowe's film. Almost Famous is a Steve Perry-fronted Journey power ballad compared to HTBAG's lo-fi acoustic shoegaze vibe.

Based on British writer Caitlin Moran's semi-autobiographical novel of the same name, and set -- as best as I could tell -- in the early-'90s, HTBAG also seems to borrow from the story of Julie Burchill who, nearly 20 years earlier, became a critic for New Music Express (NME) at the age of 17 after answering a classified ad calling for "hip young gunslingers" to write about the nascent punk movement.

In the film -- written by Moran -- teenager Johanna Morrigan (Feldstein) responds to a similar ad placed by fictional magazine Disc & Music Echo (DBME) with an ecstatic review of the soundtrack from Annie. (Burchill, who hated -- and probably still hates -- punk rock, won her job with an evisceration of Patti Smith's Horses.)

The sexist lads from D&ME invite her up to laugh at her, but Johanna demands a second chance, has a little success, renames herself Dolly Wilde, then wrangles an interview with pop star John Kite (Alfie Allen, the brother of pop singer Lily Allen and subject of her song "Alfie," which complains about what a pot-smoking loser he is) which involves her flying to Dublin (a first) and spending a couple of days around him.

It turns out that he's a gentleman, though not without his darknesses, and our girl is completely smitten. The profile she turns in is embarrassingly flattering, completely unusable and potentially career-derailing.

But Dolly -- the Mr. Hyde to Johanna's Jekyll -- decides to fully embrace the dark side of an acerbic trasher of would-be gate-crashing bands. Her disses draw an audience, her club monster persona succeeds.

And she goes home every night to her impoverished family in Wolverhampton in England's West Midlands that's just a little larger than Little Rock and probably occupies an analogous place in the culture.

Her father Pat (a marvelously understated Paddy Considine) is a an old session drummer who's drawing a disability while surreptitiously breeding border collies on the side. Mother Angie (Sarah Solemani) is depressed and worn out from the demands of caring for five kids, including infant twins. Johanna shares a somewhat divided room with gay brother Krissi (Laurie Kynaston), who is out to her and only a few others.

In some ways, this family mirrors Moran's upbringing -- her experiences growing up as a nearly feral child raised by hippies were recounted in the BBC television series Raised By Wolves -- but Johanna and Krissi actually go to school, whereas Moran and her siblings spent only a few weeks in formal classes. This allows Johanna the opportunity to be body positive, exuding a confidence rarely seen among high school characters who understand they aren't part of the coolest clique.

Anyway, the family is poor, snarky, but in the end, a sweet bunch -- it reminds me of the Belchers of Bob's Burgers.

Stylistically, let's acknowledge that one of the more charming -- no less so because it is borrowed from Julien Temple's 1986 film Absolute Beginning -- conceits of the film has Johanna conversing with pinned-up pictures of literary and cultural heroes on her bedroom wall. (Michael Sheen provides the voice of Sigmund Freud, Lucy Punch is Sylvia Plath, Gemma Atherton is Maria Von Trapp, and, in the credits, both Sharon Horgan and Catherine Tate are credited as Jo March.) When she flips over into full cynical Dolly-mode they refuse to talk to her.

Joanna Scalan, of the terrific British crime dramedy No Offence (streaming on Acorn), turns up in a small role as Johanna's favorite teacher.

Director Coky Giedroyc keeps the whole thing moving, though the film seems less interested in the obligatory "romance" between John Kite and Johanna than the grace notes and sparkling one-liners Moran puts in her characters' mouths. While we can't know exactly how these things come together and how collaborators might push and pull each other, HTBAG feels like a writer's movie, like a movie about writing.

It also feels like a movie about escaping one's circumstances and overcoming one's expectations of a circumscribed life. If HTBAG is sometimes messy, and some people are bound to criticize Feldstein's Wolverhampton accent (though Guardian critic Peter Bradshaw wrote it was "pretty decent") it gives you a worthy underdog for whom to root, one who is building herself in her own jolly way.