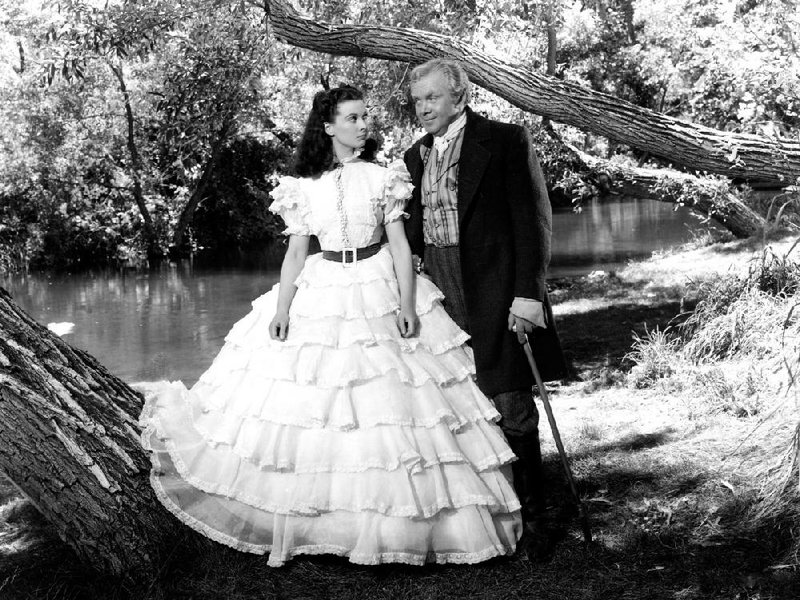 The year 1939 was a special year in Hollywood. Most critics and film historians agree that the films released that year were some of the finest ever made. And one actor -- Thomas Mitchell -- was fortunate enough to appear in five(!) of them.

The films were Stagecoach, Mr. Smith Goes to Washington, Only Angels Have Wings, The Hunchback of Notre Dame and Gone With the Wind. Any actor working in Hollywood at the time would have been happy to appear in just one of those films.

Few actors could have reached this pinnacle. Mitchell, born in 1892, was a character actor who had some 112 credits on his resume. He started his film career in a silent film, Six Cylinder Love, in 1923. But he didn't make another film until 1936's Craig's Wife. His last film was Pocketful of Miracles in 1961. He died in 1962 after performing on Broadway.

In between came many roles that Mitchell made his own. He worked for some of the best directors in the business including Frank Capra, Howard Hawks, Fritz Lang, Henry King, Victor Fleming, George Cukor, Fred Zinnemann, Julien Duvivier, John Ford and one of the few female directors at the time, Dorothy Arzner.

Mitchell trod the boards of Broadway many times in his career, starting in 1916 with Under Sentence and ending in 1962 with Prescription: Murder, playing the part that became Peter Falk's most famous TV role: Lt. Columbo.

From IMDb: Mitchell is one of nine actors to have won the Triple Crown of Acting (an Oscar, Emmy and Tony); the others in chronological order are Melvyn Douglas, Paul Scofield, Jack Albertson, Jason Robards, Jeremy Irons, Al Pacino, Geoffrey Rush and Christopher Plummer.

Mitchell even branched out into television in the '50s with three series of his own (Mayor of the Town, The O. Henry Playhouse and Glencannon) plus numerous guest roles in many other shows.

Only Angels Have Wings (Columbia), directed by Howard Hawks, starred Cary Grant as the owner of a small mail-carrying airline in an unnamed South American country. Mitchell plays Kid Dabb, one of his fliers. Also in the mix were Jean Arthur, Richard Barthelmess, Allyn Joslyn, Noah Beery Jr., Victor Kilian, Sig Ruman and John Carroll. But the most impressive role went to an up-and-coming Rita Hayworth, hitherto reduced to B movie roles at Columbia and Fox. This film would propel Hayworth into much better films from then on. She would work with Mitchell again in Angels Over Broadway (1940) and Tales of Manhattan (1942).

The Hunchback of Notre Dame (RKO), directed by William Dieterle, is perhaps the best version ever filmed. And the performance of Charles Laughton as Quasimodo is the raison d'être. Also cast were Maureen O'Hara, Cedric Hardwicke, Edmond O'Brien, Alan Marshal, Walter Hampden and George Zucco. Mitchell is cast as Clopin, "King of the Beggars."

Mr. Smith Goes to Washington (Columbia), directed by Frank Capra, is the granddaddy of all political dramas. Youthful and inexperienced Jefferson Smith (James Stewart) is appointed senator and "goes to Washington" where he learns all is not what it seems in politics, much to his disgust. Powerful men do their best to discredit him. And his childhood hero, Sen. Joseph Paine (Claude Rains), turns out to be as corrupt as the rest of them. Mitchell is newspaperman Diz Moore who befriends Smith.

Gone With the Wind (Selznick/MGM), directed by Victor Fleming, is considered the most important film of 1939. And for a lot of reasons. Mitchell plays Scarlett O'Hara's father, Gerald O'Hara. In a film so full of interesting characters, Mitchell holds his own with such stars as Clark Gable, Vivien Leigh, Leslie Howard, Hattie McDaniel, Evelyn Keyes, Olivia de Havilland, Butterfly McQueen, Jane Darwell and Ona Munson.

All five films are true classics. And they are all the better for having Thomas Mitchell acting in them.