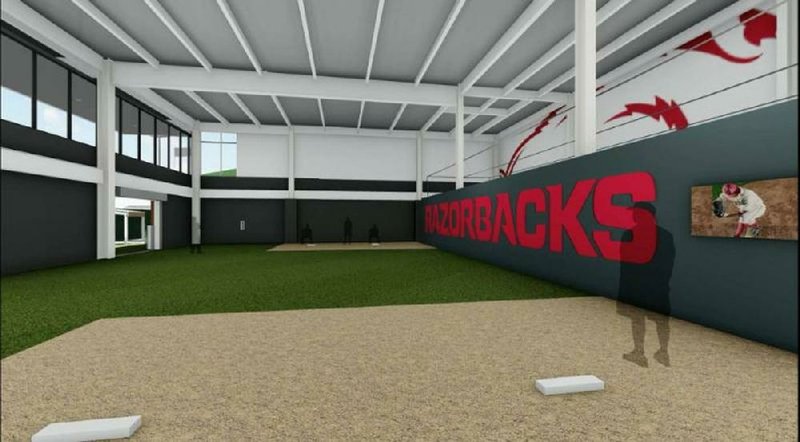 An artist rendering shows the inside of the Razorbacks’ new $27 million Hunt Family Baseball Performance Center, scheduled to open next year. Arkansas was ranked No. 1 among programs with the best facilities for player development in a Baseball America survey of 90 college head coaches. (Rendering courtesy of University of Arkansas)

FAYETTEVILLE -- When Baseball America released the results of an anonymous survey earlier this week, Arkansas pitching coach Matt Hobbs had influence on two of the top vote-getters.

Baseball America asked 90 college head coaches to rank the programs with the best facilities for player development. Arkansas was ranked No. 1 with 18 first-place votes, followed in order by Vanderbilt (14), Mississippi State (9) and Wake Forest (7).

Prior to coming to Arkansas in November 2018, Hobbs was the pitching coach at Wake Forest and had just helped oversee the implementation of a top-notch pitching lab within the Demon Deacons' Hurd Player Development Center, complete with the latest technologies available to pitchers.

In the past 18 months, Hobbs has built on similar work by his Arkansas predecessor Wes Johnson, who like Hobbs has been considered to be at the forefront of using technology and the study of biomechanics to teach pitching. Since he was hired, Hobbs -- along with fellow Arkansas assistant Nate Thompson -- has been involved in the planning for the Razorbacks' new $27 million Hunt Family Baseball Performance Center that will open next year.

"Matt's about as good as it gets," Arkansas Coach Dave Van Horn said. "You get someone with a good personality that the players like, very smart, very knowledgeable and looking out for the recruits and the players and their development. He's the full package.

"What he got going at Wake Forest with their pitcher development area, it was really good timing as far as jumping in with our project. We talked about it and what we needed to do, so that was really nice."

The Baseball America survey took more into account than just pitching areas. One coach who was quoted anonymously called Arkansas' $9.1 million Fowler Family Baseball & Track Training Center "sick," noting the benefits of such a facility in an area with cold weather during the baseball preseason. Among the Fowler Center's many features is a regulation infield that allows hitters and fielders space to simulate an outdoor practice.

"The thing that drew me to Arkansas was the program and Coach Van Horn," Hobbs said. "This [new facility] was icing on the cake. Whenever you hear that you're going to be involved in something like this, it's really an amazing opportunity and makes whatever was here even better.

"This building is about players. There are going to be a lot of great things for the fans in there, too -- the experience watching the game will be great down the right-field line -- but the guts of the building is for player development."

Hobbs spent four seasons at Wake Forest and his work with the program's pitching area was observed when the Razorbacks were designing the Hunt Center. Van Horn and a small group of UA administrators toured the facility in Winston-Salem, N.C., prior to the 2019 season, just after Hobbs was hired at Arkansas.

"It was efficient," Van Horn said of the Wake Forest facility, "and it was state of the art."

The Wake Forest facility included 24 cameras -- 20 in an indoor facility and four in the outdoor bullpen -- an indoor and outdoor TrackMan machine, and a Rapsodo machine. TrackMan monitors the launch angle of a ball, and Rapsodo detects spin rate. When paired together they provide a data set for any given point during a pitch, a valuable tool for coaches during teaching sessions.

TrackMan and Rapsodo are common tools used now by many college programs, but weren't that long ago. In addition to those pieces of equipment, Hobbs' Wake Forest pitchers wore markers similar to the ones used by video-game producers, which would give a three-dimensional view of their delivery recorded by a computer.

Hobbs was hired by the Demon Deacons after the 2014 season, just as Wake Forest was in the approval phase for the new baseball center.

"The thing that drew me to Wake was the building and the potential to kind of stretch out as a coach," Hobbs said.

Johnson left Arkansas in November 2018 to become the Minnesota Twins' pitching coach, and left Hobbs solid groundwork to build upon once he was hired by the Razorbacks. Johnson had converted an old indoor batting cage on the third-base side of Baum-Walker Stadium into an area that came to be known around the program as the "Pitching Development Center", more commonly referred to as the PDC.

Hobbs said there are several examples of technology benefiting his pitchers in a short time at Arkansas. The best, he said, was Isaiah Campbell, the Razorbacks' 2019 all-conference ace who was 12-1 with a 2.13 ERA.

"We used high-speed cameras with Isaiah Campbell's splitter last year," said Hobbs, referencing the pitch that was arguably Campbell's best when he struck out 125 and walked 22 in 118 1/3 innings. "I think that was one of the things where he was able to see different finger positions where he had the split gripped and the spin profile of the pitch and how it performed. I think using high-speed cameras with him, and then being able to marry that with some of the TrackMan and Rapsodo data was really beneficial for him in terms of how we wanted the ball to move."

The Hunt Center will give the Razorbacks a chance to install more top-of-the-line gadgets. Hobbs said the plan is to include an updated version of the smart mound, up to 14 infrared or high-speed cameras and the ability to record motion data without markers, which should create a more accurate data set.

It will all add up to a repertoire of pitching tools not matched by many -- if any -- in the college game.

"We will have a little bit of everything in the facility," Hobbs said. "I think a lot of places probably has some of those things, but I don't think everybody has all of those things." 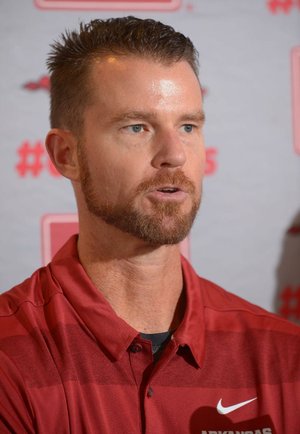 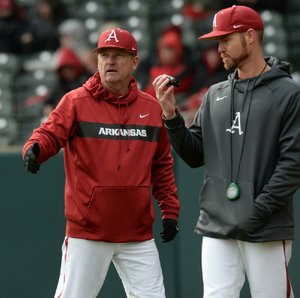