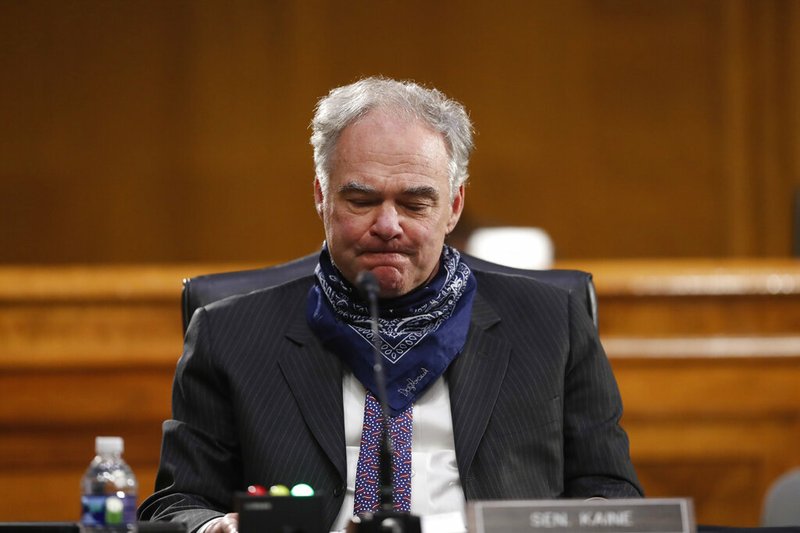 WASHINGTON -- A husband coughing up blood. A sister close to death. Another friend felled by the coronavirus.

Members of Congress have long faced criticism from those who say they are out of touch with average Americans. But covid-19 has marched across boundaries of wealth, education and power. At least one senator and seven House members have reported testing positive for the disease caused by the coronavirus.

Like so much of the world, lawmakers are experiencing a dose of fear, sorrow, anger and isolation. The result is a wide and deep imprint on the same Congress tasked with helping a traumatized nation.

"Everyone by now knows someone that had it," said Sen. Amy Klobuchar, D-Minn., whose husband, John Bessler, recovered from a coronavirus infection that sent him to the hospital. "Even if the person didn't get really sick, they all know how scary it is. They know how scared they were."

There are signs that the misery sparked acts of kindness between Republicans and Democrats. "We're texting friends," Rep. Mario Diaz-Balart, R-Fla., said of "light texts" that he and Rep. Ben McAdams, D-Utah, exchanged after both suffered and recovered from the virus. "Several of us check up on each other now. So it's been nice."

However unifying on a human level, the crisis is posing fraught policy questions. Searing disputes loom over how to spend trillions of dollars and whether to protect businesses from lawsuits as the nation reopens. Oversight investigations are just spinning up, focusing on the administration's virus response.

Still off in the murky future but influencing everything are the November elections, with control of the House, Senate and White House at stake.

In key ways, America's representatives in Washington aren't much like the rest of America. Lawmakers make at least $174,000 a year and get health insurance courtesy of taxpayers. They're far wealthier than most people and tend to have loftier educations.

But on the coronavirus, their experiences mirror those of the rest of the country.

Sen. Elizabeth Warren, D-Mass., lost a brother to the virus. House Financial Services Committee Chairwoman Maxine Waters, D-Calif., dedicated the most recent relief bill, which she had quietly helped write, to a sister she said was dying of the coronavirus in Missouri. Rep. Madeleine Dean, D-Pa., lost her mother-in-law to the disease. Rep. Brenda Lawrence, D-Mich., reported that she'd just heard "another dear friend" had passed away.

"I stand here today with my heart broken," she said last month on the House floor.

On Thursday, with his mask pulled down while he spoke, Sen. Tim Kaine, D-Va., mused about the virus's reach and speed.

"I'm a well-off U.S. senator," Kaine said at a health committee hearing, the first since March 3. "I know four people who have died of coronavirus since we were last together."

Democratic Rep. Alexandria Ocasio-Cortez represents Queens, the hottest of coronavirus hot spots in part because of the population density of the New York City borough. She's spent many of her days, face mask on, helping deliver food while staying in touch with constituents on social media.

"I'm feeling it," she said during a Zoom call recently. She said she's lost organizers, and one of the people in her office lost a parent to the virus. "I'm worried about my family in Puerto Rico. I'm worried about my mom. ... I'm trying to figure out, you know, do I bring her to New York, which has a worse situation?"

Klobuchar said she's noticed a few changes in her approach since her family's harrowing bout with the virus. For one, she understands the isolation. Bessler came down with the virus while he was in Washington and she was home in Minnesota. He endured its rigors, which included coughing up blood and driving to the hospital alone, to avoid infecting her and their family.

"I started calling more and more, and he doesn't answer sometimes," she recalled. "It was just getting scarier and scarier."

She said she's "obsessed" with improving testing because it took six days to get her husband's results back. She also wants to require every state to allow voting by mail after watching people in Wisconsin risk their health to vote last month.

"People were so mad," she said. "That personal experience that I had is replicated all over the country. That's part of why you see the visceral reaction."