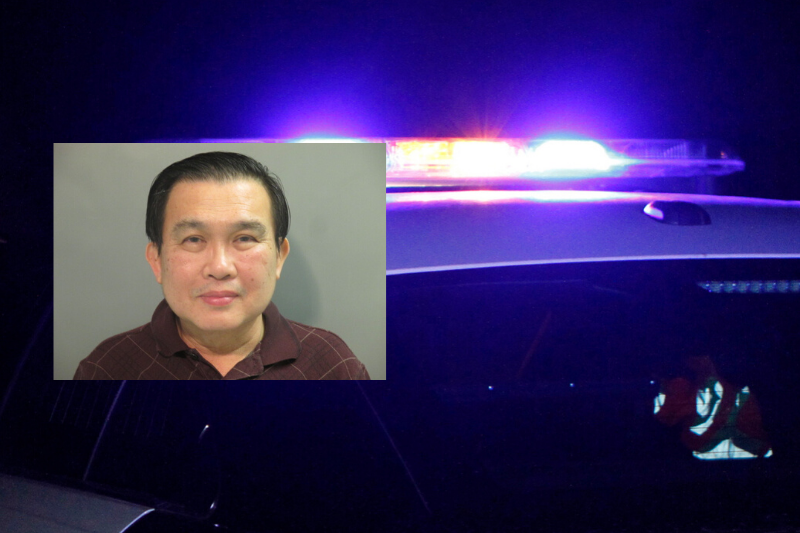 FAYETTEVILLE - A longtime engineering professor at the University of Arkansas, Fayetteville is named in a criminal complaint alleging felony wire fraud related to his pursuit of federal research grants despite close ties to China, according to court documents unsealed Monday.

Simon Ang "intentionally made materially false misrepresentations to the University of Arkansas and NASA," states an affidavit from FBI Special Agent Jonathan Willett filed in U.S. District Court in Fayetteville.

The affidavit states that "Ang's close ties to the Chinese government and employment with numerous Chinese companies would have made him ineligible to receive grants issued by United States Government agencies," and that Ang "caused wire transfers to be sent from NASA to the University of Arkansas that were based on his own fraudulent misrepresentations."

Ang, a 63-year-old Fayetteville resident, was booked Friday into the Washington County jail. Ang joined UA as an electrical engineering faculty member in 1988, according to his biography posted on the UA website. He is identified in the criminal complaint as Simon Saw-Teong Ang.

"Dr. Ang has been suspended without pay from his responsibilities with the University. The University is actively cooperating with the federal investigation in this matter," UA spokesman Mark Rushing said Monday.

Rushing said Ang has also been suspended from his role as director of the UA's High Density Electronics Center.

The Associated Press in October reported on wide-ranging efforts by the FBI to examine ties between China and researchers at U.S. colleges and universities.

Last year, a University of Kansas researcher was charged with receiving federal grant money while working full time for a Chinese university, the AP reported. The researcher, Feng "Franklin" Tao has, in court documents, denied the charges against him and said he's the victim of extortion.

The attorney for Ang listed in case documents did not return an email and phone message left Monday evening seeking comment.

The affidavit, in attempting to lay out evidence against Ang, cites his emails and multiple news articles from Chinese publications to allege that the professor failed to properly disclose to UA his ties to various companies.

The investigation into Ang, as described in the affidavit, also involved a computer hard drive turned into the lost-and-found bin at UA's Mullins Library. A UA staff member, in an effort to identify the hard driver's owner, opened a file that contained an email exchange between Ang and another researcher, identified in the affidavit only as "RESEARCHER1."

The email exchange included a disclosure by Ang that he is a Thousand Talents scholar, a reference to a Chinese government program, the court document states, as well as a disclosure of an email address not affiliated with the university.

Authorities were provided details of the hard drive contents in June 2019, according to the affidavit.

The court document states that Chinese talent recruitment programs, including the "1000 Talents" program, "constitute a contractual funding source from a foreign government."

"Multiple Chinese articles detailed Ang's participation in outside companies," the affidavit states, going on to describe Ang as not properly disclosing information as required on UA conflict of interest forms.

The affidavit refers specifically to a NASA grant that resulted in about $500,000 being disbursed to UA, but also notes that Ang "has received several grants/contracts from federal funding agencies."

A conviction on the charge is punishable by up to 20 years in prison, according to the U.S. attorney's office.