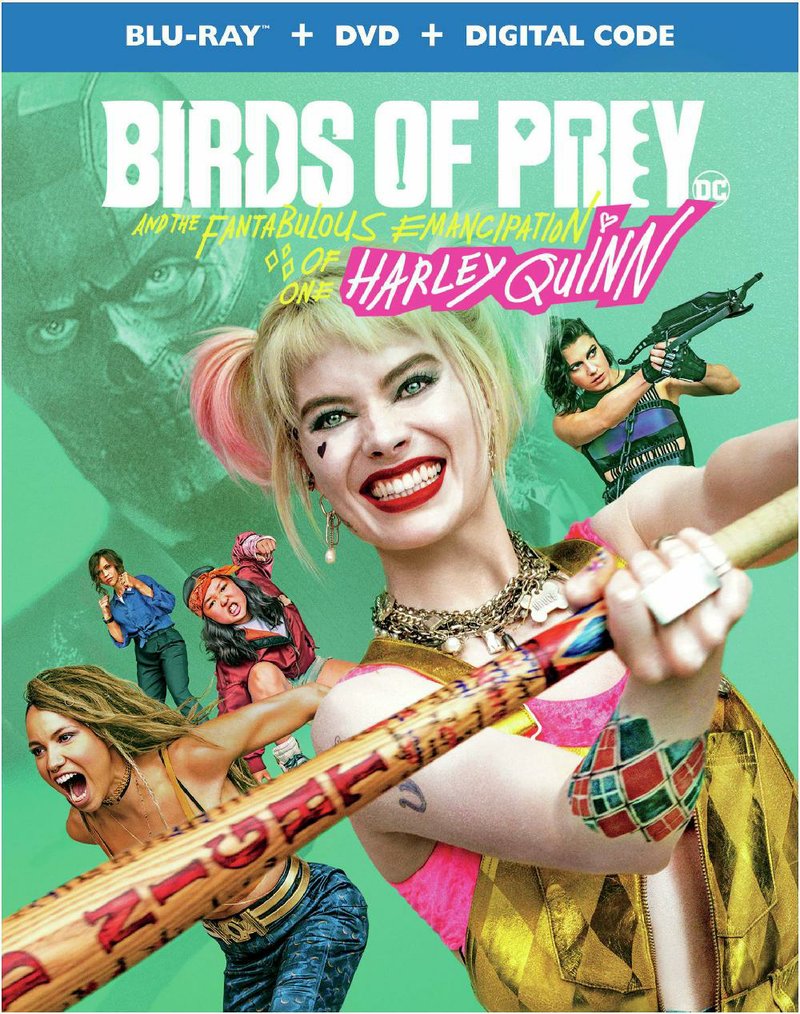 Profane, nutty, with a non-linear structure, and rife with psychotic criminals, absurd costumes, and deadly girl power, Cathy Yan's Birds of Prey might be exactly the sort of rowdy escapism we need right now.

Those of us who don't keep up with comics might not know that Harley Quinn, introduced in 2016's Suicide Squad, is a cohort and occasional bed partner of the Joker, who was her patient when she worked as an intern psychologist at Gotham City's Arkham Asylum. She's by turns girly and cruel, adorable and violent, and impossible to ignore.

Birds of Prey follows Harley (played with exuberant craziness by producer Margot Robbie) as she and fellow female superheroes Black Canary, Huntress and Renee Montoya battle to save a teenage thief from the evil intentions of a crime lord.

By the way, the full title is Birds of Prey: And the Fantabulous Emancipation of One Harley Quinn.

The Call of the Wild (PG, 1 hour, 40 minutes) A big lovable St. Bernard-collie mix named Buck (unfortunately computer-generated) is snatched from his comfortable California household to join a mail delivery sled team in the Alaskan Yukon during the 1890s gold rush. Adapted from Jack London's 1903 novel, as are many other versions starting in 1923, all of which use real dogs. With Harrison Ford, Dan Stevens, Karen Gillan; directed by Chris Sanders.

The Traitor (R, 2 hours, 33 minutes) Based on the real-life experiences of Tommaso Buscetta, a mafia informant in 1980s Sicily, this violent drama of the consequences of betrayal illustrates the challenges of defying the law and the Cosa Nostra. With Pierfrancesco Favino, Luigi Lo Cascio; directed by co-written by Marco Bellocchio.

Samurai Marathon 1855 (not rated, 1 hour, 43 minutes) An action-packed adventure that's not always sure where it wants to go in which a young ninja competes in a brutal marathon ordered by an aging lord to challenge his slothful samurais. With Takeru Satoh, Nana Komatsu, Mira Moriyama; directed and co-written by Bernard Rose.

The Photograph (PG-13, 1 hour, 46 minutes) A subtle, strong story of family and connection is at the center of this stylish romantic drama concerning the estranged daughter of a famous photographer who seeks to learn about her after her mother's sudden death, with a tucked-away photograph serving as a clue to an unknown past. With Chelsea Peretti, LaKeith Stanfield, Courtney B. Vance, Issa Rae; directed by Stella Meghie.

Lazy Susan (not rated, 1 hour, 30 minutes) A so-so attempt at comedy is on display in this story about a no-account freeloading Wisconsin woman who decides it's time to take care of herself, a task for which she is totally unprepared. With an over-qualified cast including Allison Janney, Matthew Broderick, Margo Martindale, Sean Hayes; directed by Nick Peet.

They're Inside (not rated, 1 hour, 23 minutes) What's real and what's not is up for grabs in this horror tale in which a wannabe filmmaker and her sister, accompanied by a small crew, set up in a remote cabin to film a passion project, where strange occurrences and unwelcome guests complicate their efforts. With Karli Hall, Amanda Kathleen Ward, Jake Ferree; directed by John-Paul Panelli.

Laces (not rated, 1 hour, 38 minutes) A unique comedic drama with an overlay of emotion that reveals a complicated relationship between an aging Jerusalem garage owner with a negative attitude toward people with disabilities and his 36-year-old special-needs son, whom he abandoned while he was still a young boy. With Doval'e Glickman, Nevo Kimchi, Evelin Hagoel; directed by Jacob Goldwasser.

Lost Transmissions (not rated,1 hour, 45 minutes) A troubling if inadequate look at mental illness is demonstrated when respected music producer Theo Ross (Simon Pegg) goes off his medication for schizophrenia, his concerned friends make a herculean effort to pursue him through the glamorous, uproarious Los Angeles music scene to get him the psychiatric help he desperately needs. With Alexandra Daddario, Juno Temple; written and directed by Katharine O'Brien.