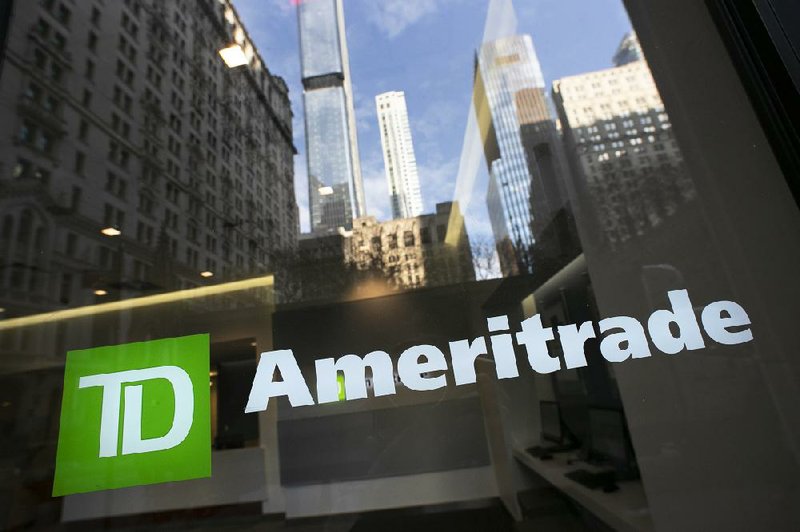 LOS ANGELES -- The lure of snapping up stocks at bargain prices has been too strong to pass up for many people, even as uncertainty over the coronavirus pandemic clouds the market and global economic outlook.

Stuck at home, but armed with online trading apps, individual investors helped drive the historic comeback for stocks since late March, despite a backdrop of historic job losses, forecasts of sinking corporate profits and a global recession due to the economic fallout from the outbreak.

The market's rally, which accelerated in April as the Federal Reserve and Congress opened an unprecedented spigot of financial aid to prop up the economy and ensure trading on Wall Street didn't skip a beat, has pushed up the S&P 500 about 26% higher following a 34% plunge from February into late March.

Many professional investors remain wary about the sustainability of the market's recent gains, however, given that the outlook for corporate earnings growth, a key driver of stock prices, remains uncertain at best as long as the outbreak continues to undermine efforts to reopen the economy. For many regular investors, those concerns have apparently taken a back seat to the temptation to take advantage of recent price drops to load up on stocks.

"In the last 10 years, this market's had a pretty substantial bull run," said Steven Quirk, executive vice president of Trading & Education at TD Ameritrade. "If you had bought the dips even when we've seen a correction, you'd have been rewarded."

Several of the biggest online investment brokerages have seen a record surge this year in accounts opened by individual investors, sometimes referred to as retail investors in the industry, and a record volume of trades.

The surge in new brokerage accounts may also be partly due to an industrywide push to lower or eliminate trading fees, a trend that accelerated last year. ETrade, Vanguard, Fidelity, Charles Schwab and TD Ameritrade now offer commission-free online trading. That's given investors license to trade more frequently without having to worry about the cost.

"The commission-free really kind of set the table for an environment where now you have an opportune time to use that as a way to take advantage of the market, and clearly people did," Quirk said .

All told, some 608,000 new retail trading accounts opened in the first three months of the year at TD Ameritrade, a high-water mark for the company. That represents a more than three-fold increase from the same quarter last year.

"The biggest month we had for account openings in the quarter was March, when all of this was unfolding," Quirk said.

"We pretty much shattered any record that we had in the firm," said Chris Larkin, ETrade's managing director of Trading and Investing Product.

At Fidelity Investments, the largest online brokerage, more than 1.1 million new retail investor accounts were opened in the first quarter, a company record, with some 525,000 accounts opened in March alone. Average daily trading volume for the accounts more than doubled from a year earlier, the company said.

Not surprisingly, much of the trading involved buying. The buy-sell ratio for the quarter was 1.55, which means for every 1 sell order, investors put in 1.55 buy orders. In the same quarter last year it was 1.25, Fidelity said.

Investors at ETrade were also more apt to put in buy trades.

"By the end of March, certainly through April, we saw clients as net buyers into the marketplace, taking advantage of the downturn in that point in time," Larkin said.

Not all individual investors have been quick to snap up stocks. Many with work-sponsored 401(k) plans or other retirement accounts mostly have stayed put and remained hands-off through the market's wild swings.

At Fidelity, changes to retirement account holdings or plan contributions have not been dramatic, said Katie Taylor, vice president of thought leadership.

"We're not seeing huge increases in people stopping or increasing contributions," she said.

At Vanguard, nearly 9 in 10 investors did not trade in response to the market decline in the first quarter, the company said.

Those with only a defined contribution retirement account showed the lowest appetite for trading. Only 4.2% traded between February 19th, the market's last peak, and April 30th. And a mere 0.4% of them shifted to an all-cash portfolio.

Overall, most Vanguard investors who did make trades since late February ended up moving money primarily into stocks, the company said.

"Trading is definitely up, but I would not say it's up alarmingly," said Jean Young, senior research associate with Vanguard Investment Strategy Group. "The dominant behavior is not to trade."