Mohajir hopeful of having full season 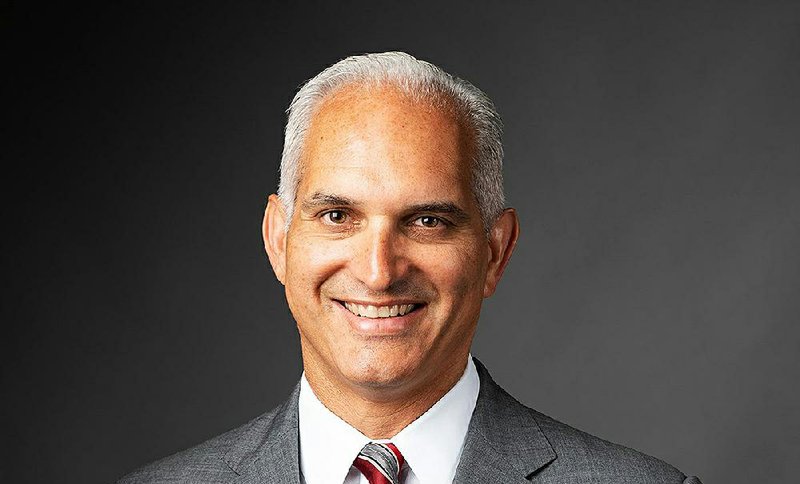 Uncertainty swelling around the college football season this fall remains rampant far and wide because of the coronavirus pandemic, but Arkansas State University Athletic Director Terry Mohajir is continuing to stay hopeful about the prospect of a season taking place.

"I'm a very optimistic person by nature," Mohajir told the Arkansas Democrat-Gazette, "and I feel like it's going to happen."

There are many variables that college presidents and administrators will have to consider, and no one is returning to the field before health and government officials -- both at the state and local levels -- have had their say.

The worst-kept secret in college sports is how badly the vast majority of athletic departments rely on the revenue generated from football to operate. Athletic directors around the country are losing sleep every night wondering what will happen if the season gets delayed or, worse, games are canceled.

"If I had a dime for every time someone said, 'I don't know,' we'd all be able to fund our programs," Mohajir said of the fall's lingering uncertainty. "Just everything's day to day. It's like dog years -- what happened yesterday may have seemed like five weeks ago. It's just a matter of just trying to learn as much as you possibly can, trying to take your guidance from the states, your university leadership."

From day one, Mohajir has been in favor of pushing the season back, possibly even into the spring if necessary, and he doesn't prefer to see a shortened, potentially conference-only schedule.

"Preserving our 12-game schedule," Mohajir said, "is paramount in my mind."

It's especially important for schools like Arkansas State, which plays a nonconference "buy game" every year that delivers a big pay day for the athletic department.

The Red Wolves are scheduled to face at Michigan on Sept. 19. ASU will receive $1.8 million for that game, win or lose.

However, issues could arise with teams' nonconference and conference schedules if different schools decide to start the football season sooner than others. NCAA President Mark Emmert told ESPN on Tuesday that there won't be a required uniform start for college sports seasons this fall and that even conferences won't be able to dictate when they'll begin. Scheduling altogether could become a serious problem. A state like Michigan could be in a much different situation than Arkansas when it comes to the coronavirus by the fall.

Mohajir said he hasn't had any conversations with Michigan officials about the game between the schools, and he expects to play the game -- the entire season, for that matter.

"It's just as important to them as it is us," Mohajir said. "I think there's this misnomer that nonconference games aren't important to teams. Nonconference games are as important as any, especially when you're at a level of Michigan that relies on full stadiums every week. You budget accordingly. Whether you play Arkansas State or Illinois, Purdue or Maryland or Michigan State, that game matters, because it's worth significant revenue. I know they want to have the game as much as we want to have the game."

Mohajir said Wednesday that ASU plans to have its football players back on campus June 1. The state of Arkansas has slowly eased up on some social distancing restrictions this month.

However, no organized team activities or workouts will be taking place for the Red Wolves until the NCAA and the Sun Belt Conference say so. The idea of football teams working out together, holding in-person meetings or practicing could still be a ways off, and if a delay continues deep into the summer, the start of the season could be affected.

In regard to the season, you can argue it begins and ends with the dilemma that schools could find themselves in if students are not allowed back on campus come the fall semester. Many universities nationally have already announced their intentions of having students on campus in the fall and holding in-person classes, including ASU.

But things can always change, and no one can say for sure what is or isn't going to happen a few months from now.

"I think the perception of a football team playing football games and there's not students on campus is probably not something any of us -- any of the practitioners or any of the presidents or CEOs, the higher-ed administration -- would really want to broach," Mohajir said. "If you're playing football games, that means your football players are on campus, and I'm not sure that's right to have your football team on campus in school and you don't have regular students on campus."

That also leads into the uncertainty over whether fans will be allowed in the stands for games if a season happens -- either at full capacity, a significantly reduced capacity or not at all.

Once again, Mohajir said he was optimistic about having fans in the stadium.

"This is a volunteer basis, just like if people wanted to go in to a restaurant or whatever else, that's on their own. My job is if we have fans, that we provide as safe of an environment as possible for those fans so they feel comfortable coming to the games."