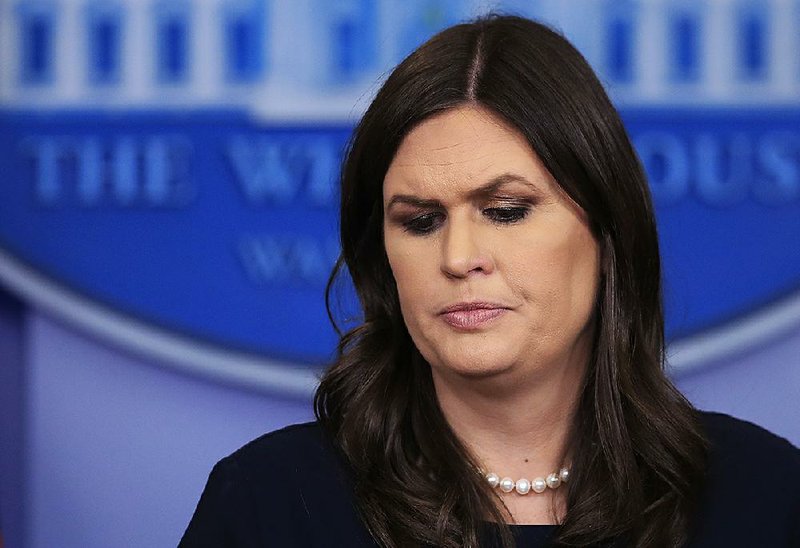 Known as the Arkansas 30 Day Fund, it will provide up to $3,000 to entrepreneurs fighting to survive in the the global pandemic, she said.

A formal announcement will be made Monday, the same day that the organization begins accepting applications, she said.

Modeled after a similar program in Virginia, the Arkansas fund will offer assistance to businesses that employ three to 30 people. In order to qualify, the business must have been in operation for at least a year and must be owned and operated by an Arkansan.

The new organization will be nonpartisan and nonprofit, Sanders said. A website, Arkansas30dayfund.com, was scheduled to go live this morning, she said.

It will include additional information about the loan program as well as an application.

Applicants will be asked to submit a copy of their W-9 IRS forms and their business licenses as well as a short video.

The Virginia 30 Day Fund was opened in early April by Pete Snyder, chief executive officer of Disruptor Capital, and his wife, Burson Snyder. The couple provided the first $100,000 in funding.

As word spread, others donated funds as well.

Since its formation, the Virginia fund has provided loans to 167 small businesses totaling $500,000.

After hearing about the Virginia efforts, Sanders decided a similar approach could benefit hard-hit Arkansans.

"My husband and I have been looking for ways that we could help that... actually made a difference for people," she said. "We've done little things here and there but didn't feel like it had quite the far-reaching impact that it could and wanted to figure out a way to do that."

She reached out to Peter Snyder, a friend and fellow Republican activist, and he encouraged her to start a similar effort in Arkansas.

In an interview Thursday, Snyder said he's pleased that the concept is spreading.

"It's exactly what we want," he said.

The fund's online application is designed to be "Quick. Easy. Free of red tape."

The form can be completed in 10 minutes, he said. The organization aims to process the paperwork and give applicants an answer within three days, he added.

With the help of U.S. Sen. Mark Warner, D-Va., the fund was able to get its tax-exempt certification letter from the Internal Revenue Service earlier this month.

That will help free access to another $1 million in contributions and pledges that the group has obtained, he said.

The need for assistance is enormous, according to Snyder.

When he calls business owners and tells them that their loan has been granted, the responses are often emotional.

"Sixty percent of the time they cry over $3,000, and it's tears of joy. I never expected that," he said. "It's been wonderful, it's been heartbreaking, it's been heartwarming -- all at the same time."

Recipients aren't required to repay the money, he said. When loans are voluntarily repaid, the money goes back into the fund so that other hard-hit business owners can be assisted.

In an interview, Sanders said that there's strong support for an Arkansas fund.

"I've had a tremendous response from people around the state state who want to help," she said.

The Virginia fund has brought Democrats and Republicans together, Snyder said.

Sanders, who is the daughter of former Arkansas Gov. Mike Huckabee, said her vision is similar.

"It's not political," she said. "This is nonpartisan. I'm going to be looking and working in partnership with people that might not agree with me on anything else, other than helping other people in our community."

The loans won't have to be repaid, she said.

"If people get to a place where they can give the money back, we'd love for them to be able to pay it forward and invest the money back into the Arkansas 30 Day Fund to help another small business," she said.

Sanders has been working on the project while also caring for her three young children.

Because of the health emergency, "I'm home-schooling my kids, which I've learned is a very difficult task," she said.

Asked how the White House has handled the crisis, Sanders gave the administration high marks.

"I think they've done a tremendous job with a very difficult and unprecedented situation," she said.

She praised the decision in January to restrict travel between China and the United States.

"The other big thing that I think they've done that's been very smart is play the role the federal government is supposed to and that is provide resources to the states so that the state's governors and mayors can make the decisions," she said. "They've provided the resources that those individuals have requested, but they haven't mandated and dictated how each state needs to operate."