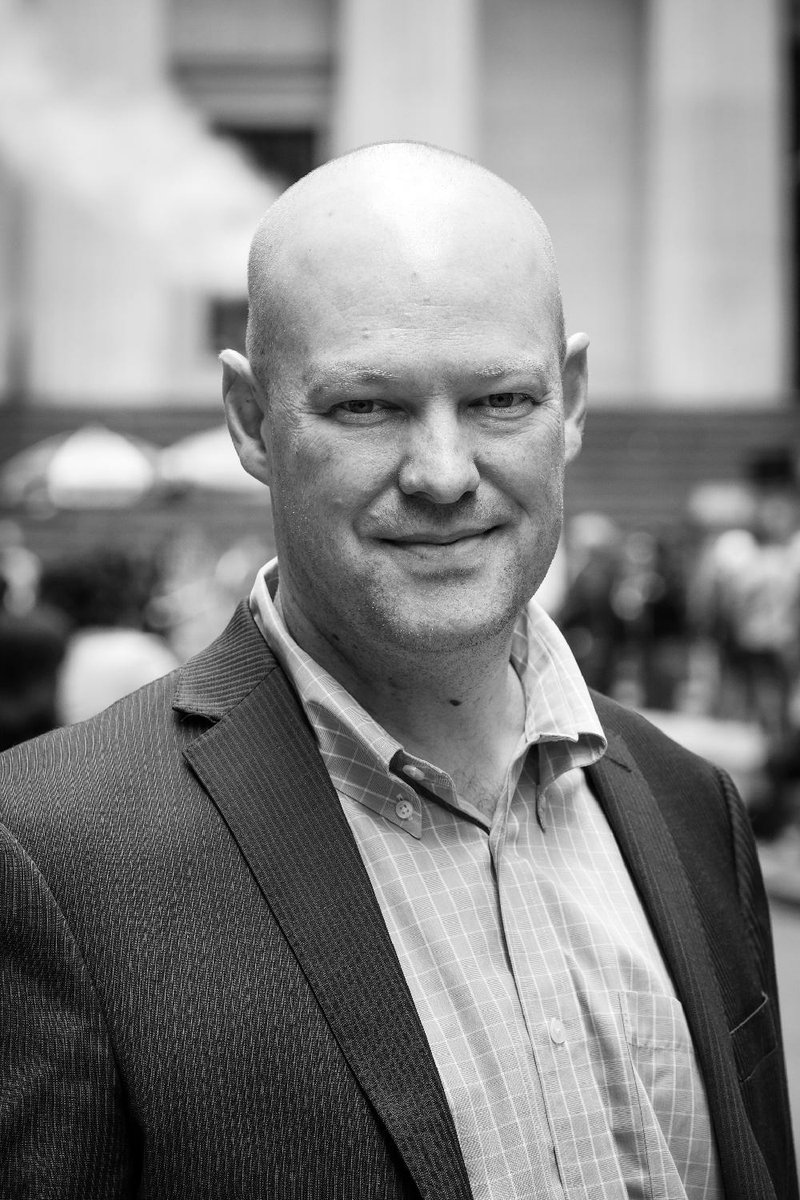 Todd von Helms, author of the book Before You Leave: For College, Career, and Eternity, believes young people need to have a deeper understanding of the Bible and its history. (Special to the Democrat-Gazette)

Christian teenagers with a shallow knowledge of the scriptures often have their faith challenged once they head to university, according to Todd von Helms , author of Before You Leave: For College, Career, and Eternity.

While it's great to learn memory verses, von Helms says young people need to have a deeper understanding of the Bible and its history.

"Most Christians have never read the Bible cover to cover and therefore are unfamiliar with what it says," he writes in the book, which goes on sale Sunday.

As a result, young people are often unprepared for what awaits them on campus.

Von Helms, 47, knows what it's like from personal experience.

He grew up learning about the Bible in Dallas-area Methodist and Baptist churches. But he didn't actually read the scriptures, Genesis through Revelation, until after he enrolled at the University of Texas.

One of his classes, "The Bible In English and American Literature," was taught by a former Catholic priest with extensive studies in Latin, canon law, church history and moral theology.

"The man knew the Bible backwards and forwards. In fact, he probably knew the Bible as well as anyone I have ever met," von Helms said in an interview.

In Austin, von Helms learned how the Bible had come into being.

Initially, the New Testament was 27 separate books -- four Gospels, 21 letters (called epistles), an account of the church's early days (known as the Acts of the Apostles) and the book of Revelation.

They weren't combined into a single book until hundreds of years later. A church council ultimately determined which books were worthy of inclusion in the inspired canon and which were not.

Von Helms was also surprised to learn that there are some discrepancies between the oldest Greek gospel manuscripts and the words in the King James Version.

The gist was the same. But there were a few words, entire verses in fact, that aren't found in the earliest versions, he was told.

Von Helms didn't have to take an academic's word for it. All he had to do was consult a modern Bible translation and read the footnotes.

During school breaks, von Helms would return to Ellis County and share what he'd been learning.

Fellow churchgoers failed to greet his discoveries with scholarly enthusiasm.

"When I returned home to ask Christian leaders about what my professors were teaching me, the responses were not helpful. Typically, I would hear, 'You can't trust what that professor is telling you, for he doesn't know the author of the Bible.' One leader said, 'Don't waste your time with stuff like that!' Another said, 'You shouldn't ask such questions. Instead, you really just need to have faith and believe that the Bible is perfect.' To my surprise, some of the well-meaning people I asked for advice said, 'I don't know,' or 'I've never heard the questions you are posing.' Those responses caused me to question if my mentors in the faith were versions of the caricatures that the critics were talking about -- narrow-minded, biblically inept Christians. Though my church leaders loved me and were faithful in proclaiming the gospel and teaching from the Bible, some of them were ill-equipped to answer the particular questions that were challenging my faith."

In Austin, "My faith was really challenged and my view of the Bible was challenged," von Helms said.

While some campus figures are seeking converts, Kaulbach wasn't among them.

"He said 'If you're going to be a Christian be a good one. Know what the Bible actually says. Don't just parrot these things and quote things out of context,'" von Helms recalled.

It's an exhortation that stuck with von Helms. For nearly three decades, he has worked to deepen his knowledge of the Old and New Testaments, the early church fathers and the creeds.

Ultimately, von Helms came to believe that the Bible was God's word and contained God's perfect plan of salvation, even if its human scribes were sometimes fallible.

He served, for a time, as an assistant professor at Dallas Baptist University, teaching history, world religions, systematic theology and Christian doctrine, among other topics.

Currently, a senior fellow at the King's College in New York City, von Helms remains Dallas Baptist's Presidential Scholar for Christianity and Culture as well as the Senior Fellow for the Center for Faith and Culture at Southeastern Seminary in Wake Forest, N.C.

In addition to being a scholar and speaker, von Helms is also a minister.

Though his ordination is Baptist, Helms' ministry experience is ecumenical.

"I'd rather say I'm a Christ-follower and a Christian," he said when asked about his denominational affiliation.

At Southern Methodist University, he served as a university chaplain fellow. And in Raleigh, N.C., he was a chaplain and interim headmaster at St. David's School, an institution with Episcopal roots.

Since moving to North Carolina, he's immersed himself in the Anglican tradition, enjoying its rituals and memorizing passages from the Book of Common Prayer.

After his stint as headmaster, St. David's gave him a sabbatical, which enabled him to write Before You Leave.

The book, von Helms said, is aimed at multiple audiences. Teenagers headed off to college; recent university graduates at the dawn of their professional careers; older readers on the cusp of retirement.

The first chapter focuses on the Bible. The second examines atheism. The third explores Christian views of the devil while the fourth looks at traditional church teachings about hell. A fifth chapter is devoted to prayer. Each concludes with questions for the reader to ponder.

The typical reader, von Helms said, will be a Christian, but he hopes others will read it as well.

"[I want] to get people to think and to look at history, look at doctrine, look at the scriptures."

Originally, the book was slated for an April release. It was going to be a traditional roll out, with book signings and speaking engagements across the country.

Since bookstores are closed, he's pointing potential readers to Amazon.com.

When the world isn't in the midst of a global pandemic, von Helms also organizes speakers series events, including the King's Forum in New York and similar gatherings in Raleigh, Dallas and various other cities throughout the country.

"We'll have hundreds of people show up to hear these compelling speakers, whether they're authors or professors or they're just Christian within different vocations," he said.

He's also assisted with the City Center Conversations in Little Rock, helping organizers find national leaders who discuss how their faith shapes their life and vocation.

The gatherings have been popular.

"They've been drawing anywhere from 500 to 1,000 people now for the past two years, once every couple of months in Little Rock," he said.

The events are designed to be "intellectually and spiritually stimulating" and to draw people together, he said.

These days, "people tend to stay with their own denomination or their own group," he said.

"It's important for there to be a free exchange of ideas and for people to learn to agree to disagree and to do so in a respectful way and to learn from each other," he added.